It’s too big and boozy. It’s overpriced. And it doesn’t work with food. For one of the most recognisable names in fine wine, Châteauneuf-du-Pape sure takes a lot of flak. And let’s be frank: these allegations aren’t entirely unfounded – over the past few decades, many wines have become bloated on their own success. Equally, if you know where to look, there are plenty of balanced and highly drinkable wines to explore. But Châteauneuf is an unusually varied style of wine, and therein lies the problem…

Part of the struggle in getting to know the southern Rhône heavyweight is that, unlike in Bordeaux and Burgundy, there is no established guide that ranks the wines. Châteauneuf is a gigantic region, with 3,200 hectares of vineyards, and while officials have toyed with classifications in the past, the motion has never been passed. So instead of individual estates making a proliferation of premiers and grands crus, it was traditional for Châteauneuf growers to make just one single red wine (and perhaps a white).

In the late 1980s, though, several estates independently produced premium bottlings – or ‘Cuvées Spéciales’ – alongside their standard house blend, which became known as their ‘Tradition’ bottling. Cuvées Spéciales quickly gained interest from critics, notably Robert Parker, and points followed. And what do points make? Precisely. Suddenly a region that had long been in the doldrums started to look a little smarter.

To begin with, these ambitious new blends were welcomed. By bottling the very best barrels that might otherwise have ended up lost in large blends, Cuvée Spéciales helped to raise the bar. They attracted interest around the world and helped winemakers increase their prices, which produced a virtuous circle of investment and improved quality. But exactly what constitutes a Cuvée Spéciale was never officially ratified. It became a free-for-all, with winemakers trying everything to impress, stand out and win the adulation of certain critics. Overripeness, rampaging alcohol, overextraction, new oak… In the cacophonous crowd, wines of subtlety and nuance were pushed aside.

Over the past decade, the stylistic pendulum has started to swing back. You can still find exaggerated wines, but other estates have turned down the volume, and are making much better wines as a result

Châteauneuf has always been a charismatically well-built style. But while the best wines of the 1960s had the charisma of Marlon Brando, those of the late 1990s displayed all the refinement of mid-career Sylvester Stallone – loud and muscular blockbusters that could get a bit tiring. And these ‘modern’ Châteauneufs, like some of the oeuvre of Mr. Stallone, did not age well.

Over the past decade, the stylistic pendulum has started to swing back. You can still find exaggerated wines that strain at the seams; they still have their fans and sell well on high scores. But other estates have turned down the volume, and are making much better wines as a result. It’s also worth pointing out that not all Cuvées Spéciales are exaggerated or overblown; increasingly they tend to represent parcel selections. This does suggest more concentration and intensity, but in the right hands that doesn’t equate to a lack of balance or drinkability – they just need more time in bottle before fully expressing themselves. And of course, some estates refused to board the Cuvée Spéciale bandwagon in the first place. The Avril family of Clos des Papes, for example, have only ever made one red Châteauneuf cuvée, and they have always made exceptionally elegant wines.

If you’re looking for complexity and drinkability, the ageing of Châteauneuf is a crucial element. The wines are typically built around Grenache, which means they don’t take years to soften like Cabernet Sauvignon or Nebbiolo; the wines are lush and succulent, even straight after bottling. Yes, you can drink them young; but this doesn’t mean you should. Like any great wine, they show their best when fully mature. Some Traditions are designed to be drunk young, but many are better after 6 to 8 years; Cuvées Spéciales are usually at their best between 10 and 20 years.

If you don’t have any older wines in your cellar, though, don’t worry. You can still pick up single bottles in the UK from top domaines, fully mature from great vintages, for £50. Exceptional years in Châteauneuf that are drinking well now are 1978, 1989, 1990, 1998, 2001 and 2007. The best 2010s aren’t ready yet, but the 2012s getting there. Another tip for those seeking less bombastic Châteauneufs is to consider less fêted years such as 2008 and 2014. Stick to the very best domaines and these can be a source of relatively inexpensive, lighter wines that are ready to drink now. Recent vintages that have attracted a lot of interest are 2019 and 2016. These are up there with the best of recent decades, but many of these will be monolithic or inexpressive if you open them now. I wouldn’t consider drinking a Château Lafite 2016 today; nor would I open my top Châteauneufs.

The sunny, stony Provençal plains will always produce wines with a certain weight and generosity. It’s what defines Châteauneuf, and what the land delivers. Winemakers can push ripeness and concentration to extremes if they wish, conjuring up outlandish, extravagant beasts. Some wine lovers adore these creations, and there’s nothing wrong with that. But naysayers shouldn’t write off the region on the back of these wines alone. Instead, try spending time with some of the more approachable cuvées from estates such as those listed here, whose winemakers have something interesting to say. You’ll find they don’t need to shout.

The new issue of Club Oenologique, out this week, is themed around the Rhône, from the pure, unspoilt Syrah of Cornas to the heady blend of Châteauneuf-du-Pape. In the issue we explore the region’s appeal today and its legacy further afield, from South Africa to Australia, with insights from the likes of Oz Clarke, Simon Field MW, Natasha Hughes MW and John Livingstone-Learmonth.

Starting to show some autumn leaf character and a little beetroot – reminiscent of old Pinot Noir on the nose. A little touch of sweetness on your tongue, strawberry, caramel… Read More

‘Cuvée Laurence’ is aged for longer in large oak barrels, bringing it to maturity quicker. Fermented with the stems, making for a fresh and savoury style with sage and bay… Read More

A northly location, and some north-facing slopes make for a leaner style. This is just coming into maturity, with a little almond and walnut nuttiness, a touch of ripe blackberry… Read More

Delightfully old-fashioned style showing off an array of herbs and spices: lavender, rosemary, cola. Potpourri and sweet fruit on the palate. Medium-bodied, tannins are present but not intense, the wine… Read More 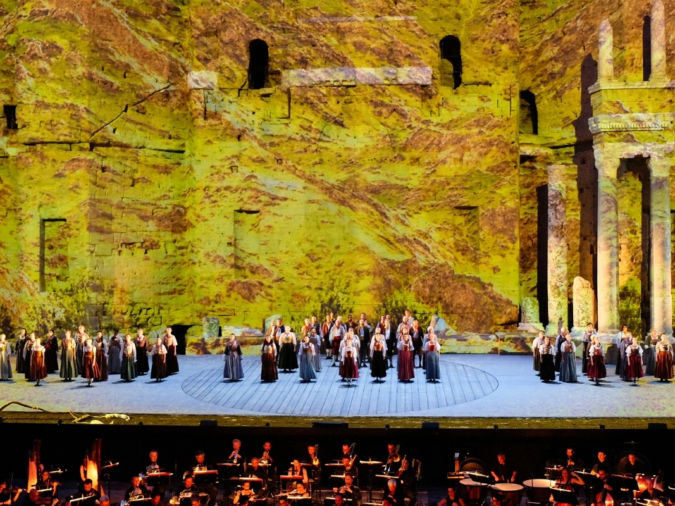 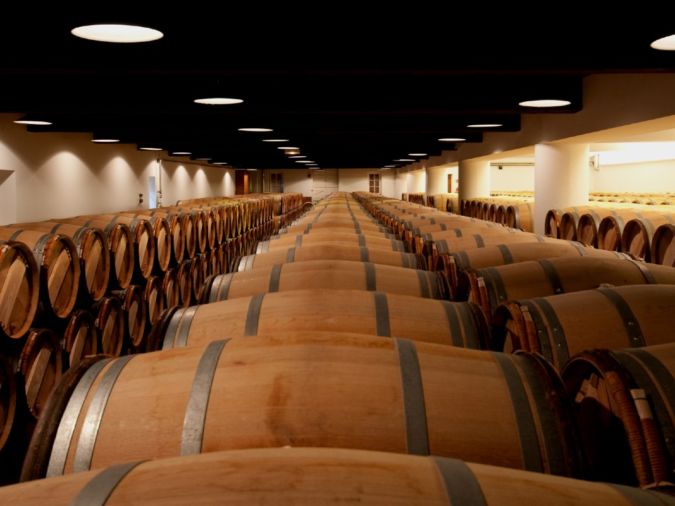 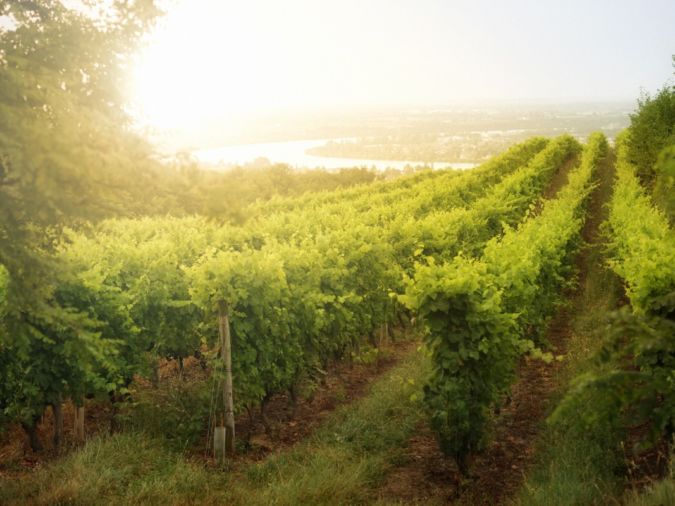 The amazing dream of St-Joseph 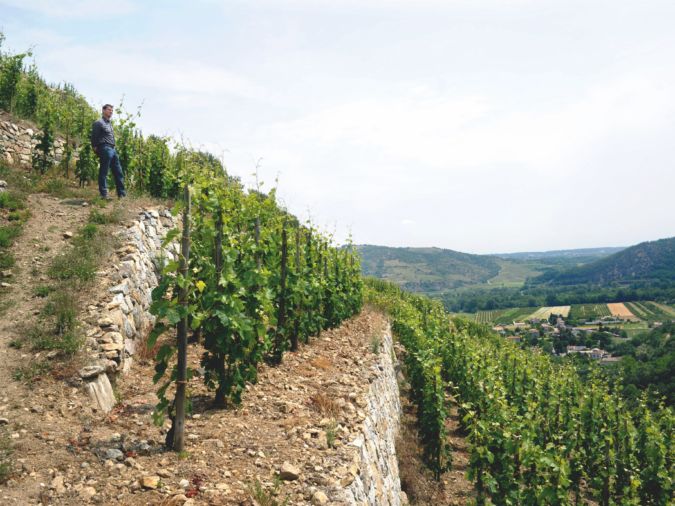