There was a time when rosé meant Mateus. A favourite of the Queen (and, less boast-worthily, Saddam Hussein), few 1970s dinner tables were without its distinctive flask-shaped bottle, whether enjoyed for the uniquely sweet appeal of its content, or repurposed as a candlestick.

The brand once accounted for 40% of Portugal’s wine exports before eventually being swept aside by the winds of wine fashion. For a long time thereafter, rosé remained in the doldrums. It took the winemakers of Provence to prove that it is possible to be pale and interesting.

Rosé now accounts for more than 10% of the wine we buy in the UK, and it is difficult to overstate the success of Provence in driving that popularity. Last year alone, exports to the UK soared over 50% in both volume and value, according to the CIVP (Conseil Interprofessionnel des Vins de Provence), with the UK’s 11.56 million bottles making it the region’s second largest export market after the United States.

Traditionally assumed to be a summer wine for poolside sipping, the more serious, premium rosé renderings are increasingly being acknowledged for their year-round food-pairing potential. In its annual food and drink report last year, Waitrose reported an autumnal increase of 57% in sales of rosé, compared with the previous year, suggesting that we’re still happy to sink the pink when the temperatures drop.

“There has been a rapid rise in the quality of rosé globally,” says Liz Gabay MW, author of ‘Rosé: Understanding the Pink Wine Revolution’. “Five years ago, I was tasting wines that were clunky, lacked freshness or were unbalanced. The same producers are now making much finer, fresher wines. The competition is hotter, and the divide between these wines and those which were previously light years ahead in terms of great rosé is getting smaller.

“As winemakers become more confident making good rosé, they will explore how to define their own regional styles to express their local varieties and character,” she adds.

Gabay’s prediction is supported by the diversity of successful rosé entries at the IWSC last year. Though Provence was well represented, with a gold medal for Chevalier Torpez’s Bravade 2019 – an “expressive and finely etched” wine from a historic producer located in the heart of St Tropez – there was also a succession of medal winners from countries and varieties much less synonymous with pink.

A Greek Xinomavro rosé, Alpha Estate Single Vineyard Hedgehog 2019, from the cooler-climate northern region of Amyndeo, also took gold, singled out for its “complexity and balance”, and – the only 2020 gold-medal-winning wine from New Zealand – te Pa Pinot Noir Rosé 2020, from Marlborough’s Southern Valleys, was described as “a perfect benchmark for the style.” Perhaps unsurprisingly, the wine is now sold out.

In a column for Club Oenologique last summer, the veteran wine writer Oz Clarke predicted rosé would be the next big thing for England’s insurgent wine industry, suggesting the quality of its Pinot Noir and Meunier would make some of the best still rosé in Europe. The IWSC results suggest his prophecy is already – literally – bearing fruit.

Cornwall’s Camel Valley winery, planted by ex-RAF pilot Bob Lindo and his wife Annie in 1989, is already celebrated for its traditional method sparkling rosé, awarded 94 points at the IWSC. Now its sister wine, a still Pinot Noir rosé, is gaining pace, also winning a silver medal for its “generous cranberry, peach palate embroidered with lovely acidity”. Another star of the English sparkling scene, Gusbourne – a former IWSC English producer of the year, based on a 15th century estate in Kent – also scooped silver for its Cherry Garden Vineyard 2019 rosé, a limited-edition, single-vineyard Pinot Noir that’s only in its second vintage.

With the market for rosé seemingly insatiable, stylistic differences between region are increasingly coming into play – even within individual regions. Provence wines, in particular, are becoming far more nuanced these days, and increasingly sophisticated – with price tags to match.

The CIVP is focusing on the terroir-driven diversity of its three appellations – Coteaux d’Aix-en-Provence, Coteaux Varois and the larger Côtes de Provence, with its sub-regions of Sainte-Victoire, Fréjus, La Londe and Pierrefeu – to sell the subtle variations in character, inspired more by soil-type and altitude than the baby-pink colour that Provence rosé has made its own.

“Provence has to be more than pale to identify its character – and it is – it’s just not super good at promoting what that character is,” says Gabay. “Colour is irrelevant. It depends on variety, vintage and winemaking.”

Whether such details were on the minds of Mateus fans back in the 1970s is open to question, but one thing’s for sure – rosé devotees today have a far wider circle from which to draw.

Top 20 rosé wines from around the world

A perfect benchmark for the style. A broad and concentrated palate of sweet candied cherries, strawberries and cream, and ripe rhubarb are lifted on the palate by fresh acidity. The… Read More

Elegant, charming and classy with notes of peach. Developing on the palate to hints of perfumed peaches and red fruit. Complex with a unique texture that is excellently balanced. A… Read More

So expressive with savoury aspects: orange grove and hints of anise. The fruit, savoury and spice characters are finely etched and interwoven with each element playing its part and seemlessly… Read More

It has an attractive fragrance and fruit profile – red fruits and peach, along with some almond. This wine is vertically-structured and dry and focused. Read More 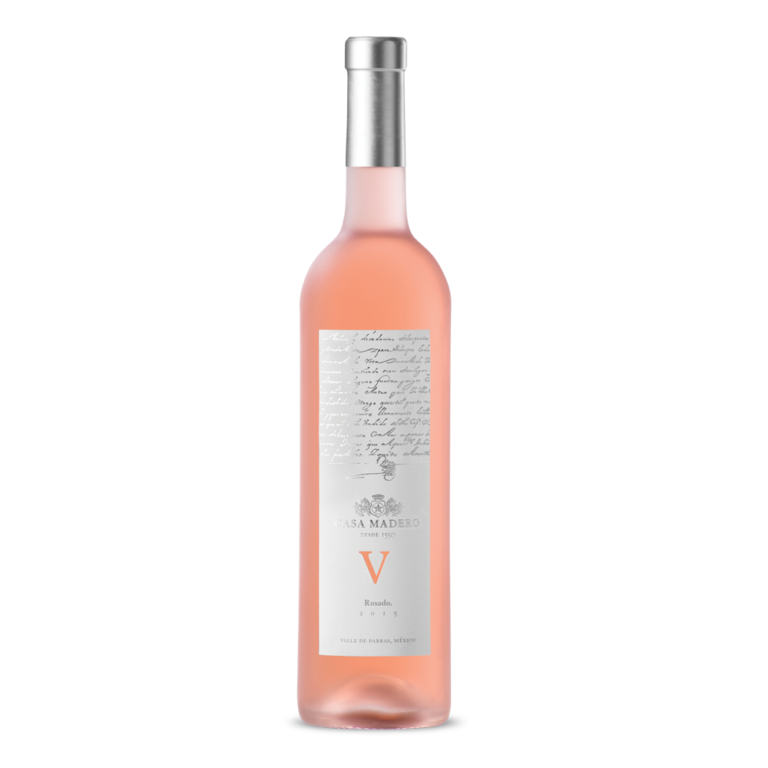 Refined floral nose with fresh berry and dark cherry fruit. It has a viscous, layered texture and zesty acidity to support it. Read More

Ripe strawberry, lime and honeydew melon aromas. It is medium to full in body, with a slight sherbert to the mid palate that feels lemon zesty on the finish alongside… Read More

Clouds of cherry and strawberries with cream on the nose and a light, precise blend of tart raspberry and dried raisins on a pretty palate. Leafy finish. Intensely feminine. Read More 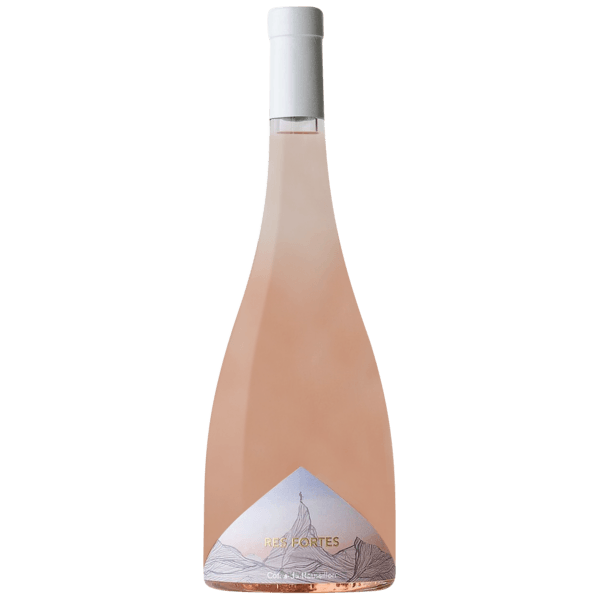 Highly aromatic and quite complex. Bright red cherry and strawberry fruit, with some citrus undertones and creaminess on the palate. Well-made and thoughtfully put together. Read More

Juicy strawberry, cherry and peach on the nose, with freshness and lift. The palate is driven by red fruit. Charming with some personality. Read More

Ultra pale rose. Distinguished palate focusing on the more savoury elements. This is a clean example with charm and good length. Read More

Aromatic with plum and anise. Attractive on the palate with good depth of fruit and made in a food friendly style. Nice length. Read More 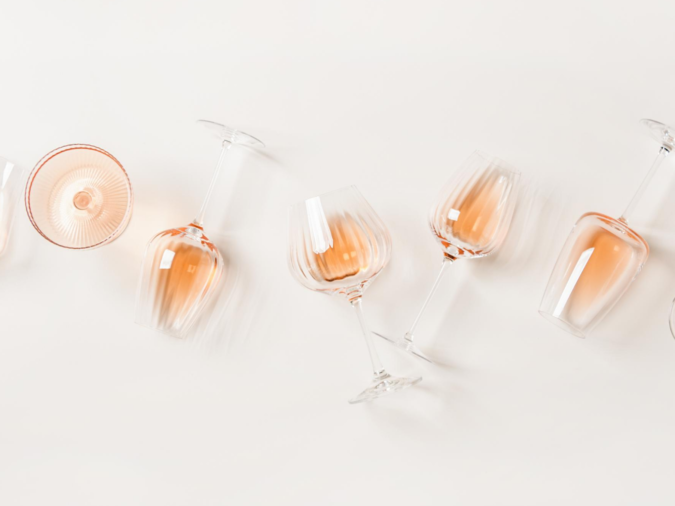 Top five French rosés (not made by celebrities) 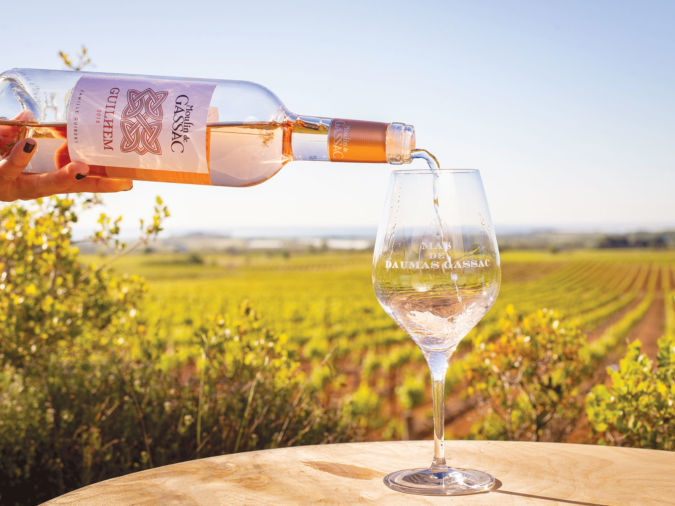 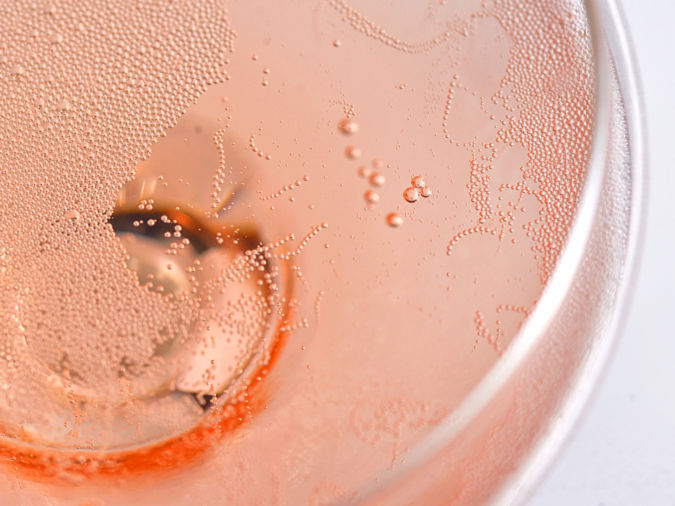