A winemaker friend in Rioja sent me a photo he’d taken in a Spanish discount store the other day. It was a 2011 Cepa Lebrel Gran Reserva, on the shelf at €3.89. ‘This is what we’re up against,’ he wrote.

Funnily enough, I’ve tasted wines under the same Lidl own label in the UK. They’re a bit more expensive here – blame HM Customs and Excise and exorbitant duty rates – but they’re pleasant enough, offering the kind of flavours that have made red Rioja Spain’s most popular wine export: soft tannins, sweet vanilla oak and summer berry fruit, all wrapped up in an appealing package. Ready to drink after nine years in barrel and bottle, the Cepa Lebrel has some age, too. No wonder it sells.

This, in essence, is Rioja’s problem, if problem is the right word. Very cheap wines from most of the world’s major wine regions are invariably undrinkable. You’d be taking your life in your hands opening a bottle of Barolo, Bordeaux or red Burgundy at that price. But Rioja is rarely terrible, even when it’s sloshing around in the depths of wine’s bargain basement. This is a plus point in some ways – what’s wrong with a bit of reliability in topsy-turvy times? – but it also means that, in many people’s eyes, Rioja lacks gravitas. In the fine wine world, it is, to quote TS Eliot discussing Hamlet, ‘an attendant lord, one that will do / To swell a progress, start a scene or two’. Rioja rarely holds centre stage.

The people who run the very influential local Consejo Regulador don’t see it this way, of course. They can rightly point to the fact that at a time when many regions in Spain and elsewhere are uprooting vineyards faster than you can say, ‘Where’s the subsidy payment?’ Rioja continues to expand. The area under vine is now 66,239ha, up 913ha on 2018’s figure. As recently as 1990, there were just 43,074ha. Rioja has grown exponentially in the past 30 years. It’s a success story in many ways.

This all sounds pretty positive, but a lot of these new vineyards are not in the best spots as far as quality is concerned. Significantly, the Rioja Alavesa – where there is a disproportionate number of world-class wines, as well as a greater incidence of family-owned bodegas – has lost 211ha in the past two years. The Rioja Oriental, generally hotter, more productive and dominated by cooperatives, has added 601ha. I recently read about a co-op in the Rioja Oriental harvesting 100,000kg of Tempranillo Blanco for its ‘premium wines’. Money talks and bullshit walks, as someone says in the classic mock-rockumentary This Is Spinal Tap.

In the public imagination, Rioja is marooned in the ‘good value’ category. There are worse places to be, I know, but appealing prices are only part of the story. Judging Rioja by its big-volume wines is like basing your assessment of Burgundy on its generic bottlings, with no thought given to the village wines or premiers or grands crus. Imagine Burgundy without Musigny, Chambertin, Montrachet and Corton-Charlemagne. Would it be considered a great wine region based on the quality of its Bourgognes rouges and blancs? Obviously not.

Rioja makes some amazing wines. It has long done so. Taste a mature gran reserva from a classic vintage like 1964 or 1970, and you are in the presence of something sublime, something that ages as well as any red wine on the planet. I’ve tasted vintages back to the 1870s at Marqués de Riscal that were still fresh and sprightly, fully the equivalent of a hallowed French wine. And yet the region as a whole doesn’t benefit from, or even trade on, its top end.

There are several reasons for this. First, Rioja makes a lot of wine – 270m litres in an average year – and there’s always an unspoken fear that the mass-market wines won’t sell, even if the prices are low. This means that the Rioja brand – what a former director of the Consejo Regulador laughably called the ‘grand château’ – is promoted and marketed above the best wines. The tail is wagging the dog when it comes to quality.

The second reason is that the big companies that make up the Grupo Rioja – a powerful 55-bodega-strong association that sells 75% of the region’s production and effectively controls the Consejo Regulador with the help of its allies in the cooperative and trade union sectors – has little interest in disturbing the status quo. Flogging large quantities of cheap wine at small but profitable margins suits them fine. ‘The big companies just want to get bigger,’ one small producer in the Rioja Alavesa subregion told me.

The third reason is political. Rioja’s soils are diverse – arguably as diverse as Burgundy’s – but most of the top wines come from the north and northwest corner of the region, especially from the area that is informally known as the Sonsierra, on the slopes below the cloud-fringed peaks of the Sierra Cantabria. The Sonsierra covers villages such as Briñas, Elciego, Elvillar, Labastida, Laguardia, Lanciego, Samaniego, San Vicente de la Sonsierra, Villabuena and Villalba. This is Rioja’s equivalent of Burgundy’s Côte d’Or, and just like Burgundy, many of these vineyards are on clay/limestone soils.

There are great vineyards elsewhere in the region – my list would include Badarán, Briones, Cárdenas, Cuzcurrita, the Moncalvillo, the Monte Yerga, Quel and Tudelilla – but most of Rioja’s top sites are on the north bank of the River Ebro. This is where the politics come in. The majority of these vineyards are in the Rioja Alavesa subregion, which is part of the Basque Country – and the rivalry between the Basque province of Álava and neighbouring La Rioja has, in recent years, been simmering dangerously. There is still a very real possibility that some Basque producers will leave and label their wines as Viñedos de Álava, splitting Rioja in two.

Rioja would be taken more seriously as a fine wine region if it were to publish a serious study of its soils. As things stand, there is no such document. Or rather there is, but it hasn’t seen the light of day. In 2000, the Consejo Regulador commissioned an expensive, in-depth overview by Professor Vicente Gómez of the Universidad Politécnica de Madrid, but the results (or rather the implications of the results) were considered too controversial to be made public. This is a shame. The more consumers know about region’s vineyards, villages and subzones, the more in demand its best wines will be.

In the fine-wine world, Rioja is marooned in the ‘good-value’ category

The fourth obstacle is blending. I don’t mean blends of grapes. Tempranillo is the dominant variety but has always been combined with others, most notably Garnacha, Mazuelo, Graciano, occasionally Cabernet Sauvignon and more recently rediscovered Maturana Tinta. No, I’m talking blends of subregions. Most commercial Riojas are marriages of two or more subregions, married for volume and consistency. Some of the very best Riojas are indeed pan-regional blends, but the overwhelming majority come from single villages or vineyards. They are site- or commune-specific wines; this is at odds with the grand châteaux.

But it’s not all bad news. Rioja, not before time, has finally embraced change, with the introduction of new and more specific categories: Viñedos Singulares (Single Vineyards), Vinos de Municipio (Village Wines) and Vinos de Zona (Regional Wines from one of the three subregions). These aren’t perfect, but they’re a start. The first of them arguably has the most potential, but sadly, with a couple of exceptions – Castillo de Cuzcurrita’s Tilo and Ostatu’s Gloria de Ostatu – the owners of Rioja’s best sites have not applied to join this particular club, at least for now. Where are Artuke’s La Condenada, Bodega Lanzaga’s Las Beatas, Finca Allende’s Calvario, Marqués de Murrieta’s Castillo Ygay, Pujanza’s Norte and Viñedos de Páganos’s La Nieta?

What else would elevate Rioja to the ranks of the world’s finest wine regions? A greater understanding of vintage variation is one thing: so-called Atlantic and Mediterranean harvests can be very different indeed. Rioja should also change the restrictive rules about the way its wines are aged in oak, at least if they’re labelled as crianza, reserva or gran reserva. This is why so many of the region’s outstanding producers prefer to sell their wines as genéricos, eschewing a classification that is solely based on time in bottle and barrel rather than on quality. As that Lidl Gran Reserva shows, the old categories don’t mean much any more.

Some Riojas have already stepped on to the fine wine podium – Contador, Las Beatas and the top bottlings from Sierra Cantabria, Muga, López de Heredia and La Rioja Alta – but most remain comparative bargains. Convincing consumers to pay more won’t be easy, but it’s essential for the future of the region. To take just one example, UK retailer The Wine Society is currently selling the 2014 Viñas Leizaola El Sacramento, one of the best reds to emerge from Rioja in the last decade. The society’s website displays both the wine and, below it, a comment by one of its members: ‘Enjoyable. Good length and complexity. £39 is a bit of a stretch in comparison to better-priced Rioja. You may take the view that there is better value available around the £20 mark.’ Well, £20 is better than £5.49, I suppose, but the comment reveals that Rioja is still carrying a significant handicap in the global fine wine race – public perception. 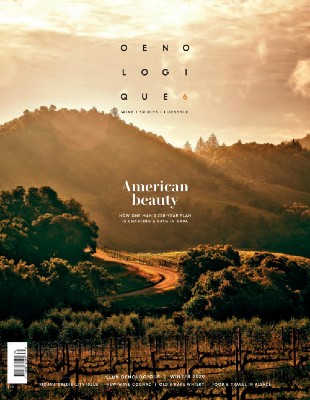 The full article, including Tim Atkin’s top picks of the latest releases, appeared in the winter 2020 issue of Club Oenologique magazine – see here for details 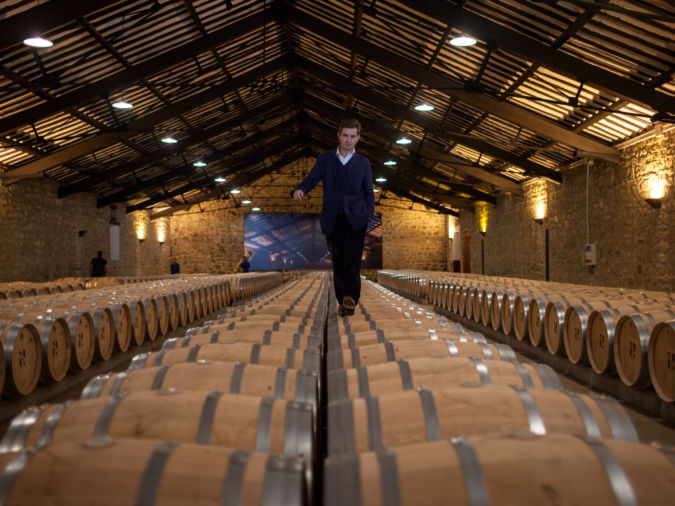 The Compañía Vinicola del Norte de España might have one of the least inspiring names in Rioja but as CVNE (Cune), it has been charming wine lovers for 140 years with its eclectic and brilliant range
Read More