In 1984, a distillery manager in Kentucky named Elmer T Lee received a new assignment: design a bourbon that could sit alongside the finest Cognacs and single-malt Scotches. A US Army Air Force veteran who had flown bombing missions over Japan, Lee had studied engineering in college and then spent his entire career at the George T Stagg Distillery, a hulking, industrial-age facility that today is called Buffalo Trace. He was already a whiskey legend, but the task seemed impossible. After a long stretch of post-war popularity, bourbon was in the middle of a 30-year free fall, with younger drinkers dismissing it as their fathers’ fusty tipple.

For inspiration, Lee turned to the past. Albert T Blanton, one of his predecessors, had understood the nuances of his rickhouses so well that he could pinpoint which barrels produced particularly rich, mature whiskey. Blanton would set them aside to bottle for friends, both corporate and personal. Lee decided to do the same, but for the general public: he would personally select the barrels, then bottle them directly, without batching with other whiskey. As proof of authenticity, the details of each barrel – when it was filled, where it aged, and when it was dumped – would be handwritten on each label. He called it Blanton’s, and it was the world’s first single-barrel bourbon.

The bottle sold for about $30, much higher than almost any other American whiskey at the time. And that’s where it stayed, even as the bourbon boom began in the late 2000s. As late as 2015, it still sold for about $70 in Manhattan, roughly equivalent to its original price, after adjusting for inflation.

Then, something happened. Almost overnight, Blanton’s nearly tripled in price; according to wine-searcher.com, its average nationwide is now $188, with some places in Manhattan asking $230 or more. But those are prices at retail – and largely notional. Blanton’s is so limited in production, and so hard to find, that people are willing to pay more than $1,000 for a bottle on the secondary markets.

It’s not just new whiskey making the jump. Auction sales for old bottles – what collectors once called ‘dusties’ for their tendency to gather grime while sitting unwanted on liquor store shelves – have also taken off. In August, Whisky Auctioneer, based in Perth, Scotland, held its first sale focusing exclusively on American bottles. And in June, US auction house Skinner set the record for an American whiskey when it saw $137,500 bid for a bottle of Old Ingledew thought to be more than 200 years old.

Over the past 15 years, thousands of distilleries have opened across the United States, most of them producing bourbon

Call it a boom within a boom. Over the past 15 years, thousands of distilleries have opened across the United States, most of them producing bourbon, a whiskey made with at least 51% corn in its mash ingredients and aged in new oak barrels.

It is a style that, since it first emerged in the early 19th century, has waxed and waned in popularity but has always tilted towards the value end of the whiskey market, in both pricing and self-image. But over the past five years, the top end has exploded. According to the Distilled Spirits Council of the United States, sales of super-premium bourbon ($50 or more) grew from 1.5m cases to 3.5m, or by about 135%, in the five years between 2014 and 2019, the latest dates available.

Bourbons such as Michter’s 10 Year Old or James E Fitzgerald, from Heaven Hill, regularly appear in auctions that only a few years ago were the exclusive domain of single-malt Scotch and the occasional bottle from Japan. Today, discerning whiskey drinkers speak of Buffalo Trace with the same awed reverence they once reserved for The Macallan – and somewhere, Elmer T Lee, who died in 2013, is smiling.

Another attempt to move bourbon upmarket came in 1995, when Brown-Forman, the company behind whiskey brands like Jack Daniel’s and Old Forester, unveiled Woodford Reserve. Woodford was the brainchild of Owsley Brown, the director of the company’s international operations, who wanted a whiskey with the glamour and elegance to pull in global luxury consumers. ‘It had to have a complex palate to attract a diversity of drinkers from around the world,’ says Chris Morris, the company’s master distiller.

Even the packaging was overhauled: a tall, thin flask with sleek, minimalist lines, more like a bottle of super-premium Cognac than American whiskey. ‘We changed the way bourbon looked, by design,’ says Morris. ‘If you walked into a bar in São Paulo with a bottle that screamed Kentucky bourbon, you’d already lost. We wanted to at least get someone to try it.’

Buffalo Trace, Jim Beam and Brown-Forman are all large, corporate operations, able to predict and shape public taste. But something was happening at the grassroots as well. As early as the mid-1980s, a small clique of bottlers saw the possibility for a sort of whiskey arbitrage. The big distilleries were sitting on hundreds of thousands of barrels of delicious, well-aged whiskey, but lacking a domestic market for premium bourbon, they were willing to sell them for practically nothing.

The bottlers – among them Julian Van Winkle III, Even Kulsveen and Marci Palatella – packaged the whiskeys and sold them overseas, often in Japan, whose then-booming economy and demand for luxury American goods meant a ready market for super-premium bourbon.

By the late 1990s, some of those bottlers began to test the American waters – Van Winkle chief among them. He had already been bottling bourbon from his father’s old distillery, Stitzel-Weller, under the Old Rip Van Winkle label. In the early 1990s, as shoots of interest in older, premium bourbon began to poke through the ground, he rolled out 12- and 15-year-old expressions, then a 20-year-old and, finally, a 23-year-old. But he struggled to find customers, even after a wave of industry acclaim, including an almost-unheard-of 99/100 score from the Beverage Testing Institute for his 20-year-old bottling.

As bourbon sales began to push upward in the mid-2000s, a few brands priced in the high double digits and even the occasional bottle topping $100 began to appear on liquor store shelves. Alongside Van Winkle came brands like Willett Family Estate, a limited, idiosyncratic offering created by Kulsveen that allowed third-party clients to select barrels from his bulging warehouse, then bottle them with his signature label and handwritten details on the back.

Old Forester created its Birthday Bourbon, released annually on the birthday of its late founder, George Garvin Brown; Buffalo Trace added to its high-end bottles with the Antique Collection, a brace of five extra-aged, barrel-strength whiskeys; and Jim Beam tested the waters with a bourbon finished in wine casks called Distiller’s Masterpiece. But while all attracted critical acclaim, they mostly sat on the shelves, collecting dust. More people may have been turning on to bourbon, but no one was going to empty their wallets for it. Scotch was still king.

Then came the Great Recession. Expense accounts and personal budgets were cut. Single malt was out. And American whiskey, already drawing buzz, was waiting. Flavien Desoblin, the owner of New York’s Brandy Library and Copper & Oak, two of the city’s top whiskey bars, saw the change play out at the Brandy Library, located in Manhattan’s Tribeca neighborhood and a popular hangout for young financiers. ‘2008 is when it all started,’ he says.

‘We saw a big change from single-malt Scotch to bourbon when the crisis came about, and it became difficult to expense rounds of The Macallan.’ From that necessity, people began to notice virtues. Brands like Blanton’s had a homegrown authenticity, a heritage – albeit sometimes covered in marketing gloss – that spoke to the recession-era embrace of handcrafted, locally sourced goods. ‘This quarter, for the first time, we couldn’t get Blanton’s,’ says Desoblin.

‘One reason American luxury whiskey production is successful is that today, consumers want artisanal craftsmanship, limited editions, authenticity and a great story,’ says Mark Rivers, who last year launched Sweetens Cove, a 13-year-old whiskey that retails for about $225 and commands multiples more on the secondary market. Sweetens Cove is part of a new wave of luxury brands built from scratch. In 2014, Dixon Dedman, a Kentucky hotelier whose ancestor owned one of the state’s largest distilleries, relaunched the family brand, Kentucky Owl. He started with an asking price of $170 – and immediately sold out.

Sweetens Cove, Kentucky Owl and Old Carter are all ‘sourced’ whiskeys, expertly blended from unicorn barrels produced by corporate distilleries. But perhaps the best signal that super-premium whiskey is here to stay is the success of start-up distilleries entering the super-luxury market from the beginning.

In 2018, Kentucky Peerless, a distillery in Louisville, introduced its first whiskey, a two-year-old rye, for $120. Kentucky Peerless is good – really good, having twice been placed among the best whiskeys of the year in Whisky Advocate’s annual rankings. But it also benefited from yet another change in the market: the inevitable price segmentation that comes when a flood of new producers enters.

As long as the average price stays affordable, distilleries such as Kentucky Peerless can afford to aim high. ‘The bourbon and rye market has become more competitive, while the consumer has become more discerning, which has raised the bar for the entire industry,’ says Corky Taylor, president of Kentucky Peerless. ‘Competition breeds success and innovation.’

Maybe the best explanation for the boom in high-end bourbons is the simplest. Many of the drinkers who helped catalyse the category’s popularity in the mid-2000s were young, mostly urban and looking for something new and cool at a time when the answer to both those quests was found in products from the American past. Now, almost two decades on, those same consumers are older, wiser, and richer, but they are still looking for the next cool thing, even if it costs more – perhaps especially if it costs more.

The best rye whiskies from around the world 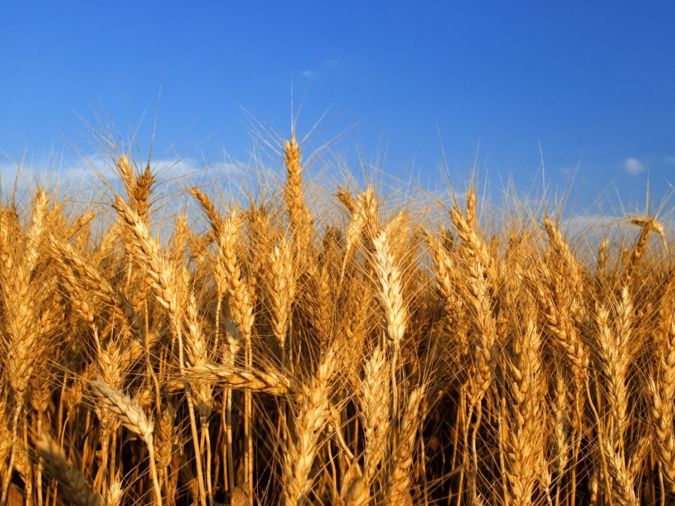 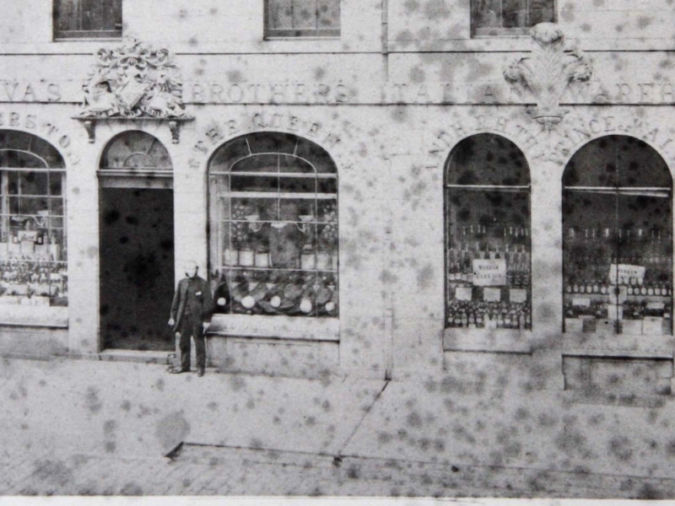