While today Chivas Regal is something of a household name in more than 150 countries around the world, the blended Scotch started out as an opulent rarity exported overseas for the enjoyment of America’s upper classes.

Chivas Regal was introduced as a 25-year-old blend at the start of the 20th century before maturing Scotch was even a legal requirement. It cemented itself as the world’s first luxury whisky, establishing an esteemed reputation that would see it through the next 100 years and ultimately underpin its success as one of the world’s best-selling whiskies.

‘It’s a bit of a gold standard when it comes to blending,’ says master blender Sandy Hyslop. ‘Everyone wants variety when they’re drinking whisky, but Chivas Regal is one of Scotland’s foundation blends.’ While blended Scotch gets an unfair rap by some whisky enthusiasts, Chivas has a reputation for being the single malt drinker’s blend. Containing a relatively high proportion of malt to grain, and with a backbone of sweet, fruity and biscuity Speyside whiskies, Chivas is popular among novices and connoisseurs alike.

The origins of Chivas Regal

Although Chivas Regal wasn’t launched until 1909, its story begins around 100 years earlier when John Forrest set up an Aberdeen grocery and wine merchant in 1801. John and James Chivas took over the business in the 1850s, but it was the passing of the 1860 Spirit Act that enabled the brothers to establish themselves as pioneers in the world of Scotch.

‘That’s when modern blending started, and Chivas Brothers had a vast array of stock within their basement,’ says Chivas Brothers archivist Chris Brousseau. ‘They knew the value of maturing and ageing whisky, even though they didn’t have to until several years later.’

In 1895, Charles Stewart Howard took over the company with Alexander Smith, and with enviable ageing whisky stocks thanks to the foresight of the Chivas brothers, introduced Chivas Regal 25 Year Old in 1909 primarily for wealthy North American audiences. ‘Looking at what was on the market at the time, there was very little whisky over 10 years of age; most of it was unaged blended whisky,’ reflects Brousseau. ‘We didn’t even have to legally age whisky until 1916 so whisky of this age was an achievement.’

What goes into making Chivas Regal?

‘Chivas Regal is a blend with its heart firmly set in Speyside,’ says Hyslop. ‘We have 14 distilleries in our portfolio, one on Orkney and the rest all in Speyside, and historically the blend has contained a lot of malt whiskies that have come from that region.’ As custodian of the Chivas Regal blend, it’s Hyslop’s job to ensure every bottle of Chivas Regal remains consistent from batch to batch, and recognisable through each expression in the range.

That’s why the brand leans on two core malts from its own portfolio – Longmorn and Strathisla – alongside a range of other malt and grain whiskies, although Hyslop says the exact recipe is a closely guarded secret. ‘I’d be lying if I said we have the same distilleries every single time, because distilleries close, are refurbished, are out of operation for a year or we stop trading that distillate with another distiller. But Longmorn and Strathisla are through the whole range, not just 12 but the Extra, 18 and 25.’

The combination of Longmorn’s sweet, creamy toffee and peach character with Strathisla’s classic pear-drop and Hobnob-biscuit flavours form the perfect base on which to form Chivas Regal’s characteristically sweet and fruity style.

‘Chivas Regal 12 Year Old has obviously been in existence much longer than me, so my job is just to maintain the continuity,’ says Hyslop. ‘The blend has changed over the years and it’s not 100% identical to the original. We’ve got old bottles in the archive that I’ve been lucky enough to try. It has to have that big, sweet fruity flavour and that pear and peach coming through. It reminds me of the loose boiled sweets you get out the jar in the sweet shop.’

While the blend itself may have evolved through the years and expressions, the bottle design with its long neck and stout body has remained largely unchanged. Throughout its first 50 years, the label itself adapted according to stock availability, initially proudly asserting the whisky’s minimum 25-year maturation, before claiming to be ‘of great age’ then dropping any reference to age entirely as stocks ran low.

The brand was reintroduced in 1938 as a 12-year-old blend and remained as one single expression until the launch of Chivas 18 in 1997 and the reintroduction of Chivas 25 in 2007. A rapid transformation occurred over the next 13 years with the addition of several core varietals and limited releases including Chivas Mizunara (2013), Ultis (2016) and Chivas Extra 13 Collection (2020) – the latter a series of blends finished in esoteric cask types such as American rye and Tequila. There’s even been a high-profile collaboration with Manchester United FC with the shared motto, Success is a Blend.

The luckenbooth, a symbol of love and loyalty, adorns each bottle of Chivas as well as the gates of its spiritual home at Strathisla distillery.

What’s next for Chivas Regal?

Both Brousseau and Hyslop are coy about what’s next for Chivas Regal but hint at an upcoming development on the horizon. Certainly for Hyslop, experimentation and innovation are at the forefront of his remit as a blender. ‘I’m encouraged to experiment and buy casks if I want them. I have lots of different experiments on the go and quite a lot of them might come to fruition over the next few years. We’re sitting on good healthy stock so we’re able to innovate above our existing portfolio.’ That’s surely something John and James Chivas would have been proud of. 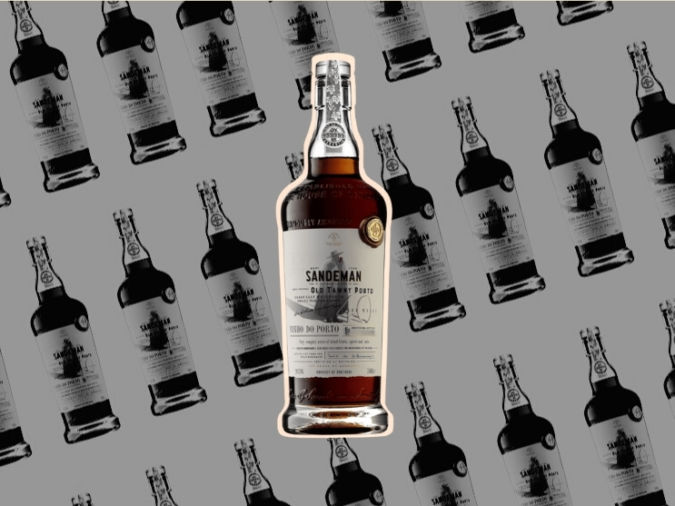 Sandeman has helped transform tawny’s reputation from “wood port” to golden child. We track the rise of its 40-year-old port – from an anniversary blend that put it back on the map to branding brainwaves that included the birth of “The Don”
Read More
02 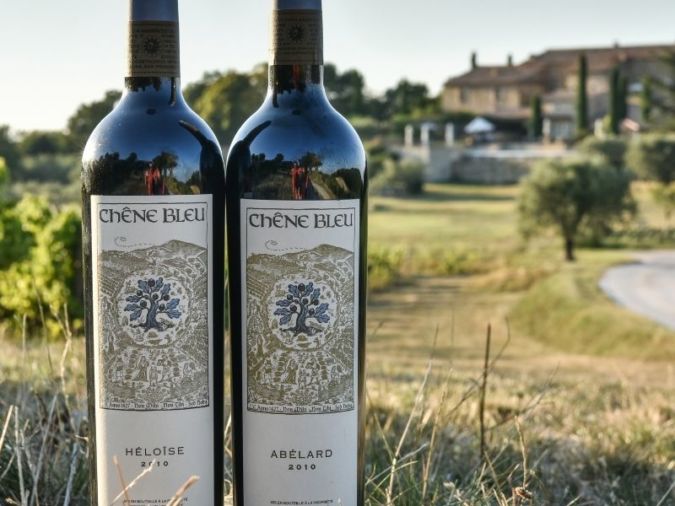 Behind The Bottle: Chêne Bleu Abélard and Héloïse

The companion reds from the Rhône winemaker are inspired by medieval lovers and have been dubbed the first Super-Rhône wines. We take a look at what makes this power couple
Read More
03 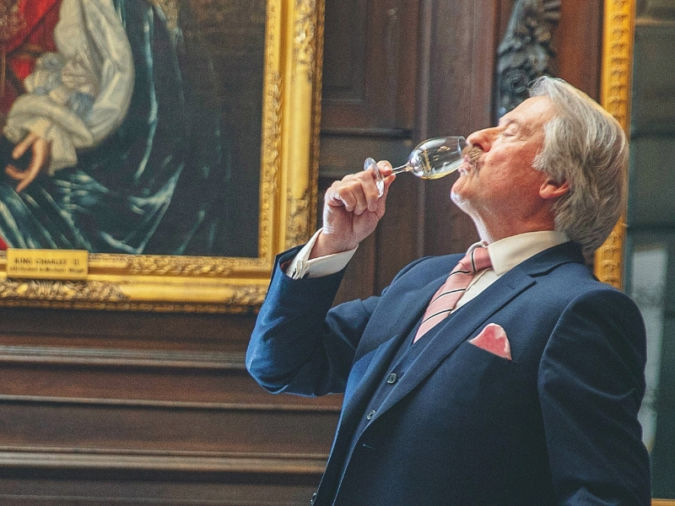 Known as ‘The Nose’, Richard Paterson is widely acknowledged as the most experienced master blender in Scotch whisky. Now he is assembling a new team of blenders to continue his legacy
Read More
04

The concept of terroir in wine is well known, but can Scotch whisky share a sense of place, too? Andrew Jefford delves into mist, myth and meaning
Read More