Nyetimber is the bedrock of the English wine industry. Founded by an American couple in 1988 with the stated aim of making world-class traditional method sparkling wine, its first cuvée, the Blanc de Blancs 1992, won the English Sparkling Wine Trophy at the 1997 IWSC. There were a few English sparkling wines around, but this was the first to be made from Chardonnay. And in recent times, the Blanc de Blancs has won 10 Gold medals in high-profile wine competitions in less than a decade.

Owned since 2006 by Dutch entrepreneur Eric Heerema, Nyetimber has gone on to distinguish itself by its focus (it produces only a handful of cuvées) and by the quality of its wines.

Heerema and his winemakers, the Canadian couple Cherie Spriggs and Brad Greatrix, have an unerring instinct for an eye-catching initiative. In 2013 they launched their first single vineyard cuvée, the Tillington, at a then-stratospheric £75 a bottle. In 2018 they followed this with the 1086 (the date of the Domesday Book, which mentions Nyetimber) at £150 and £175 for the white and rosé respectively.

The wines have been critically acclaimed: ‘Another triumph for English wine’, Jancis Robinson said of the 1086, suggesting it would ‘send shivers down the spines’ of the Champenois. The international reputation of English wine today rests on the efforts of a dozen or more superlative estates, but Nyetimber stands tall among them. As Greatrix says, ‘As the biggest producer we have a lot of responsibility, and we feel that weight on our shoulders.’

Stuart and Sandy Moss, an antique-collecting oenophile couple from Chicago who had made their fortune in medical equipment, fell in love with Nyetimber for its 16th-century manor house and its magnificent cruck-roofed barn. This ‘marvellously cussed’ pair, as Oz Clarke describes them in his book English Wine, decided they could produce a fine sparkling wine in West Sussex.

They planted Chardonnay against all advice – no one thought it could work in the English climate. ‘Their original idea in 1992 was to make a traditional method sparkling wine from 100% Chardonnay,’ Greatrix says. ‘They set it up for lees ageing and eventually released it in 1996.’ The Blanc de Blancs was born.

Quite apart from their determination, the Mosses were far ahead of their time in other ways. They insisted on long lees-ageing, a programme that is still used; and they had an instinctive feel for place: the West Chiltington vineyard they planted still produces some of the estate’s best grapes. ‘The Mosses showed great foresight in planting there,’ Greatrix says. ‘The 1992 Blanc de Blancs, from four-year-old vines, still has vitality. To me that speaks to the pedigree of the site.’

Others share Greatrix’s assessment of the long-lived 1992. ‘We’ve just sold our last bottle but we’ll be looking to get some more,’ says sommelier Sam Hancock of London’s Clove Club restaurant. ‘It’s singing at the moment. It’s slightly oxidative on the nose with a nutty, sherry character, but it’s vibrant on the palate. There’s loads of life left in it.’

What goes into making the Blanc de Blancs?

Chardonnay is selected from Nyetimber’s 11 vineyard sites in West Sussex, Hampshire and Kent. There’s a ‘shortlist of frequently-appearing candidates’ Greatrix says. Selection is rigorous but pragmatic: Nyetimber’s Classic Cuvée, the house’s workhorse which makes up three-quarters of the estate’s production, mustn’t be allowed to fall short. So they won’t be releasing a Blanc de Blancs 2020. ‘It was a great year for Chardonnay but we didn’t have enough grapes not to compromise the Classic Cuvée,’ Greatrix says.

Vinification of the ‘BB’ has evolved subtly over the years. Hereema turned it into a premium wine by cutting production (it’s now about 50,000 bottles compared to the Classic Cuvée’s 750,000) and deciding it should only be made in the very best years (there’s no 2008, 2011 or 2012); in 2009 Spriggs introduced about 3% new oak ageing to give ‘a hint of spice’, and from 2013, new vineyards from Hampshire have come on stream.

Hampshire’s chalky soils are less fertile than the greensand soils of West Sussex and tend to induce less vigour in the vines. ‘Chalk-grown Chardonnay is not at all the same thing as greensand-grown so we’re evolving the wine in a new direction,’ Greatrix says. ‘It’s exciting.’

In common with many English wine producers, Nyetimber went for a classic feel on its early cuvées, striving for a Champagne look in everything from foil to bottle shape. Half-close your eyes, and the 1992 label could be straight out of Épernay. But just as Eric and Hannah Heerema changed the style of the Blanc de Blancs, they changed the label as well. Out went the dowdy borders and scrollwork and in came a minimalist look, with a clever tweak of the preposition in the words ‘Product of England’.

‘What became ever more relevant was that the appearance of our sparkling wine bottles had to reflect the quality of the wine,’ Eric Heerema told cluboenologique.com. ‘After a rebranding project which took several years, we finally launched the new labels on the Nyetimber bottles in early 2012.’ The rectangle was then replaced by the silver-and-white shield. ‘The shield symbolises our dedication to craftsmanship, attention to detail and also our forward-thinking spirit,’ Heerema says, although many would see its heraldic associations as an unmissable nod to the heritage of old England – and the venerable ancestry of the estate.

What’s next for Nyetimber?

Nyetimber makes seven different cuvées, around one million bottles a year. This, Greatrix says, is enough. ‘I think we have a nice amount of different cuvées. Seven is a good number – it’s a lot to take in at one tasting.’ There are no plans for a still wine (the winemakers are adamant that the English climate, even with global warming, can’t “reliably” ripen grapes to produce still wine) and neither are there plans for a third ‘super cuvée’ to keep Tillington and 1086 company. Despite the new vineyards in Kent and Hampshire, styles aren’t going to change; lees ageing will remain at four to five years.

Instead, Greatrix says, they will concentrate on spreading the gospel of English wine around the world. ‘We are still selling our wine to sceptics, to people who don’t quite believe that we are making good wine in England. Export is the future – we’ve barely scratched the surface.’ And more than any other wine in the line-up, it’s the ‘BB’ that is the ambassador. ‘It does an incredibly important job. To be taken seriously overseas as a world-class winery, you have to be producing ageworthy wines. You have to have wines that collectors can put away in their cellars, and 20 years later pull them out, and be amazed’. 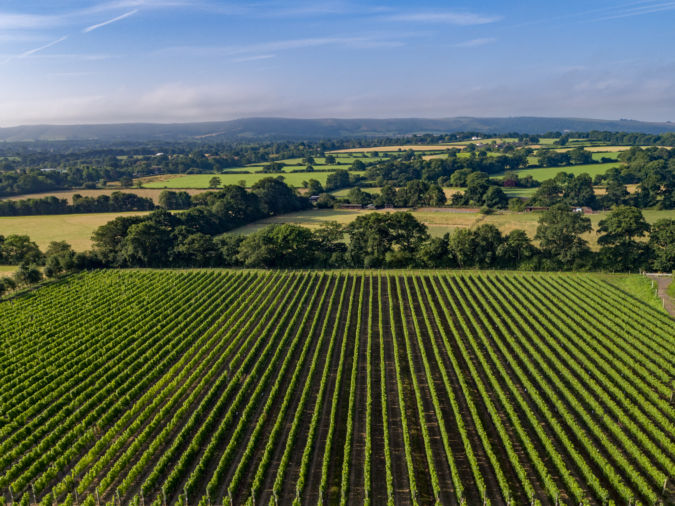 English sparkling wine: where do we go from here? 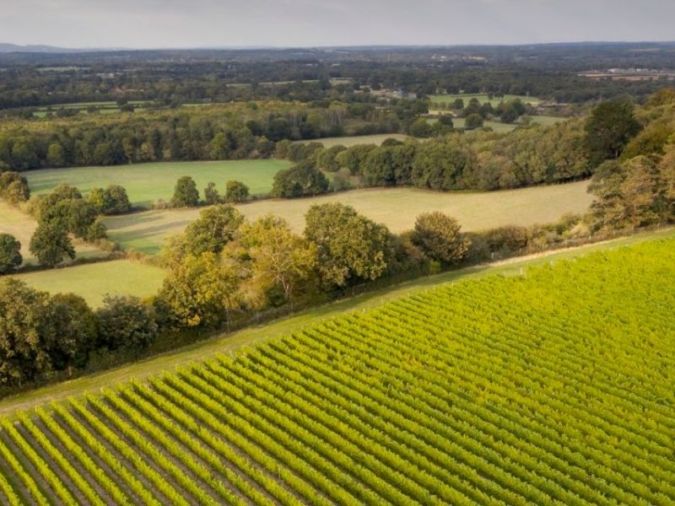