In the slow creep up to the summer season, it’s nice to see some new restaurants bringing the heat. Excitement has been building for Mexican-born chef Adriana Cavita’s debut restaurant in London, with its menu set to celebrate the cuisine of her country – as well as the drink, with a sultry-looking mezcal bar opening underneath. Another launch bringing the summer feeling is ex-Relae chef Mathias Silberbauer’s Contento, a Basque concept restaurant which will serve up classic pintxos and a drinks list featuring vermouth and Txakoli in culinary capital Copenhagen.

Local British cuisine is in the spotlight too, with a sixth opening from the Gladwin Brothers’ restaurant group Local & Wild taking root in London and promising sustainably sourced, plant-focused food, as well as Scotland’s Glenapp Castle revealing a new restaurant celebrating the horticultural traditions (and reaping the garden spoils) of the hotel. Meanwhile, hop across the pond, and you’ll find pop-up Duck Sel offering dishes on a tasting menu by Michelin-starred chef Donald Young that’s inspired by his Midwestern roots.

Keep reading below for our curated selection of the most exciting restaurants opening around the globe in May.

New restaurants opening around the world in May 2022

Glenapp Castle welcomes The Azalea to its culinary offering this May. The Relais & Chateaux Hotel is already known for its fine dining, with three AA Rosettes awarded by Michelin, but its new venture aims to bring together the horticultural history of the castle with the hotel’s luxury dining reputation. The menu features ingredients from the gardens of the castle, with elements like marigold leaves and rhubarb grown mere metres away from the restaurant’s tables. The rest of the menu’s produce is set to hail from producers local to the coastal Scotland setting.
Opening 20th May 2022, glenappcastle.com

Donald Young, Chicago’s youngest Michelin-Starred chef, is returning to his pop-up roots with Duck Sel, a bi-monthly pop-up series that celebrates his Midwestern identity. The 12-course menu will use locally sourced ingredients and French techniques to elevate traditional modern American cuisine. Menu items revealed so far include a spring special featuring ramps (wild garlic, for European readers) and morels foraged by Young himself, a palate-cleansing frozen strawberry ‘popsicle’ and dry-aged duck served with ‘peanut butter and jelly’ made from preserved red kuri squash, Concord grape and black sesame puree. The tasting menu is offered with a wine flight, or you can choose from classic Old World regions, including Châteauneuf-du-Pape.
Open now, ducksel.com

A new neighbourhood restaurant and wine bar has just landed in Paris under the watchful eye of chef Jean-Baptiste Ascione. The acclaimed chef opened his debut restaurant Petit Gris in 2019, and his newest venture brings in wine expertise from supplier Antoine Maffray, to offer a selection of dishes and drinks inspired by the pair’s global travels. Fare feels hearty but also refined, and includes meatballs with a port reduction, fried frogs’ legs and parsley mayonnaise or homemade pizzettes topped with scamorza (a Southern Italian cow’s milk cheese), all designed to share along with a bottle from the Loire Valley or Burgundy, or perhaps even Siciliy or Catalonia.
Open now, faby.paris

Never heard of a ‘sando’? The Japanese delicacy firmly on the restaurant geek’s radar is, as the name suggests, a variation on the humble sandwich. The latest luxury sandwich venue to launch is Hello Arigato’s second Singapore outpost. The sandwiches in question are inspired by the Japanese wagyu sando, made with shokupan (Hokkaido milk bread) and containing fillings like teriyaki-glazed chicken, cheong gai (shrimp paste chicken) or the classic wagyu, which will set diners back a cool S$40. Hello Arigato will also offer a selection of sakes, ranging from fresh and sparkling to cloudy and aromatic. There’s a limited wine list, but if you fancy pairing your wagyu with a stellar Cabernet Sauvignon, there’s a BYOB option with S$30 corkage, too.
Open now, helloarigato.com

Michelin-starred chef Tetsuya Wakuda has recently opened his latest namesake restaurant in the Marina Bay Sands hotel in Singapore, and the concept promises a menu of modern takes on traditional Japanese dishes. For a twist on traditional sushi, there’ll be lobster with lobster jus and tarragon oil, and on the grill there’s a variety of dishes including yaki shabu Kagoshima beef with Wakuda’s signature sukiyaki sauce and eggs. The restaurant design will take inspiration from Tokyo, featuring wood panelling and iridescent cherry blossom motifs, and will also offer a private dining experience in the Omakase Room, where diners can take a seat at the Chef’s Table. Meanwhile, the bar is showcasing an extensive sake menu with over 100 bottles on offer.
Open now, marinabaysands.com

We didn’t know what Copenhagen was missing was a Basque-inspired restaurant, but here comes Contento to prove just that. The new pintxos bar from ex-Relae chef Mathias Silberbauer is opening in the Nørrebro district of the city this month, located next door to his debut restaurant Silberbauers Bistro. The new venue will take inspiration from the bars of Northern Spain, and will serve dishes like Spanish tortilla, txistorra (a chorizo-like sausage), gildas (a San Sebastian snack made with peppers, olives, and anchovies) and a pleasingly large selection of charcuterie – as well as cheese and, of course, Basque cheesecake. The drinks list stays true to the bar’s influence, and features vermouth, sherry and Txakoli.
Opens 5 May 2022, instagram.com/contentocph

Mexican-born chef Adriana Cavita’s debut namesake restaurant will serve dishes inspired by Cavita’s childhood to a captivated London crowd. Elevated street food is under the spotlight here, with a section of the menu dedicated to a changing roster of tacos, including some filled with birria, a Jalisco stew that’s typically made from goat, but here features beef cheek, guajillo adobo sauce and veal bone consomé. You’ll also find the likes of tetelas, a bean-stuffed Oaxacan masa snack, made with blue corn. The restaurant design will showcase the materials of Mexico with wood and tile elements, and down the stairs from the dining spaceill sit Mayahuel, a dedicated mezcal and cocktail bar for pre- or post-dinner drinks.
Opens 6 May 2022, instagram.com/cavita.restaurante

Tokyo’s Kobe beef specialists are heading to London with a new restaurant opening in Mayfair. It’s the first in the group to open outside of Japan, and as the Tokyo original was billed by Forbes as one of the world’s most expensive restaurants, diners would be advised to bring their (full) wallets along. The Kobe beef is being sourced from Tajima-gyu cattle, and the open kitchen design means you’ll be able to see your steak cooked right in front of you. For those in search of a less meaty option, there’ll be a whole salmon slow-smoked in the restaurant’s own kiln. The wine list hits big too, featuring some larger-than-life bottles and focusing on grand crus from Bordeaux, Burgundy, and Champagne.
Opens May 2022, aragawa.jp

The Gladwin Brothers – Richard, Oliver and Gregory, a trio behind five successful London restaurants – are opening a new venue in Wimbledon Village this month. As with the menus at sister restaurants, locally sourced produce will underpin the menu at The Black Sheep, featuring dishes like grilled Wye Valley asparagus with a crispy duck egg, and sweet-cured confit hogget shoulder with foraged wild garlic, anchovies, and white bean salsa. The drinks menu will celebrate English wine from the Gladwin family’s vineyards in West Sussex, as well as global offerings. For those wanting to delve even deeper into their glasses, the restaurant will be partnering with The Wimbledon Wine School, offering WSET courses and regular tasting classes and events, all taking place in the private dining room.
Opens May 2022, theblacksheep-restaurant.com 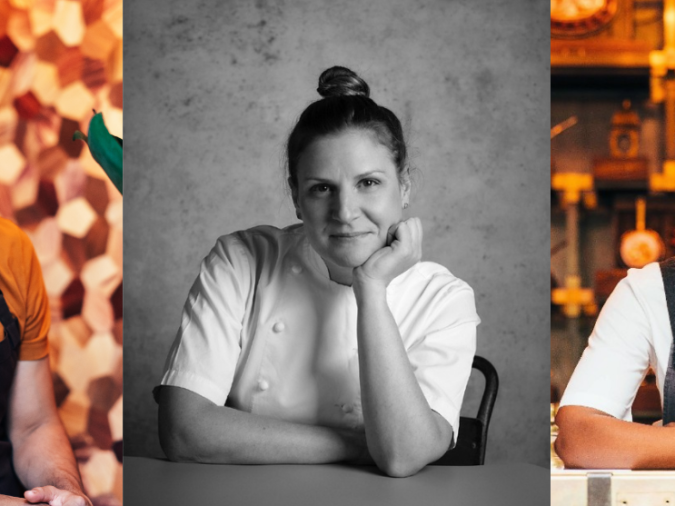 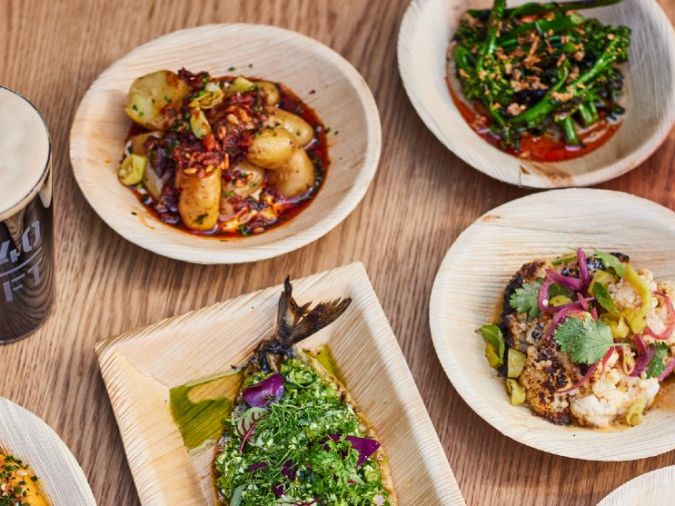 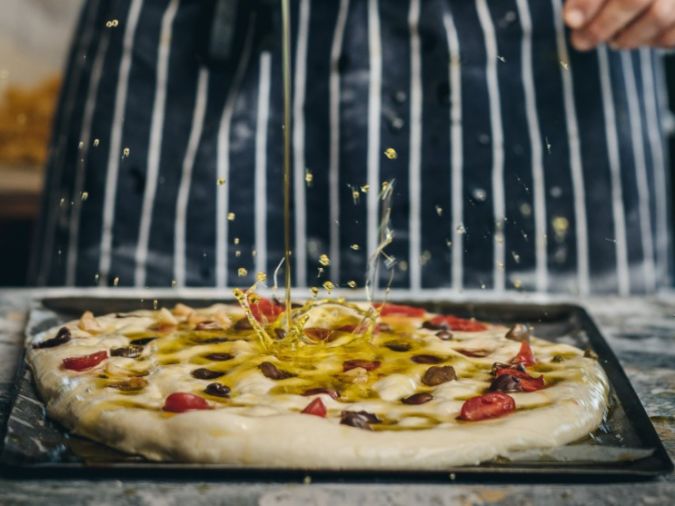 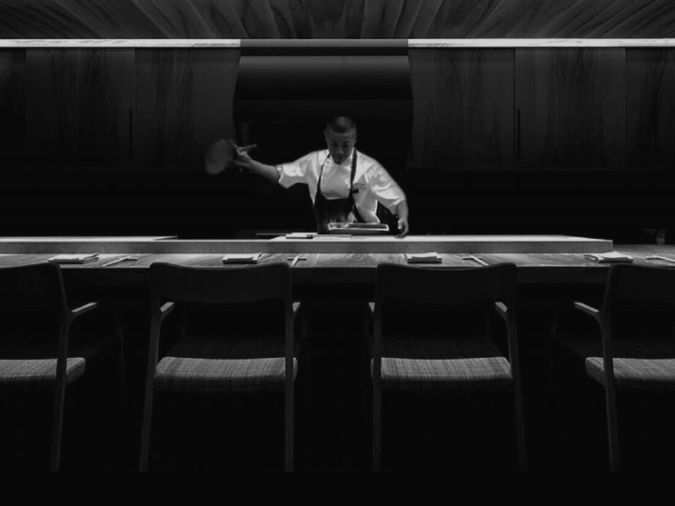