When asked what is the most expensive thing they’ve ever bought, some Life Lessons interviewees don’t hesitate. It might be a helicopter, a Rolex or a vicuña sweater, but very successful people tend to like costly baubles. Katie Jackson, however, tries to dodge the question. ‘I don’t have expensive tastes,’ she pleads. I won’t let it go, and finally (triumphantly) she remembers she and her husband own a Volvo. ‘It’s a hybrid and it was somewhat expensive,’ she says, with the air of one pleased to discover she has a profligate streak.

On reflection it’s not surprising that Jackson, 35, has little time for cars or diamond rings. As second-generation proprietor and senior vice president of corporate social responsibility at Jackson Family Wines, she is in charge of a sustainability and climate action plan that will keep her and her team busy for a decade at least. The initiative – called Rooted for Good: Roadmap to 2030 – is ambitious.

It aims to cut the company’s greenhouse-gas emissions by half through investment in renewable energy and other methods, overhaul employee diversity, transition all vineyards to regenerative farming, reduce water use, and introduce a raft of related environmental initiatives, many involving collaboration with the likes of Spain’s Torres, a fellow founder of the pioneering group IWCA (International Wineries for Climate Action).

It’s an ambitious, even daunting plan, but Jackson points out that the company met and surpassed many of the targets it set in its last sustainability report in 2015 – reducing water use by 33%, for example. ‘We told ourselves we were going to get 25% better but we overshot it. By showing people it was possible, that helped temper some concern that it was feasible.’

Jackson is the eldest daughter of the late Jess Jackson and Barbara Banke, the chair and proprietor of Jackson Family Wines of Sonoma. She revered her father – ‘he was a wonderful mentor’ – and has huge admiration for her mother – ‘an incredible businessperson’ – who took over the business when her husband died in 2011.

Katie joined the family firm after dropping out of Wellesley College in Boston in her 20s. She worked harvests and joined winemaking teams before getting deeply involved in sustainability 10 years ago. She spent eight years as vice-president for sustainability before moving into the senior VP job two years ago, with the ability to call on the considerable resource of Jackson Family Wines’ 40 estates in California, Oregon, South Africa, France, Italy and Australia.

‘I fell in love with the conservation side of the business,’ she says, stressing that sustainability is about far more than greenhouse-gas emissions and the carbon footprint. ‘The more I learn about how climate change is affecting people’s lives, the more I realise that climate action directly impacts social equity and people’s lives and well-being.’

Equity in terms of equality for women and racial diversity are an indivisible part of the plan. Jackson Family’s record is good on the former – 61% of winemakers across the group’s 40 wineries are women (way above the California average of 10-14%) – but ‘there’s less [racial diversity] than we’d like to see’.

Of course, she has a plan for that, as well as everything else in her life, including personal ambitions. ‘I didn’t complete my degree,’ she says. ‘I’d love to go back to school to get an MBA.’ And there are other – almost unspoken – hopes. She wanted to be an author, she says. The pull of the winery was stronger, but she’d still like ‘to spend a year as a professional writer – to be creative’. Given that her day job is all-encompassing, and she has three children under five, it might take a while before she realises those dreams. Meanwhile, there’s work to be done.

What was your childhood ambition?
I wanted to write novels. I wrote my first book when I was six – and illustrated it as well – and decided I loved it so much I was going to be an author. I had a plan to use a different pen name for every book I wrote, and develop a new style every time, so that nobody would be able to guess that I was the author. I gave up that idea a couple of years after I started working at the company. I felt so connected to the business, working with my family and all the people who have been working there since I was a little girl.

What do you know now that you wish you’d known at 21?
I wish I was able to tell myself that the times that were most meaningful were spent pursuing the things I loved, and not worrying about trying to do things perfectly. If I could go back, I’d focus more on learning and growing, and be less afraid of making mistakes – and also, would make sure I took more time to enjoy and celebrate achievements along the way.

What exercise do you do?
I run several times a week, and try to get one long bike ride with my husband [Shaun Kajiwara, director of farming at Jackson Family Wines] at the weekend.

What is the character trait you most wish you could change in yourself?
I’m a perfectionist, and I tend to overthink things. If I could change anything, it would be to a little bit more confident in my decisions, and to not second-guess myself so much.

What is the most expensive thing you’ve ever bought (aside from property)?
I couldn’t think what this might be [laughs]. I don’t have expensive tastes. I spend the most money shopping for the children. I think it has to be the car – we have a hybrid Volvo that was somewhat expensive.

If you could live anywhere, where would it be and why?
I’d stay in Sonoma County where I grew up, because I love it here. However, if I could live elsewhere for a short time, I would love to spend a year in Paris enjoying the art, history, and restaurants, and immersing my children in a different culture. I would also be very happy living in the English countryside for a year.

If you could do any other job what would it be and why?
I would love to spend a year as a professional writer, as I had dreamed about doing in my childhood. It would be so fulfilling to do something creative.

What luxury item would you take with you to a desert island?
A journal. I figured that on a desert island I’d probably have a bit more time to write.

What haven’t you yet achieved that you want to?
I would love to go back to school to get an MBA. I didn’t complete my degree – I was at Boston, studying literature and taking classes in history and Italian, and I think there was a bit of culture shock. I also really missed my family, so I took time out, came home and worked the harvest and realised I loved the winemaking side. Then my dad got sick that following spring so I decided to stay to be with him. I feel now that an MBA would help me to understand the business better, but on a more personal level it would be very fulfilling. Maybe in a couple of years when the children are older…

If you were king or queen of the world, what’s the first law you would enact?
I would make it mandatory for every nation to adopt a net zero climate goal, in alignment with the IPCC (Intergovernmental Panel on Climate Change) report’s target to stay under 1.5º Celsius.

When were you happiest?
I’ve never been happier than after my three children were born.

What’s your guilty pleasure?
Binge reading a really good book. I’m reading Wine Girl by Victoria James at the moment, and Trevor Noah’s Born a Crime. I also love starting the morning off with a latte and a chocolate croissant from my favorite bakery.

What’s your secret talent?
I have a good memory for literature. My husband and I will sometimes play a game where he will pick a book at random and read an excerpt, and I can often guess who the writer is who wrote it.

Who do you most admire?
I really admire my mother, Barbara Banke. She is an incredible businessperson and mentor, and also just a wonderful person. She leads with heart and gives so much to those around her, and she is unafraid to take risks.

Which words or phrases do you most overuse?
This past year I’ve definitely been guilty of overusing the word ‘pivot’.

What’s your greatest regret?
I wish I had found the time to have one last conversation with my dad to share how much he meant to me before he passed away. By the time I realised that there was a lot that I still wanted to ask him about and tell him, he was already too sick.

What album, boxset or podcast would you listen to on a night in alone on the sofa?
It depends on how I’m feeling but if I were to pick something tonight I’d listen to the following albums from Florence + the Machine – Lungs, Ceremonials, and High as Hope – because I find their music soulful, beautiful and cathartic.

What’s your favourite item in your wardrobe?
An art-deco necklace that my mom gave me to wear at my wedding. It used to belong to my great-grandmother Katie, who was one of my two namesakes (the other was my dad’s grandmother Katherine).

What’s your favourite restaurant?
I love several local restaurants in Sonoma County including Valette, Sushi Hana, Barndiva, and the Glen Ellen Star. If I could choose somewhere farther away, I would love to go back to Le Coq Rico in Montmartre, Paris.

What time do you go to bed?
9:30pm, unless I fall asleep earlier with the children. 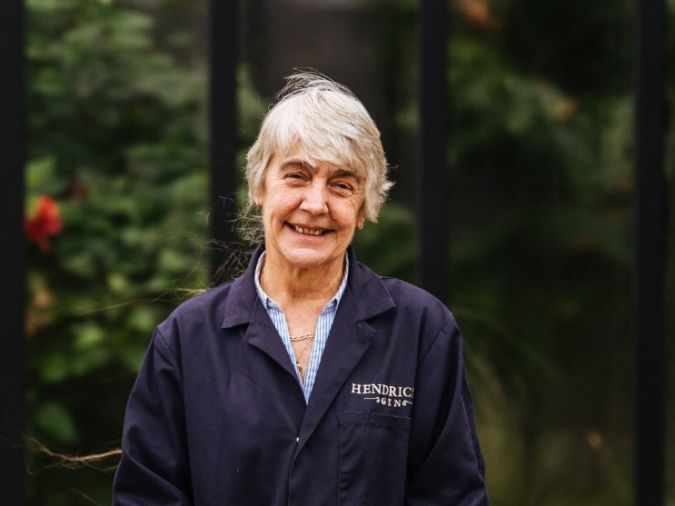