When I caught up with him back in December, Clement Robert was a busy man. He’d just organised a dinner for several hundred at London’s ever-effervescent Annabel’s club, and was in the midst of preparing a couple more dinners before Christmas.

Annabel’s, one of London’s starriest nightclubs (its animated Christmas decorations covering its entire three-storey frontage made the rest of Berkeley Square look positively dowdy) hosts glitzy evenings, with very impressive wines, throughout the year. At the latest – December’s “Iconic Family Wine” dinner – members were served Pol Roger Cuvée Winston Churchill 2006, Mouton-Rothschild 2005, Tignanello 2015 and Graham’s 1972 Tawny among other treats. It culminated in an auction for the Caring Family Foundation of such wines as a double magnum of Sassicaia 2000, and an imperial of Mouton 2005, that fetched £52,000.

The events are seamlessly run – they should be, as owner Richard Caring often hosts the main table – but they have been “challenging”, Robert says. “None of the estates have been able to travel to host the events so we have to find stand-in hosts that they approve of.” All the guests have to be fully socially-distanced and the wait staff are all masked, which all adds to the organisational headache. It’s all vastly preferable to the latest lockdown, however, in which the suddenly less busy Robert and the rest of us now find ourselves.

For some reason my parents didn’t like the idea of hotels, so they bought a camper van

Wine was always a part of Robert’s life. As he and his elder brother were growing up, their parents had a slightly eccentric way of taking holidays. “We lived in Normandy but we had a house in the south west, in the Périgord region. For some reason my parents didn’t like the idea of hotels – they weren’t comfortable sleeping on pillows that someone else had used, that kind of thing – so they bought a camper van.”

The family would make its way down through France, staying in vineyards along the way. “One year we might take a detour to the Loire Valley and stay in Saumur-Champigny. My father would talk to the winemaker and we’d become part of this whole culture of food and wine.” It sounds quite hippyish, he says with a laugh, before pointing out that his father was in finance, so the trips weren’t done on a tight budget.

Today the master sommelier (Robert added that title in 2015 to a string of awards that includes Rising Star Sommelier when he was running the list at Hotel du Vin in Cambridge, International Young Sommelier of the year in 2010 when he was 22, and UK Sommelier of the Year in 2013) is head sommelier and wine buyer across the Birley Clubs group. In practice this means being in charge of “about 2,500 bins in all.” He reels off the different cellars he oversees: the group includes the ultra-exclusive Harry’s Bar, George, and Mark’s Club, then Annabel’s itself, which has a different restaurant on every floor – the Garden, the Jungle Bar, Matteo’s, the Mexican, the Elephant Bar.

“One main list serves most of the restaurants, but there’s a completely separate list for Matteo’s which is exclusively Italian – 650 wines including 300 Barolos, featuring the world’s biggest collections of Conterno Monfortino [arguably the most sought-after Barolo], and [SuperTuscan] Masseto.”

The quietly spoken 34-year-old Robert specialises in northern Italy (“Piedmont is my passion”) so he’s in his element with such a list. Indeed, he’s managed that rare trick of making his hobby his job – though sometimes he wonders if he’s a little too focused. “Sometimes the work-life balance gets a bit blurred,” he confesses – he’s married to fellow MS Kathrine Larsen. Then again, as he also says: “Either you do something properly or you don’t do it at all.”

I wanted to become a sommelier from a very young age. In France it’s not an obscure ambition – being a sommelier is an established vocation and it’s a natural fit for a young boy. I also wanted to be a professional footballer, but for some reason that never happened.

I play football every Sunday with a team of friends, most of whom are sommeliers. I run as well, and play squash which I love, although I’m not very good at it.

Insecurity. I wish I had a little more self-confidence.

A pair of Jimmy Choo boots for my wife.

Something in the world of football. There are so many things you can do: pundit, writer, agent, manager, referee – but I’ve never really thought which of those I would want to do.

Scott’s in Mayfair. It delivers the ultimate sophisticated dining experience; it’s elegant without being pretentious, and the staff are extremely welcoming. I know there’s a conflict of interest here (Scott’s, like the Birley Clubs, is part of Caprice Holdings) but I still think it’s the best restaurant in London. What else can I say?

What luxury item (except wine) would you take with you to a desert island?

I’m not really interested in luxury, apart from my suits [which are a perk of the job and are made by Richard James of Savile Row], and my shoes – and neither of those would be much use on a desert island. I would take Jancis Robinson’s Oxford Companion to Wine, and if I’m not allowed a wine book then I would take a novel or a play. I’d trawl the libraries to find something.

More of a work/life balance. I love my work and I’m immersed in it, and it is very demanding, but I have a young family and sometimes the lines gets blurred between work and life.

I would outlaw all forms of arrogance and selfishness.

Three of my football heroes: Zinedine Zidane, Ronaldinho and Didier Deschamps. I think it would be a good balance – Zidane is quiet and calm, and then you have Ronaldinho who is an absolute party animal. It would be fun.

I would have liked to have been a little more studious at school. I wasn’t a bad student but I was a bit naughty, and I had an issue with authority: I didn’t like my teachers. So I’d pick my subjects – I’d be good at some and terrible at others. I regret not concentrating more in maths: I was torn between being an oenologist/winemaker and a sommelier, and a maths degree might have opened up an interesting career path into oenology. Looking back, though, I don’t think I would have done anything differently – my education has paved the way to the career that I have today, which I am very proud of.

When I finish work. Rarely later than midnight though, as I get up at 6am. 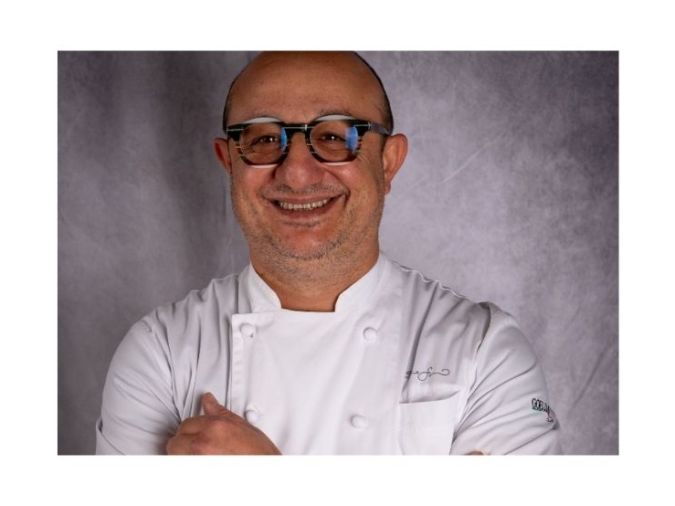