Eggnog isn’t just a renowned staple of holiday celebrations in the United States. It’s caused insurrections (the 1826 West Point ‘eggnog riot’ caused by drunken cadets at Christmas) and has even had a recipe for it created by George Washington. But you might not know that the custard-like mixture of eggs, milk, cream and sugar is said to have originated in early Medieval England where, due to its luxurious ingredients, it was drunk hot to toast good health. However, its popularity rose in the 1700s when migrants from the UK settled in America; here, it began its reign as a festive drink that now runs through the USA’s holiday DNA.

Back in the UK, it looks like eggnog might now be making inroads, too. In 2021, bottled cocktail company Black Lines released its first bottled eggnog – Oatnog, a version of the drink made dairy-free by the addition of oat-based milk and cream. The drink sold out twice, and has returned for a second year. ‘Eggnog is this strange concept that seems to perfectly epitomise Christmas; rich, decadent and luxurious,’ says Kuleen Khimasia, co-founder of Black Lines.

The eggy nature of the drink can cause some to balk, as can the idea of drinking it hot as tradition calls for (although, you’d be hard-pressed to find a bar serving it hot right now). However, eggnog has been charting a rise in popularity in recent years – beginning with its inclusion as the first-ever holiday special drink at popular coffee chain Starbucks (the eggnog latte) in 1986. The drink can still be found on European Starbucks festive menus, although not in the US, much to the disappointment of the noggy drink’s fans.

That seems to be the feeling at Common Decency – a cocktail bar below NoMad hotel in London’s Covent Garden – which is going the whole Christmas hog with a ‘Holiday Spectacular’ involving festive drinks, disco Christmas tunes, and drag ‘Sandra Claus’ entertainment to boot. The menu, of course, features eggnog, with a booze-heavy mix of Scotch, bourbon, rum, a touch of Cognac and hazelnut liqueur Frangelico. Leo Robitschek, VP of food and beverage at NoMad London, says the return of nostalgic drinks like eggnog has a lot to do with the need for fun in turbulent times. ‘As we come out of the pandemic and find ourselves in a recession with political, social, and financial uncertainty, people want a sense of fun and to look back to times of joy. Reimaging these memories through cocktails brings comfort and much-needed whimsicality that make us all happy,’ he says.

In fact, a flurry of London bars have been celebrating the return of festive drinking with a menagerie of Christmas drinks on their menus – seemingly, more so than ever before. Smart hotel bar Silverleaf is offering its ‘Oolong | White’ chocolate cocktail, made with Nikka Days Whisky, salted egg yolk, Oolong tea and white chocolate, celebrating the same rich flavours as the traditional version of the drink. And the newly opened Swift bar in Borough Market has an alpine-themed nog called Ardéche as one of its festive seasonal serves, made with chestnuts from local stallholders, rye, walnut vermouth, chocolate bitters and egg.

Although these recipes are following the ‘general trend of nostalgia’, says Robitschek, it looks as though elevated versions will become more and more common on cocktail menus in UK Christmases to come. 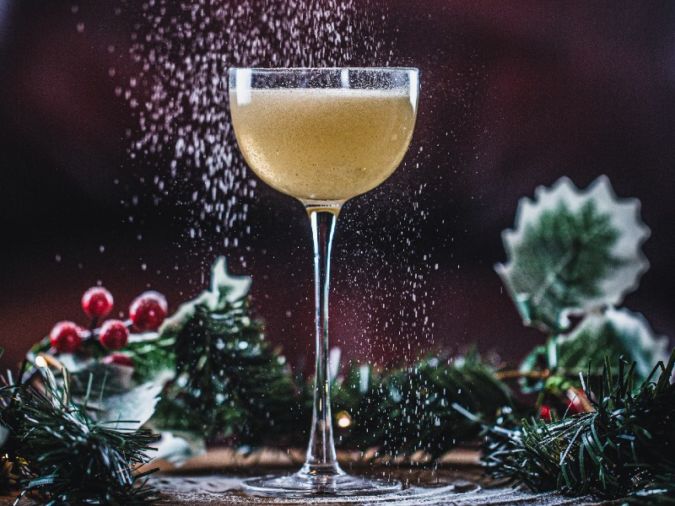 by Joel Harrison and Neil Ridley 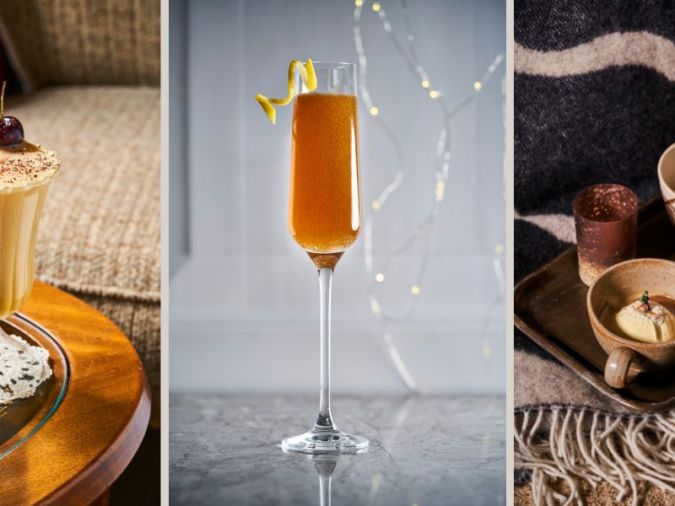 The Anatomy of a Penicillin 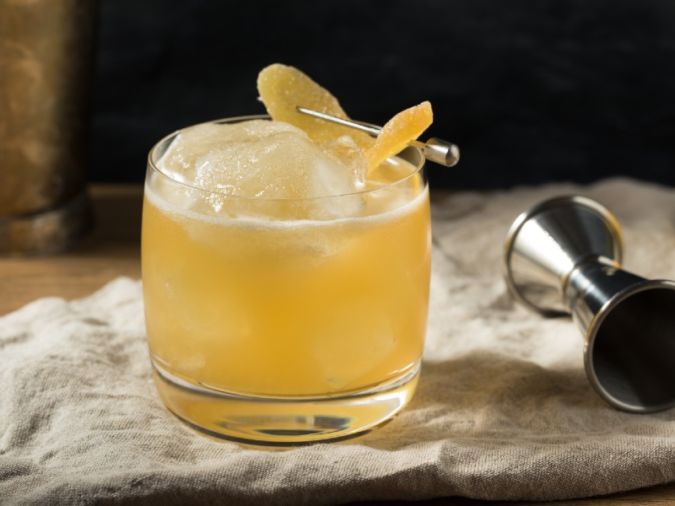 The best gifts for cocktail lovers this Christmas 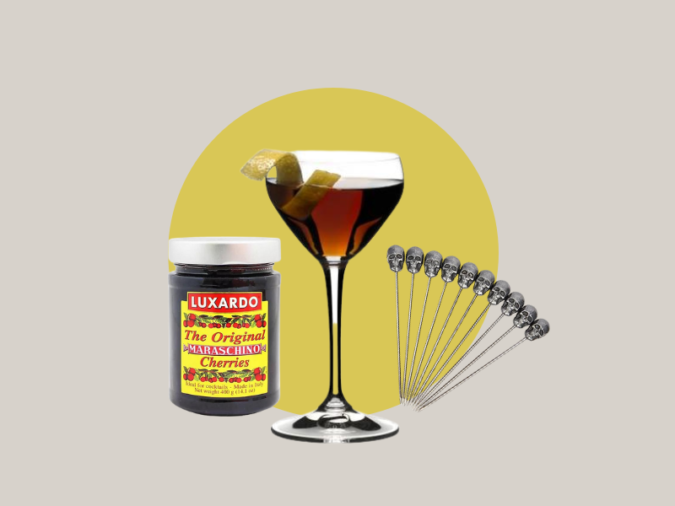