Given its singular role in the genesis of wine, not to mention its place in the creation of what we  now call ‘social drinking’ (for ancient Athenians, a more worthy sounding ‘symposium’) it should perhaps come as little surprise that modern Greece is making some of the world’s most distinctive – and exciting – wines.

With exports booming, new wineries have emerged all over the country since the financial crisis of a decade ago, with the average producer owning just half a hectare. Such individuality has born fruit – literally. And though international varieties still play their part, there is now a far greater focus on the indigenous grapes that do so much to distinguish the wines of Greece.

From well over 200 indigenous varieties, only a handful have yet made it into the international consumer consciousness, with white Assyrtiko and red Xinomavro at the vinous vanguard.

For the benefit of those whose 2020 year planners ended up in the bin, this Sunday is ‘international Xinomavro day’: a chance to celebrate this noble, idiosyncratic variety, hailing from the north of Greece, whose name literally translates as ‘sour black’.

“Xinomavro has such potential to make awesome wines,” says Freddy Bulmer, until recently the Greek buyer for the Wine Society, and who judged Greece at the IWSC this year. “It can reflect where it is grown, which is vital for any successful variety, and it can really get detail into the glass. It has backbone, but it can also be very elegant and fine-tuned.”

Among the examples that excelled at this year’s IWSC, Alpha Estate Single Vineyard Hedgehog Xinomavro 2017 won a silver medal, with the judges praising its “distinctive nose of quince, red berries and dried leaves,” “lifted acidity” and “well integrated tannins”.

As demand for rosé grows, Xinomavro is also playing its part, with Alpha Estate Single Vineyard Hedgehog 2019 winning an IWSC gold medal, singled out for its “elegant, charming and classy notes of peach,” and “unique texture”.

Offering a sea shanty of salinity, Assyrtiko has journeyed from its birthplace on the beautiful island of Santorini, in the southern Cyclades, to grace some of the world’s finest wine lists, with prices to match its status as a beacon of wine fashion.

Rich in minerality and relatively high in alcohol, Assyrtiko is celebrated for its ability to retain its crisp acidity and zesty citrus character in the searing summer heat, and also its potential for ageing. Now grown all over Greece, it is seen as a potential saviour elsewhere as temperatures rise with global warming, but its quintessence is still to be found in Santorini, where the volcanic soils mean the ancient vines are free of phylloxera.

“Santorini is unquestionably the home of the greatest Assyrtiko,” says Bulmer. “You can get it on the mainland, but I have personally struggled to find anything to rival the salty, taut wines that provide a taste of Santorini’s sea air, rather than just the variety.”

Triumphing at the IWSC this year, Volcanic Slopes Vineyard Pure 2017 won a gold medal, with the judges noting its “expressive nose of kumquat and lemon rind” and “refined minerality and zesty acidity, creating a lifted style”.

“We have seen a real thirst for Greek wines at The Wine Society,” says Bulmer, “with a doubling of sales over the last two years as our members experience new wines and feel the confidence to experiment further. It’s not just about the famous fine wines either – it’s right across the board.”

Elegant, charming and classy with notes of peach. Developing on the palate to hints of perfumed peaches and red fruit. Complex with a unique texture that is excellently balanced. A… Read More

xpressive nose with notes of kumquat and lemon rind. Refined minerality that is harmonious with the zesty acidity, creating a lifted style. Elegant citrus notes of grapefuit that last long… Read More

Distinctive nose of quince, red berries and dried leaves. Lifted acidity with notes of stewed rhubarb and liquorice on the palate. Well integrated tannins with a developing finish. Read More 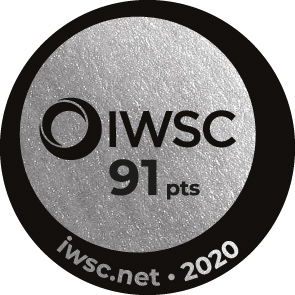 Unique palate with complex notes of lime, grapefRuit and pear skin. Driven by minerality on the palate, creating a refined and charming style with lots of layers and great length. Read More

Ripe fruit on the nose with notes of juicy melon and white peach. Generous fruit on the palate with hints of floral flavours, lots of personality and brilliant balance. Read More 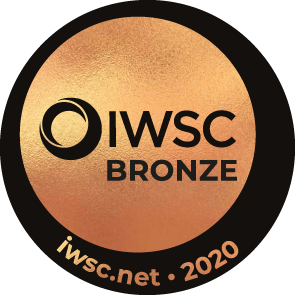 Fresh quince notes on the nose with juicy pear and melon on the palate. Read More