Priorat’s noms de la terra system, introduced in the 2017 vintage, is a significant step in the evolution of Priorat wine. For the sake of brevity, it can be described as a Burgundian hierarchy: above the regional wines (Priorat DOQ) are 12 vi de vila (village) zones; then vi de paratge (equivalent to a single location or lieu-dit; paratge means ‘place’); at the top of the pyramid are single vineyard vinya and gran vinya classificada (equivalent to premier and grand cru); and lastly, the velles vinyes (old vines) category, for vineyards more than 75 years old.

So far, some 50 of the region’s 110 producers have wines under the new classification. Of the recommended wines that follow here, a handful (such as Clos Galena, Mas Doix 1902 and Torres’s Mas de la Rosa) will be reclassified as such in future vintages.

Sara Pérez took over Mas Martinet, the winery her father founded, in 1996. She is the daughter of Josep Lluis Pérez, one of the original pioneers of Priorat. Pérez supports noms de la terra, but she’s not worried that none of her wines is eligible. For a start, she’s located between the villages of Falset, which belongs to the neighbouring Montsant DOQ, and Gratallops, which is Priorat; some of her wines are from single vineyards like Escurçons and Pesseroles, which don’t qualify, for various reasons. ‘It’s not a problem,’ she says. ‘I’m very proud of the new classification. It’s a clarification of the complexity of our landscape and history. When a new appellation is getting established it needs to be more exclusive. But those of us who aren’t in it, we’re still from Priorat, and we’re still championing the appellation.’

Others agree. Daphne Glorian of Clos i Terrasses started out in Priorat in the 1980s, along with Josep Lluis Pérez, René Barbier and Álvaro Palacios (the latter one of the driving forces behind noms de la terra). She feels no need to reclassify her two wines, the highly regarded Clos Erasmus and Laurel. She fully supports noms de la terra but says her winery is so well established, it would make no sense to add the names to its wines.

Even those who have doubts are still broadly positive. ‘It’s a good idea, but it’s come too early,’ says Dominik Huber of Terroir al Limit. ‘We don’t think Priorat is a mature enough appellation yet.’ It’s notable how supportive the producers of Priorat are. In contrast to Huber, Miguel Torres Maczassek of Familia Torres believes the village level will build knowledge. ‘It gives specificity to the wines and helps us understand their origins, parcel by parcel and village by village. Old vines will be mapped and better protected,’ he argues. Torres’s three Priorat wines – Perpetual, Salmos and Mas de la Rosa – have been or will be adapted to fit into the new classification. The sourcing of Cariñena, Garnacha and Syrah for Salmos, for example, currently from the villages of Porrera and Lloar, will be changed so that it can be labelled Vi de Vila de Porrera.

Priorat manages to be simultaneously both ancient and very modern indeed. Wine has been made here for at least 800 years; by the 19th century, there were 6,000ha of vineyards in these slate-strewn hills, producing dark-hued, powerfully extracted wines. In the 20th century, phylloxera and depopulation took their toll on the region; in the 1980s, Priorat was so deserted it was ‘like the moon,’ Glorian says. When Barbier and his gang of pioneers arrived, they planted international varieties, aged their wine in oak barriques, and adopted the French term clos for their wineries as a signal of intent. Their wines soon came to the attention of Robert Parker, and the new Priorat was born.

And it goes on evolving, in many different ways – from the use of oak (Pérez hasn’t bought a new barrel since 2007; she ages her wines exclusively in cement, large foudres and amphorae) to the gradual lessening of Cabernet Sauvignon and the increase of Cariñena in the blends, and improved understanding of the terroirs of different villages and altitudes. Noms de la terra enhances and defines that process, but it’s going to take time. As Glorian puts it, ‘Let’s not forget the Burgundians have been doing this for a thousand years.’

THIS ARTICLE IS PART OF THE COLLECTION, THE NEW HOME OF OUR PREMIUM CONTENT AND DOWNLOADABLE MAGAZINE ARCHIVE. SIGN UP FOR FREE HERE.

Graceful juice courses through this wine, drenching tannins and fruit in a fine spray. Fresh and opulent, with real finesse, it manages to marry massiveness and elegance. The finish… Read More

A lovely nose of aromatic polished cherry wood, with a hint of slate and earth. Dense, concentrated and very juicy, with powerful acidity that pulses throughout. Fine aromatic fruit… Read More

Gorgeous, violet-perfumed nose. The palate is savoury and concentrated, with dancing acidity tingling on the tongue and checked by ripe tannins. The juice absolutely flows and informs the wine,… Read More

Ripe sweet menthol on the nose, and under that, a tang of wet clay. Lovely and beguiling. On the palate there’s a constant tension between savoury mineral and floral… Read More

Good, fresh, concentrated nose and a palate of menthol spicy wood notes. The tannins are powerful and integrated, the mid-palate generous but tempered with minerality. A fine example of… Read More

Cherry top notes on the nose, with lovely intensity, full and fresh with red fruit. There’s a really serious dry tannic note, with lots of juice at the end. Read More

Really pretty, sweet cherry nose on a mineral base. Concentrated fruit and pure sweet tannins, with some peppery notes. Balanced and pure – you hardly notice the alcohol. A… Read More

Really pretty nose, with sweet black cherry; meaty and savoury. This is restrained, with no overextraction. There’s delicate minerality (you can feel the slate); it’s serious, the tannins like… Read More

Sweet blackcurrant jam on the nose, the flavours filling the room as it opens in the glass, with herbal notes coming through at the end. Wonderfully fresh on the… Read More

The nose is shy but attractive, with dark fruit and herbal notes. A complex palate with tannic grip; very fresh and open, with fine dark fruit. There’s a creamy… Read More

An intense, savoury nose with liquorice and a bit of tar. It’s fresh but big-boned, even massive, but full of life, with dark-spectrum fruit (damson and sloe) and fine… Read More

Delicate floral aromas and a pleasant hint of boiled sweets on the nose. Instant perfume on the palate; there’s dark fruit to the fore, the tannins are washed with… Read More

Very bright ruby – a jewel-like colour. The nose has those classic aromas of wet stone underlaid with damp clay (it transports you to those hardscrabble slate hillsides) and… Read More

The nose is hedgerow earth and dried petals, the palate weighty and tightly wound, the tannins distinct, not aggressive but present. Beautifully made; minimal extraction, not opulent but generous,… Read More 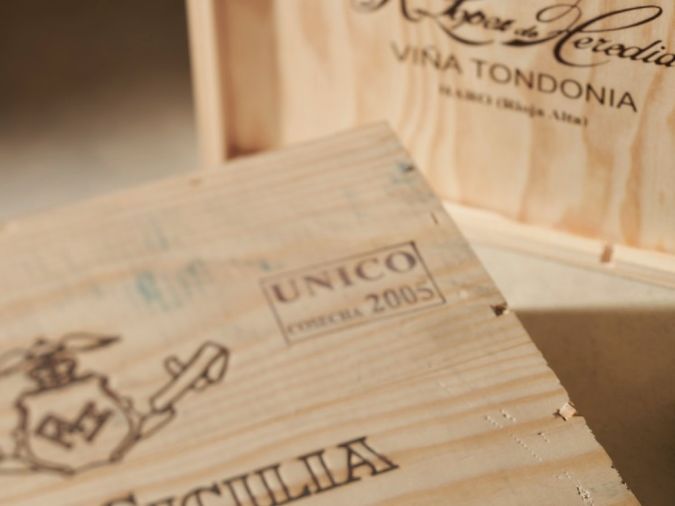 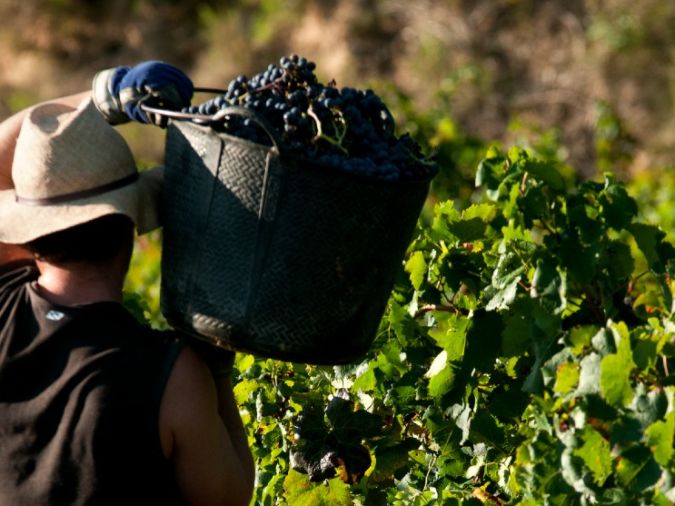