While a drink is only as good as its maker, it’s not all down to a master distiller to bring a spirit to life. Consider this: if the distiller is the guitarist in the band, the Fender Stratocaster of distillation has to be the copper pot still, the classic instrument known for delivering quality, excellence and a unique personality.

What does a pot still actually do and how does it work?

The role of the still in making spirits is a simple one. It is effectively a giant copper kettle within which a low-strength alcoholic liquor – such as a beer or wine – is heated. The alcoholic compounds evaporate at a lower temperature than water and thus turn into a gas, separating them out from the non-alcoholic compounds. Rising up through the copper stills, which become increasingly narrower and cooler, these gases are condensed back into a liquid – critically, with a greater percentage of alcohol in them than there was before. The result: a high-strength alcoholic spirit.

There are greater nuances to the process, such as the cutting points. Not all alcoholic compounds are good – some taste nasty and some are downright dangerous. These are the compounds that, in drinks distillation, thankfully appear first and last in the distilling process. The middle section, the heart, is where the tasty, drinkable compounds lie, and it is the job of the distiller to ensure that this section is selected for either bottling direct from the still – in the case of a white spirit – or resting in casks – in the case of a dark spirit.

What’s the difference between pot and Coffey stills?

Pot stills, which look like dumpy kettles or giant onions, are not the only bit of kit used in distillation. In the early 1800s a more industrial, efficient still was created. Known as a Coffey still, patent still or column still, this format is made up of a number of plates, each acting out a micro-distillation and used to create a vast amount of spirit in a relatively short time. This is partly due to the fact that they can run continuously, rather than in batches, which is how a pot still must function. These large, industrialised continuous stills create a very high-strength spirit, but can sacrifice much of the character along the way.

The result is that pot stills, running in batch processes, create a spirit that is more expensive to make, yet one that gives greater character – and part of the characteristics of these spirits comes down to the unique size and shape of each pot still. For example, the small stills at The Macallan distillery are listed as one of the important six pillars that makes Macallan the unique, and highly prized spirit lauded by drinks experts around the world.

The small stills produce a heavy, sulphurous spirit that stands up well to long maturation in sherry casks. By contrast, the stills at near neighbours Glenfarclas are the largest in the Speyside region and are direct-fired, giving a lighter but no less flavoursome style of new-make spirit.

Does a pot still last forever?

These beautiful sculptures are mostly sacrificial. In the production of whisky, their job is not just to separate the alcoholic and non-alcoholic compounds through evaporation, but for the copper to cleanse and clean the spirit. As a result, the still thins over time, and will eventually need to be replaced.

Richard Forsyth is managing director at Forsyths, a coppersmith specialising in distilling equipment that has been at the forefront of still-making since 1890. “As soon as you start to vaporise the wash”, Richard notes, “it starts to eat the copper, so the head [the tops of the stills] are the first part to go.”

However, it’s worth noting that each distillery is reliant on the shape and size of their stills, and it is a key component in the resulting DNA of the spirit style for each producer. It is, in effect, the distillery’s fingerprint. It’s unique to them, and replacing them requires exact replicas to be made. This is a major part of the business at Forsyths. The company has recently produced stills for expansions at both Glenfiddich and The Glenlivet distilleries, along with producing 36 stills for the new Macallan distillery, which opened in 2018.

Is it just in whisky-making that the pot still impacts flavour?

Copper pot stills are equally as important in the production of gin, where the spirit (often made in column stills, to reach a high ABV of 96%) is “rectified”, or flavoured, by resting with botanicals in the belly of the pot still – or hanging them in a basket in the neck of the still – before delivering the final flavour through distillation.

Gin doesn’t require copper pot stills to flavour spirit, however; it can be done simply through infusions of favour, or the addition of flavourings. But that’s not very rock and roll. For true gin, a gin that carries the name London Dry, stills must be used to add the flavour of the botanicals and so their importance is paramount.

The overall result is that copper pot stills are not just an important element in the world of distilled spirits, they are perhaps the most important element of any spirit that requires flavour and personality driven from batch production. They are the tool that takes drinks and turns them up to 11. 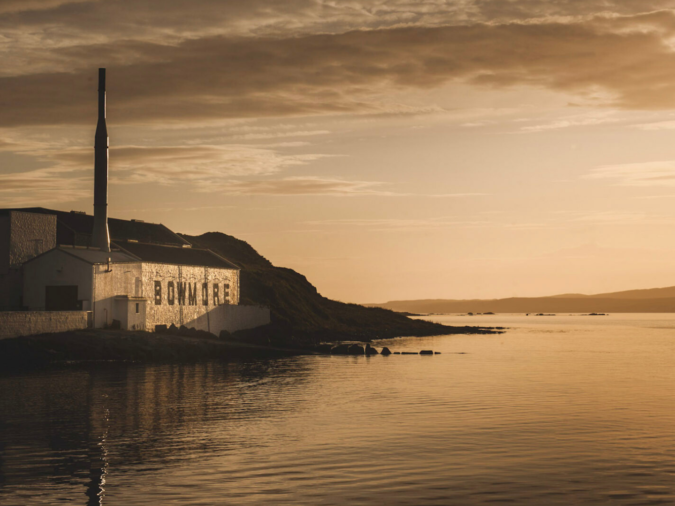