Why is Penfolds in the news?

It’s been the subject of a huge counterfeit operation in China, where police raided workshops across the country, from Guangdong to Shanghai, discovering an operation that has produced an estimated RMB 130 million (US$20m) worth of fake Penfolds wine. Cheap bulk wine was repackaged as Penfolds, and sold online for many times its original price – though about 30% cheaper than the true market value.

Penfolds has been a keen cultivator of the Chinese market: at the end of 2020 the country accounted for 25 per cent of Penfolds’ sales, 39 per cent of revenue, and roughly a third of the earnings of Penfolds’ parent, the giant wine company Treasury Wine Estates (TWE). It has, however, proved an unreliable market. Late last year the Chinese government imposed a crippling 169 per cent tariff on imported wines, forcing TWE to turn back to traditional markets for its icon wines. The measures are supposed to be temporary but may last well into 2021 – and until then, “demand for its portfolio in China will be extremely limited”, Penfolds says.

Why is Penfolds so sought after in China?

It all comes down to heritage and prestige. There are only a few dozen wine producers in the world with the prestige of Penfolds – and a mere handful in the New World. The producer of Grange and many other renowned wines was founded in 1844 at the Magill Estate in the Barossa by Mary and Dr Christopher Penfold. The wines they made as tonics for patients suffering from anaemia began to gain a reputation and by the 1860s they were being shipped around Australia; in 1889 their “Tawny Port” won a gold medal in Paris, and their “No 1 Claret” and “Chablis” began to be asked for around Australia. It was in 1951, when Max Schubert laid down his experimental barrel of Bin 95 Grange Shiraz, that the foundations for today’s internationally-renowned company were cemented.

Last year Penfolds published the 8th edition of the Rewards of Patience, “a dynamic insight into the ageing progression, taste, condition and history” of almost all the company’s wines, from the inaugural 1951 Grange through St Henri (first vintage 1888, revived 1957), Bin 707 Cabernet Sauvignon (first vintage 1964), Magill Estate Shiraz (first vintage 1983), to the recent Special Bottlings, a Champagne made by Champage Thiénot, and Lot. 518 [sic] Spirited Wine with Baijiu, a fortified Shiraz infused with the Chinese spirit.

It’s this last release that demonstrates chief winemaker Peter Gago’s skills as a marketeer. Gago has been at Penfolds for more than three decades and at the helm for 20 years (he joined the company in 1989 and took overall charge of winemaking in 2002). In that time, flying between capital cities like a vinous Bob Dylan on an almost-never-ending promotional tour, he has steered the brand from being a renowned wine producer to a bona fide member of the luxury goods market. He is unashamedly commercial: in 2012 he oversaw price rises across the range that enraged wine merchants.

So what of these “icon” wines?

The venerable producer launched the Penfolds Collection 2020 last September, the annual release of the latest vintages of its red and white wine range, from the Bin 51 Riesling and Bin 311 Chardonnay to St Henri, Bin 707 and Grange. “Spectactularly good wines that get better and better as they age,” Alistair Viner of London’s upmarket wine shop Hedonism says.

And the newer, more unorthodox wines being released?

Penfolds’ chief winemaker Peter Gago is recognised not only for his blending skills but also for being one of the best salesmen in the business. Since he took over as chief winemaker in 2002, he has steered the brand from being a renowned wine producer to a bona fide member of the luxury goods market. The Penfolds portfolio now includes a Champagne, a Napa wine coming next year, and the g3 and g4 “Grange DNA” blends (multi-vintage cuvées) which retail at upwards of £2,000 a bottle – not to mention 2012’s Ampoule: the AUD$168,000 Block 42 Kalimna Cabernet Sauvignon 2004 in a hand-blown glass “ampoule” and hand-tooled wooden cabinet.

Penfolds Champagne. It has an odd ring to it.

Gago might agree. “I feel a bit of an intruder when I go to Champagne,” he says. “I’ll be in Äy using saffron descriptors for Champagne and they’ll say, ‘That’s a bit weird’.” In 2019 Penfolds collaborated with Champagne Thiénot to make three special cuvées to celebrate its 175th anniversary. The range comprised a Chardonnay/Pinot Noir, a Blanc de Blancs and a Blanc de Noirs. The Champenois might also have raised their eyebrows when the winemaker said he wanted to put a bit of Yattarna Chardonnay in the dosage. The Champagne ruling body wouldn’t allow a drop of anything from outside the region in the wine, so Gago sent over Yattarna barriques for the ageing.

Penfolds owner Treasury Wine Estates has five properties in Napa – Beringer, Beaulieu Vineyards, Stags’ Leap Winery, Sterling Vineyards and Etude. Between them they have some of the finest vineland in California (though Sterling suffered some damage in the recent fires) so it is obviously tempting to stamp the Penfolds name on a Napa wine. The Collection of California wines, from the 2018 vintage, have been made by Penfolds winemakers and are currently in barrel (though the company isn’t saying exactly which vineyards the grapes come from). They will be released next year, 2021.

You have to remember the Penfolds name carries huge international cachet, especially in Asia. As TWE said in 2018, “These extensions will consolidate Penfolds as a luxury brand that transcends its existing sourcing regions and categories, positioning it for its next chapter.”

Brand extensions… positioning for the next chapter… sounds like they’re playing to the stock market.

Many would agree. These releases are “firmly aimed at high-net-worth individuals,” wine critic Jamie Goode says. “I guess they know what they are doing, but to an outsider it looks like they are coming close to jumping the shark. Think of a product idea, make it rare, and then dream up a number with lots of noughts on the end and hope someone will bite. Everyone in the luxury goods segment is doing this. But it does grate a little when compared with the classic, tradition-infused nature of the rest of the range.”

What does Gago say?

He gives every indication of not minding the controversy generated by some of the more outré Penfolds creations. “Look, we get into trouble whatever we do,” he told Club Oenologique. While some (Goode isn’t alone) do worry there’s a mercenary whiff to Penfolds “brand extensions”, there are plenty of critics who don’t. “What may seem at first sight to be purely an exercise in adding commercial value has a more serious purpose,” wrote Ella Lister. “The Penfolds team has once again proved its exceptional blending skills, capturing in g3 the evolutionary essence of Grange in a new dimension, by distilling the diachronic quality of the vertical tasting experience into the moment of a single glass.”

“Diachronic quality” – sounds serious. What is it?

g3 and g4 (next year’s g5 will be the last) are blends of several vintages of Grange. Cynics say that Penfolds is simply emptying magnums of the great wine into a barrel, re-bottling them – and charging a premium price. Penfolds says “g4 is blended through trialling on the bench, with measuring cylinders in hand, to-ing & fro-ing between options until all flavour/structural/style/conceptual boxes are ticked. And then trying that bit harder, until the right mix appears.” It’s a similar system to making non-vintage Champagne, the company points out. “The blend energetically entwines Grange DNA from the exceptional 2002, 2004, 2008 and 2016 vintages, to create a completely unique and rare expression of Penfolds’ flagship.”

Are these wines a good investment?

g3 and g4 haven’t been around long enough to tell; generally, Grange is the only blue-chip investment. “Penfolds Grange is a cornerstone of the Australian secondary market, with a reputation and track record that rivals some of the great classified growths of Bordeaux and Burgundy,” says Langton’s Classification of Australian Wine. Liv-ex, the global marketplace for the wine trade, notes that Grange 2008 rose in value by 23 per cent from £3,725 a case in September 2016 to £4,600 in September 2020. Grange 2015, released this time last year at £4,140 a case, has gone down in value to £3,630, but this year is an anomaly, for many reasons. As for the other wines in the range, Viner notes “We don’t sell as much Penfolds as we used to.”

If you bought an Ampoule in 2012, should you hang onto it?

Probably. Interestingly enough, though 11 Ampoules were sold, they almost never come up at auction. Viner’s Hedonism bought one and it took six years to sell it; part of the deal is that a “senior winemaker” from Penfolds will fly in and open the container for you when you decide it’s time. None has been opened yet.

What happens if I just want a great Aussie wine?

The joy of Penfolds is that there really is something for everyone. If you blench at the £149 price tag on the Yattarna, then the Bin 311 Chardonnay and the Bin 51 Eden Valley Riesling are beautifully made wines at less than £30. For the same price, the Bin 128 Shiraz is a brilliant example of how to handle fine, savoury dark fruit. At the pricier end, St Henri – which sees no new oak – is loved for its old-fashioned elegance. It’s still less than £100 a bottle – pricey, but not as much as a Louis Vuitton wash bag.

It’s an anomaly. It’s true there’s something slightly absurd about some of the projects Gago comes up with, but his – and his team’s – credentials as winemakers are in no doubt. Grange and Bin 707 are the world’s greatest multi-regional wines; Magill Estate shows the unique character of the single estate; St Henri is adored for its delicacy; the range of Bins, from Bin 389 through Bin 407 Cabernet and Bin 150 Shiraz, Kalimna Bin 28, and Coonawarra’s Bin 128 are masterclasses in expressions of its terroir and blend, the styles honed by differences in maturation, in barrel age, in selection. “What’s fascinating – and possibly a secret to Penfolds success – is its genetic adaptability,”

Wine commentator Joe Fattorini, who tasted the Collection in London in September, remarked. “In one moment it emulates grand-marque Champagne in aspiring to a house style by promiscuously dipping into different vineyards, regions, states, as the need arises. The next it’s a slave to terroir, showing the unique character of Magill. In a sense that means that whatever tribe you belong to you’ll find yourself in one of the wines. Traditionalist? St Henri. Specialist, Bin 150 Marananga. Aspirant Plutocrat? Bin 389. Actual plutocrat? Grange.” 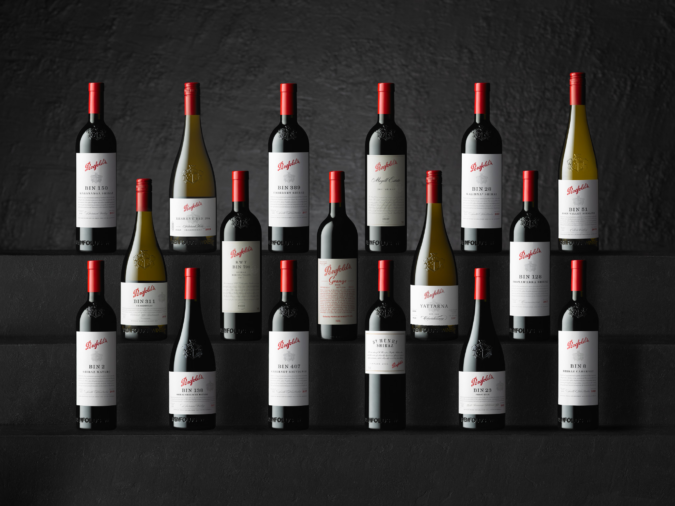 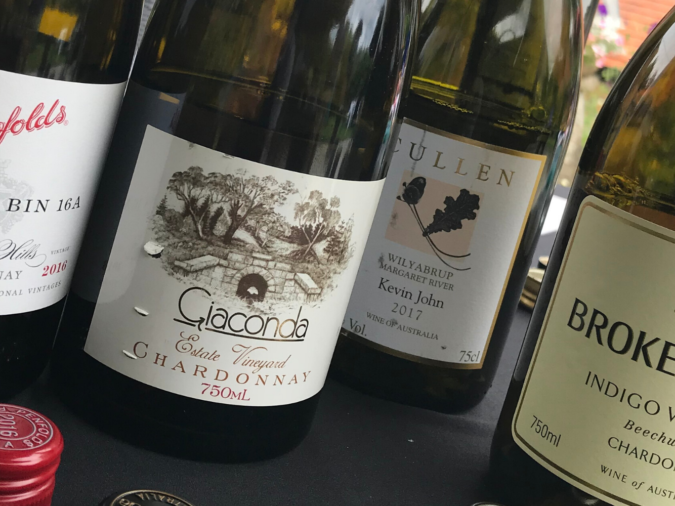 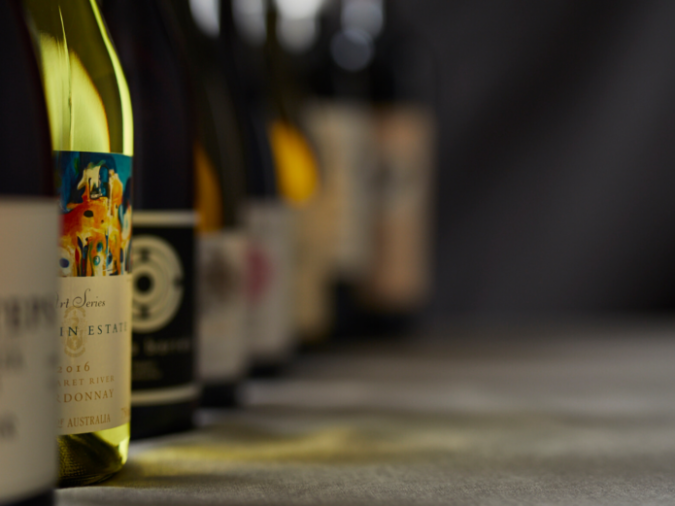 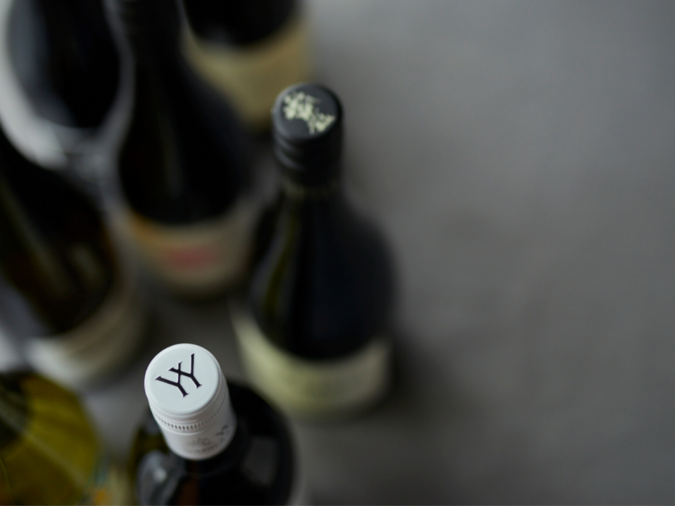