You’d think that we’ve already reached the limits of ways to prepare and cook fish, but an Australian chef in his early 30s has turned that notion on his head. Josh Niland of Sydney restaurant Saint Peter has drawn praise from the best chefs in the world for his ingenious methods, and he’s drawn comparisons with the likes of St John’s Fergus Henderson for his zero-waste ‘nose-to-tail’ approach – a far cry from traditional recipes in which most of the fish is discarded or tossed into the stock pot.

Step into Saint Peter, in the neighbourhood suburb of Paddington, and you won’t find Dover Sole a la meunière or salmon en papillote. You will, though, find the likes of smoked-eel and beetroot-jam doughnuts, swordfish bacon, and prawn crackers made with fish eyeballs. Yes, Niland is a staunch advocate of using all those parts that most chefs leave behind – heart, roe, spleen and all.

Niland grew up in the Hunter Valley in New South Wales, and had to overcome cancer aged just eight, which involved months of chemotherapy and radiotherapy, as well as having a kidney removed. The chef describes overcoming his illness as ‘a big rocket pack on my back at a very young age’, and by the time he was 15, he was already cooking in various Sydney restaurants.

Like many Aussie chefs, Europe came calling, and Niland ended up right at the top, at the three-Michelin-starred Fat Duck in Berkshire, working with Heston Blumenthal in the restaurant’s development kitchen. Returning to Oz, he opened Saint Peter in 2016, then in 2018 his shop, Fish Butchery, just a few doors down. Again, Niland has flipped the traditional logic of selling fish just hours after they’re landed – instead, he dry-ages them for up to two weeks to intensify the flavour.

Married with two children, he admits he hasn’t quite worked out his work-life balance yet, but aged just 32, he’s already challenged the status quo on not just how to cook, but how to do so in the most efficient, sustainable way.

What was your childhood ambition?
To play cricket as often as I could and try to get through a difficult time having succumbed to a childhood cancer at eight. I was a batsman, and even today I have a huge admiration for Mark Waugh, Donald Bradman, Sachin Tendulkar and Brian Lara.

What exercise do you do?
Besides playing a bit of basketball with my kids at home, it’s the rigours of service, fatherhood and staying across and running between our two businesses that keep me (relatively) fit.

What do wish you’d known when you were 21?
That life is a marathon not a sprint.

What is the most expensive thing you’ve ever bought (aside from property)?
A hotel room in Paris for my wife and I’s honeymoon had an eye-watering price, but it’s a memory neither of us will ever forget. Though having said that, I’m afraid I can’t actually recall the name of the hotel…

If you could live anywhere, where would it be and why?
Sydney. We adore our life here in Australia and wouldn’t permanently pass it up for anywhere in the world.

If you could do any other job what would it be?
A professional cricketer. Besides being with a team of friends, I love the endurance and mental acumen required for Test matches. Being an opening batsman, I loved being in the middle for as long as I could.

What is your favourite restaurant – anywhere?
Blue Hill at Stone Barns, New York – but it was far more than just a restaurant. To me, it was more of a university for chefs where culinary creativity and technique are all meshed together. The end product was a remarkable meal like no other, but it also gave me greater perspective on how to interact with food, the land and those who grow food. The kale and dairy-cow marrow served with beautiful fresh bread was a dish that will live long in the memory.

What luxury item would you take with you to a desert island?
My barbecue.

If you were king or queen of the world, what’s the first law you would enact?
That no one goes hungry.

Whom would you invite to your fantasy dinner party?
Heston Blumenthal, [chef] Dan Barber, Leonardo DiCaprio, my wife Julie and [comedian] Celeste Barber.

What’s your secret talent?
My illustrations of superheroes are pretty good…

When were you happiest?
Right now, I feel so lucky to have so many wonderful people around me – my wife Julie and my children, first and foremost, for constantly giving me great joy – and our teams at Fish Butchery and Saint Peter that work so hard to create a wonderful experience for our community of guests.

Whom do you most admire?
My dad. A man who has remained faithful, kind and happy for every year I have known him and someone who will always put others first. His resilience and passion are the two qualities that I feel I have absorbed through osmosis. He’s taught me to be patient and not to forget where I came from.

Which words or phrases do you most overuse?
“Good op” instead of “good option”. And “delicious”.

What’s your most treasured possession?
My wedding ring.

What’s your current favourite box-set, TV programme or podcast?
The Last Dance, the Michael Jordan documentary. Having witnessed that team play in the flesh and having met some of them in Chicago, it brought back a lot of amazing memories. It also gives perspective to a group of individuals not too dissimilar to a kitchen that banded together as a team to do remarkable things. 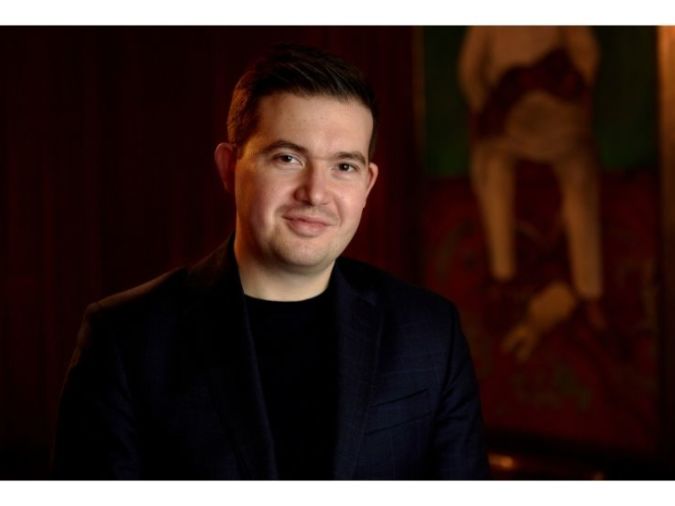 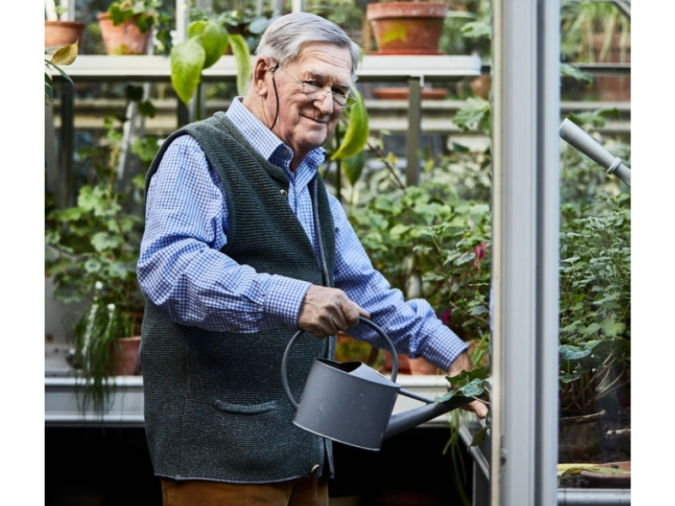