In Issue 5 of Club Oenologique, our gastronomic correspondent Fiona Beckett asked why lamb, despite its adaptability and popularity in cuisines around the world, and its broad cultural significance, is being chopped from UK menus. Here, we present the article (including why, contrary to tradition, lamb may not actually be the best choice to serve on Easter Sunday) along with five delicious wine recommendations to pair with this excellent dish.

When did you last eat lamb? I ask because, according to the latest figures, it accounts for a minuscule 1% of the meat we buy in the UK – 37g weekly per head compared to 186g for chicken. Chef and butcher Richard Turner, who has written two books dedicated to meat, has never covered lamb. ‘It just wouldn’t sell,’ he tells me.

It wasn’t always the case. When I was a child, lamb was a treat, my favourite Sunday roast. If you went to a top restaurant there would be rack of lamb or, for big family celebrations, even a resplendent saddle.

It was thrifty too, back in the day when lamb shanks were affordable. The neck cuts went to make tasty Irish stew, there was shepherd’s pie or – sheer heaven – Lancashire hotpot. Now it seems it is only featured in self-consciously retro establishments such as London’s St John – surely one of the only restaurants in 2020 to list a lamb rissole, albeit accompanied by fashionable anchovies.

It’s hard to understand lamb’s fall from grace. Think of the cuisines that are popular now – Greek, Turkish, Middle-Eastern, North African. All feature lamb as a central ingredient, not least because it’s not a forbidden meat for Muslims. In the Christian tradition too it has a symbolic significance. The Lamb of God. Easter lamb (though, as we’ll see, that’s not the best time to eat it). Across countless cultures, lamb has always been revered.

It should also resonate with those of us who are concerned about factory farming. Lamb is the most naturally reared of animals, almost always free range, raised on biodiverse natural habitats such as salt marshes and moorlands which are rich in herbs and plants. There’s a health bonus too – research has shown that the meat of grassfed animals is higher in omega-3 fatty acids as well as having a higher vitamin E content.

There hasn’t been the buzz about lamb breeds that there has with beef and pork, yet there are more than 60 in the UK alone, including primitive examples such as Soay, Hebridean and Manx, mountain and ‘forest’ breeds such as Welsh Mountain, Beulah, Scottish Blackface, Herdwick and Swaledale, and downland ones such as Oxford Down and Southdown. A new campaign to get greater recognition for native breeds is being launched by The National Sheep Association in the UK this summer, and will see lamb labelled with the age and breed of the sheep as well as the area where it has been farmed.

The Victorians, who reared sheep primarily for their wool, were great connoisseurs of lamb, according to Bob Kennard’s Much Ado About Mutton. As the great cookery writer Mrs Beeton wrote: ‘The difference in the quality of the flesh of various breeds is a well-established fact, not alone in flavour, but also in tenderness.’

Maybe it’s the perception that lamb is in some way ‘gamey’ that puts people off. Yet the popularity of New Zealand lamb has led to a much milder flavoured meat – a vehicle for stronger flavours rather than a star in its own right. Apparently it doesn’t appeal to younger consumers – to the extent that the marketing people seem hesitant about using the L-word, increasingly preferring to use the description sheep meat.

I also think the way restaurants work now, focusing on quickly cooked food, has contributed. Lamb shows best when cooked over coals or low and slow. Most UK restaurants, other than ethnic restaurants, don’t do braises and stews. Even a roast like a rack of lamb takes time. There’s no real lamb equivalent to steak despite butchers such as Turner & George pushing lamb henrys. Chops are regarded as fiddly by today’s consumer.

When you look at Europe the picture is different, especially in northern Spain where barely a meal goes by without lamb on the plate. In a French bistro in spring you’ll still find a navarin. Go to Greece or Turkey and there will invariably be lamb on the grill, usually in the form of a kebab. In fact, I suspect a lot of younger consumers who enjoy kebabs have no idea it’s lamb they’re eating. Maybe lamb just needs more theatre: in both Chilean and Argentinian Patagonia it’s cooked stretched out dramatically on an iron frame in the shape of a cross – cordero al palo. Or a greater understanding of the ingredients that show off the meat at its best: the punchy cocktail of herbs and capers in a classic salsa verde, the aromatic lift cumin will always give it (try a lamb tava) or the matching unctuous richness of aubergine. As author Niki Segnit puts it in her admirable The Flavour Thesaurus: ‘Aubergine was – I can only imagine – designed with lamb in mind.’

Finally I think we should blame Easter, which creates an annual pressure for lambs to be bred and killed before they have developed any real flavour (although the Spanish and French, great aficionados of milk-fed lamb, would no doubt disagree). It runs counter to conventional wisdom but autumn, not spring, is the best time to enjoy lamb. There – I’ve said it!

FIVE OF THE BEST WINE PAIRINGS FOR LAMB
Despite the meat’s dwindling popularity, it’s a great foil for a fine red…

Pauillac
A real terroir-based match. Pauillac lambs must be born and raised in the Gironde and kept with their mothers for 60 days. The kidneys are much prized too: the right kidney is apparently considered superior to the left for eating. Obviously other left bank Bordeaux would work with this too.

On the palate this Pauillac from a classic vintage is brawny, with a red-fruit punch, then softer, floral notes, with a nice, sumptuous juiciness. £42

Rioja
No meal in Rioja – or Ribera del Duero for that matter – is complete without a main course of lamb, often grilled over vine clippings. Baby lamb is hugely popular in the region too, especially with older vintages.

Fresh, sweet-fruited and layered, with a very long, complex finish. £14

Lebanese reds
The rich, sun-baked flavours of Lebanese reds, particularly a mature Musar, are perfect with a Middle Eastern-style braise or stuffed shoulder of lamb.

This superb example, from Lebanon’s oldest and most renowned producer, has the perfect balance of fruit and power. £31

Pinot Noir
Remember the pairing of lamb and redcurrant sauce? That slightly tart sweet-sour flavour – which you find in pomegranate seeds too – is exactly why lamb works so well with Pinot. The rarer the meat, the lighter the style – think basic Bourgogne rouge and young New World pinots.

Assyrtiko
White wine with lamb? Definitely, if you serve it marinated with herbs and maybe a classic Greek salad on the side. Assyrtiko acts like that judicious squeeze of lemon.

The citrus and briny tang flow and dart through the complex flavours and textures. A champion amongst champions. £21

Super-ingredient: onions – and three imaginative ways to cook with them 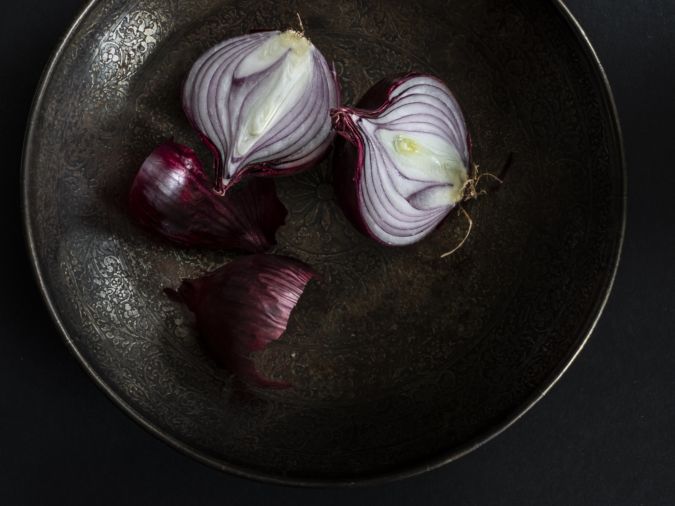 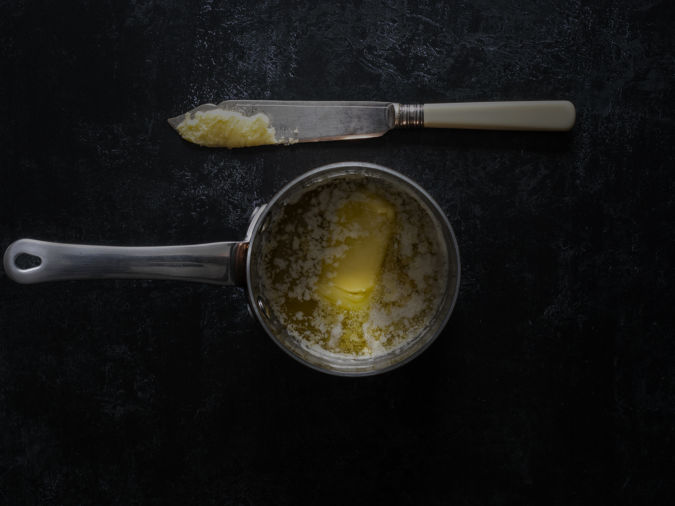