Though virtually no country has gone unscathed in the COVID-19 pandemic, Italy has been hit harder than most. Grounded here at home in Hong Kong, where the impact has been mercifully modest, it was heartbreaking for me to hear. I owe a great deal of my career to my time in Italy. It was there that I fell in love with wine, while working as a cook in Torino on a semester off from university. As a result, I found myself driven to find some way to pay homage to the country as it endured such a difficult time.

For over two years, I have been developing a project called “Visual Tasting Notes,” drawing on my artistic background (I studied painting at Yale before I became a wine communicator). The idea is to make artworks that reflect my subjective experience of a wine. My plans to create a series commemorating Italian wines were slowly crystallising when I learned that the Italian specialist auction house Gelardini & Romani intended to hold Hong Kong’s first live wine auction not just since restrictions were lifted, but since the start of 2020. It was the perfect opportunity.

We settled on the idea of creating a specially commissioned series of artworks depicting standout wines from the auction house’s chosen “Grand Crus of Italy”, zeroing in on those that would be sold with perfect provenance – lots consigned directly from the wineries. These spanned wines from the likes of Aldo Conterno, Bruno Giacosa and Biondi Santi along with Tuscan royalty Sassicaia and Masseto – essentially the brightest stars in the Italian wine firmament.

We present Sarah’s six artworks below, alongside the wines they depict, and her commentary. For more of Sarah’s art, go to www.sarahhellerart.com or follow @sarahhellermw on Instagram.

This wine – and image – marks a return to classical form, with a wispy, shimmering texture woven around an elusive framework of aromas: sometimes floral and bright-fruited, next earthy and rich, then medicinal and spicy.

Seductive, heady florals and luscious texture are underpinned by a well-proportioned frame with a deft interweaving of detail and structure.

The warm vintage is reflected in the density, concentration and depth of this wine, something I tried to reflect in the image; each flavour appears clearly delineated, building in volume and richness to a gloriously triumphant finish.

Opening with a genteel sweetness and retaining an almost architectural structure, the whole picture only gradually emerges here in the wine’s subtle, self-contained brilliance.

Baroque and extravagant on the nose, this wine harnesses an almost overwhelming richness and hedonistic wildness; hewn down to concise contours on the palate, all of its power is compressed into a refined close.

The vibrancy and richness of fruit in this wine is undergirded by an almost mechanical precision that is nonetheless warm and human, unwinding to reveal layer upon layer of unexpected depth. 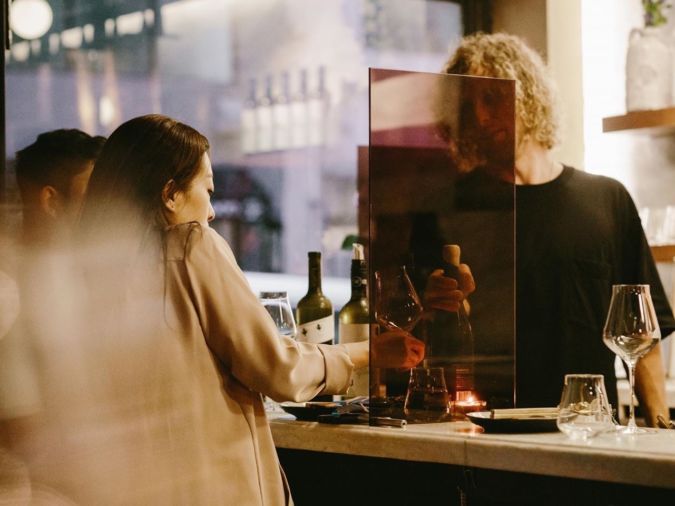