Here it is, March 8 again, but I must admit: International Women’s Day makes me wince. If we must speak of dates, how about June 9 last year, when I was rather looking forward to attending a lunch to celebrate Champagne AR Lenoble’s centenary? Anne Malassagne, fourth-generation co-owner of the house, is also co-founder of La Transmission, an association of female CEOs and winemakers in Champagne. Sadly, fear of a different form of transmission saw my lunch date cancelled.

La Transmission – nine women, some makers of niche ‘grower’ Champagnes, others, such as Maggie Henríquez, CEO of Krug, or Vitalie Taittinger, president of her family’s house, in charge of international brands – aims at mutual support against industry sexism. The world has moved on since women were banned from Burgundian wineries because their presence might ‘turn’ the wine. But not that much.

It’s a great initiative, even if I wish it weren’t necessary. So, on one hand, we have nine powerful winemakers choosing to work together for their common interests; on the other, an internationally sanctioned 24 hours that spawn a thousand press releases about ‘celebrating’ women, all reinforcing the idea that the other 364 days belong to men. Lest we forget, International Women’s Day was instituted in 1911 by Denmark, Germany, Austria and Switzerland, none of whom had at that point enfranchised women.

That said, I’m happy to discover good wines under any pretext. Recently, Jackson Family Estates, owned by Barbara Banke and her two daughters, sent me two Chardonnays – La Crema, made by Jen Walsh in Sonoma County, and Katherine’s Vineyard, from Cambria winemaker Jill DelaRiva Russell. Both were very good, and if I preferred the La Crema, with its restrained, white-peach perfume, to its more obviously oaked (but still well-balanced) cousin, that says less about the gender of the winemaker (La Crema’s head winemaker is, in any case, Craig McAllister) and more about the differing soils, exposition and winemaking. Counter-intuitively, the La Crema spent seven months in oak (17% new) while the Cambria had six months, with 15% new. Can a woman’s touch affect oakiness, too?

So much about wine is arbitrary. These two Chardonnays are made 340 miles apart; they are both Californian because of a state border drawn by history and politics, not viticulture. There are also 340 miles between Beaune and Barbaresco, but if I start comparing Fanny Sabre’s elegantly citrussy Clos des Renardes Chardonnay with the more floral Langhe version that Angelo Gaja named Gaia & Rey, for his daughter and his grandmother, the tokenism becomes apparent. I don’t like a wine because of its name, or its home address, or because of the number of X chromosomes the winemaker possesses. I like it because a well-made wine makes my blood sing.

Malassagne has a different perspective. “I think it’s good to shine a light on women who remain, too often, in the shadows,” she says. “We’ve come a long way since I joined the family business, 27 years ago, but there are still too few women in charge of production, or in management.” And, she adds, comparative earnings reflect that imbalance.

All true, but for me, the way to fix these problems is education and then legislation. I’d like to see civics classes for all children so they learn their rights and how to exercise them, plus a little about the great responsibility that comes with great power. That would be more useful than a token day whose idiotic slogan, this year, is ‘Choose to Challenge’. I thought the point was, precisely, a lack of choice and an excess of challenges.

In the meantime, I’ll continue to celebrate great women, not because they’re women but because they’re great. I’m drinking the last of the wonderful, creamy, and very atypical single vineyard Viognier that I first tasted at the bower-like Argyrides’ winery in Cyprus, which Rebecca manages with her mother Irene. I won’t soon forget Céline Meyer of Josmeyer in Alsace, whose deliciously precise Brand Grand Cru Riesling testifies to the fact that she loves wines from granite even more than I do, or the Jean-Cocteau-like drawings by her sister Isabelle on their gargantuan wooden barrels.

Louise Mack at Aphelion, Gemtree’s Melissa Brown, Vanya Cullen of Cullen, and the legendary, if remarkably friendly and approachable, Kathleen Quealy are just a few Aussie winemakers I admire. But do I admire them because they’re female? No. I understand the need for role models. But ensuring that those role models are not so worn out from busting glass ceilings that they have no time to mentor their successors will not, so to speak, be achieved in a ‘Day’.

Switzerland, incidentally, despite its early adoption of International Women’s Day, didn’t get around to letting women vote until 1971 (that’s nationally: some cantons excluded them from the local franchise until 1990). So, in line with my belief that showing solidarity, like housework, should be undertaken daily rather than saved for special occasions, I will intersperse good Swiss wines, such as those by Marie-Thérèse Chappaz, with discoveries from elsewhere that may benefit from my support. While I’m at it, I might even check out some male winemakers. I hear there are a few who make pretty decent wines. 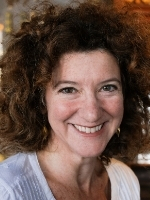 Nina Caplan is a food, wine and travel writer who contributes a monthly column to Club Oenologique