The rice wine is available in Japan, Hong Kong and Singapore, via retailers and in a clutch of top-end restaurants.

Geoffroy, who left Dom Pérignon in January 2019, fell in love with Japan when he first visited in 1991; in the intervening years he made many trips east. He was introduced to sake by Shinya Tasaki, a former Best Sommelier in the World, and he was struck by its similarities to Champagne.

“The sheer ease and drinkability: there are not so many beverages on earth you can drink so easily,” he told Jim Clarke for a forthcoming feature in Club Oenologique magazine. “To me, sake, Champagne and Fino sherry share certain elements. As far as food is concerned, what goes with one tends to go with the other two, and with their salinity, the last sip always calls for the next one.”

Keen to get involved in production but fully aware that “one doesn’t become a master brewer at 65,” Geoffroy began seriously looking for a partner in a sake brewery about two years ago. He was eventually introduced to Ryuichiro Masuda, the owner of Masuizumi, a highly-regarded brewery in Toyama. A wine lover and collector, Masuda had successfully experimented with barrel ageing and other methods from the wine world. Geoffroy had found a kindred spirit. “He was quite easy to convince,” the Champenois says.

Masuda and Geoffroy started putting a team together, experimenting and developing their ideas, and raising capital. By August of 2019, fundraising was complete.

The resultant IWA5 sake comes from Shiraiwa in the town of Tateyama, in the prefecture of Toyama, “on a line between mountain foothills and arable flat land, with access to pure local water straight from the rooftop of Japan, amidst some of the heaviest snowfall in the world,” the company says. The wine is made from three rice types – Yamada Nishiki, Omachi and Gohyakumangok – and five strains of yeast. The individual sakes that make up the blend were brewed at Masuda’s brewery, Masuda Shuzo in Toyama, in the winter of 2018-2019, the assemblage and bottling taking place in July 2019.

A dedicated brewery, which will be completed in early 2021 in Tateyama, has been designed by Kengo Kuma, the architect of the Tokyo Olympic stadium, and the man who first introduced Geoffroy to Masuda.

No expense has been spared on the aesthetics of the IWA5 brand; they are, as one would expect from Geoffroy, high-concept. The celebrated Australian designer Marc Newson, along with the renowned Japanese designer Hideki Nakajima, and calligrapher Mariko Kinoshita, are responsible for the bottle. As the blurb has it, “It’s an object made for pleasure, defined in relation with hand and skin, brimming with a warm humanity.”

The dramatic photography on the website is by Nao Tsuda (“Photography is one of the ways in which IWA makes sense of the world”, the company says, with a dash of the gnomic wisdom for which Geoffroy was renowned at DP).

Few critics have yet tasted the wine but the respected Tasting Japan website awarded it five stars as “a high-end sake of exceptional quality”.

“What attracted me is the level of complexity,” Geoffroy says. “I thought Champagne was complex, but there are way more options in sake. So intellectually it was very stimulating.”

Masuda and Geoffroy – who takes an active part in the blending process – have also incorporated an older style of brewing, kimoto, which calls for mashing the rice and allowing lactic bacteria to develop the needed acids rather than simply adding them to the vat. “The result is terrific,” claims Geoffroy. “Tasting blind I can see the difference; there is so much more depth to traditional kimoto.”

IWA5 retails for around JPY1300 ($150) and is on the list at restaurants including Narisaw, Kikunoi, Beige and Sushi M in Tokyo, Kitcho in Kyoto, Birdie and Yamagishi in Hong Kong and Esora, D.Bespoke and Odette in Singapore. A London launch is planned for November, followed by Paris and possibly Italy. 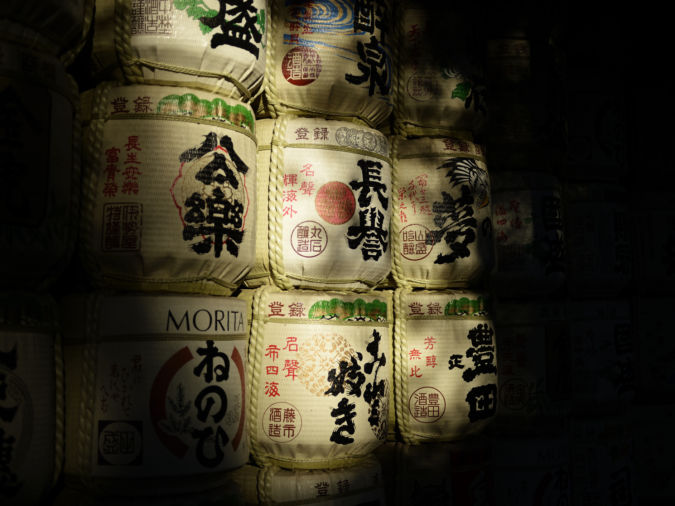