Back in early February, before the coronavirus pandemic had shuttered restaurants, bars and cafes everywhere, I met two Oregon winemakers for a lively lunch at Gabriel Rucker’s bustling Canard in Portland, Oregon.

“This is our waving-of-the-flag wine,” said winemaker Josh Bergström as he poured me a splash of his 2016 Sigrid, a restrained, acid-forward Chardonnay which sells for around $110 a bottle. Bergström, who has been making Chardonnay for 22 years, was joined by his wife Caroline and friend and colleague Ken Pahlow, winemaker at Walter Scott Wines in Oregon’s Eola-Amity Hills (pictured above).

Oregon is renowned for its Pinot Noir. Burgundian winemakers have been snapping up vineyards here since 1987, when Domaine Drouhin — the first Burgundy house to make wine outside of France — bought land in the Dundee Hills.

But lately, the buzz has been all about Chardonnay. The Oregon Chardonnay Celebration began in 2012 with 50 attendees. This February, 56 Oregon winemakers poured for over 500 attendees. While New World Chardonnays have a reputation (often unjustified) for being over-oaked and unctuous, the best of Oregon’s have a natural acidity, lower alcohol and an enormous textural expression.

The Willamette Valley, cooled by Pacific breezes coming through the Coastal Range, has a similar cool climate to Burgundy. Summer days are long, with ample sunshine, and nights are cool. Oregon Chardonnays can have the same brightness and minerality as the best white Burgundies and in order to achieve this, Bergström and Pahlow have to pick grapes early. Earlier, in some cases, than others would like.

“For us, a lot of times, we’re picking Chardonnay at the same time a lot of the sparkling guys are picking for their wines,” Bergström says. Winemakers can have heated arguments with growers. Bergström recalls one conversation in which a grower told him it would be “irresponsible” to pick when he wanted to. Finally they agreed: the grower would pick the fruit but Bergström would have to truck it out himself. This conversation — and others like it — pushed Bergström to move to the estate model.

Pahlow, who learned the perks of picking early while working harvest with Dominique Lafon (both in Burgundy and in the Willamette Valley), sources all of his own fruit. Luckily, most of his growers agree with his harvest dates for Chardonnay. He’s also sourcing from vineyards that practice sélection massale, a viticultural technique that replaces dying vines by grafting cuttings from old vines, thereby creating more clonal diversity (and hence uneven ripening) in the vineyard. “When you walk through the vineyard you think, ‘That’s not really ripe. That’s close.’ But when you pull it all together—Oh my god!” says Pahlow. “Like a symphony, you have all these different things contributing to the final voice.”

Bergström and Pahlow namecheck roughly a dozen Oregon winemakers who fall into the “natural acidity camp”. In this coterie are such renowned producers as Bethel Heights, Brick House (founded by former CBS foreign correspondent Doug Tunnell), Crowley, Goodfellow, Lingua Franca (where Lafon is consulting winemaker) and Evening Land. Others, like the Drouhins, Brian O’Donnell at Belle Pente, and Brian Marcy at Big Table Farm, pick a little later, and so have some of that riper quality, though they still lead with natural acidity. “The styles diverge, but what [these Chardonnays] all have, regardless of when the winemakers picked, is this tension. This notion of tension and brightness that is indisputably Willamette Valley,” Bergström says.

Oregon’s success with Chardonnay can be traced back to the late 1980s, when pioneering winemaker David Adelsheim — who had studied at the Lycée Viticole in Burgundy — and a few forward-thinking colleagues travelled to Burgundy and asked the ministry of agriculture for Dijon clones. Amazingly, the French said yes. “We didn’t make a hearty Burgundy and we didn’t make a Chablis, so we posed no competition to France,” Bergström says. That’s when the Chardonnay scene in Oregon picked up steam.

All of a sudden, you could ripen Chardonnay alongside Pinot Noir and you were getting these classic aromas and flavors, Bergström says. Winemakers interested in classic expressions of Chardonnay started planting the Dijon clone and forming small groups to talk about techniques in the cellar and growing practices. These conversations have been going on for 30 years.

Today, with the realisation that Oregon Chardonnay can be as excellent and ageworthy as its Pinot Noir, Pinot Gris is being ripped out and replaced. “There is an unprecedented commitment to Chardonnay in this valley,” Pahlow says. “You’ve never seen more vineyards planting Chardonnay and placing it in the best spots, which in the past would have been reserved for Pinot Noir.”

This thrills both winemakers, who see themselves as Chardonnay champions—at least for their style of Chardonnay. “For the first time, [we’re seeing that] white wine in Oregon can be a world class wine, and can sell for the same price as Pinot Noir,” Bergström says.

Since the pandemic hit Oregon in mid-March, both wineries have had to pivot to online sales only, cancelling all tasting room visits and launch parties. “We are hanging in there, thanks to the fact that our wine warehouses and UPS and FedEX are considered essential businesses, and most Americans have been stuck at home for the past two months and are cooking more and drinking wine,” wrote Bergstrom via e-mail. That said, he’s had to get “much, much leaner” as a business. Pahlow, whose business was already fairly lean (he employs just three people), says everyone on his crew has had to take pay cuts. That said, direct-to-consumer sales have been solid. “We’ve been blown away by the support. We feel very lucky,” he says. 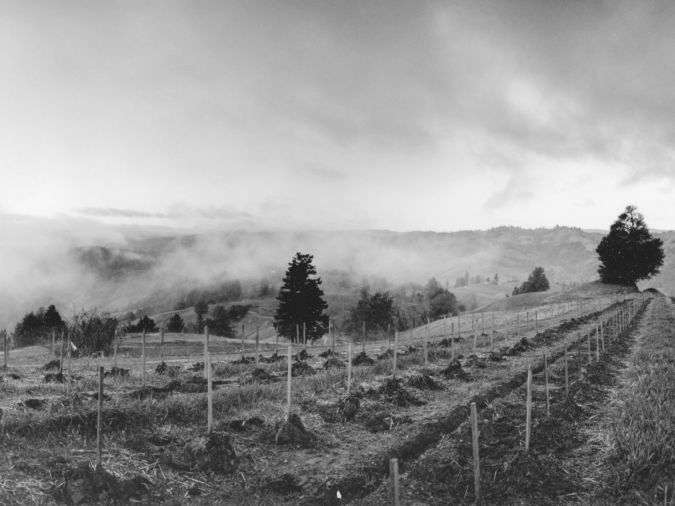 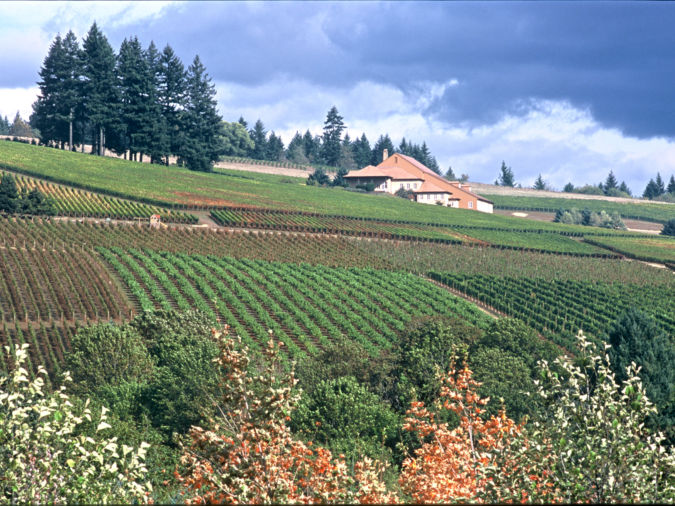