More than a hundred feet below the streets of Reims, extending across two levels, lies a cathedral-like complex of chalk cellars. Ruinart’s crayères are both a Unesco World Heritage Site and a place of pilgrimage for those wanting to pay homage to the birthplace of Champagne.

Founded in 1729 by Nicolas Ruinart, Ruinart was the first house established purely to produce the sparkling wine then known as le vin du diable (‘the devil’s wine’). Over the centuries, it has forged its reputation on the preeminence of Chardonnay, with its prestige cuvée, Dom Ruinart, considered one of the finest expressions of blanc de blancs.

Ruinart first produced such a wine in 1947, with cellar master Bertrand Mure crafting the inaugural Dom Ruinart in 1959. On its release in 1966, every single bottle was exported to the United States; today, the house retains just one solitary example of the vintage, which it had to buy back from a canny collector.

Made overwhelmingly from grand cru fruit, with 90% from the Côte des Blancs – Avize, Chouilly, Cramant and Le Mesnilsur-Oger – and the remainder from Sillery in the Montagne de Reims, Ruinart’s prestige cuvée is renowned for its ability to age. It is, then, fair to say that the decision to enact a fundamental change to the process by which the wine slowly matures on its lees in those famous crayères was not made in haste. Rather, it is the culmination of a process that began towards the end of the last millennium.

The newly released Dom Ruinart 2010 represents both a revolution and an evolution, a turning point that also sees the turning back of the clock. For the vintage marks the first time in more than 50 years that it has been aged entirely under a cork stopper rather than the metal crown cap (similar to that THOMAS DUVAL found on a bottle of beer) that is widely used across Champagne.

The latter has long been assumed to be the perfect closure for ageing Champagne prior to release. But almost a quarter of a century ago, in 1998, Ruinart initiated an experiment, with a select number of bottles sealed under cork and the remainder under crown cap, so that comparisons could be drawn.

It took me a while to understand why the cork had such an impact on the ageing process. Then I needed to convince the entire team – Frédéric Panaïotis

Although the trial began under his predecessor Jean-François Barot, cellar master Frédéric Panaïotis, who joined the house in 2007, continued the project and was the ultimate architect of the decision to return exclusively to ageing under cork prior to the wine’s disgorgement. ‘It was an intuition that has been validated over the years during our tastings,’ Panaïotis tells me in the tasting room above the cellars, as he shares a series of charts showing data gathered during the trial. ‘I was absolutely blown away by the differences revealed by the experiment, but it took me a while to understand why the cork had such an impact on the ageing process. Then I needed to convince the entire team, because making a significant change of this nature obviously required investment.

‘In 2009 [the previous Dom Ruinart Blanc de Blancs release], we were simply not ready to make the change. But when it came to 2010, we felt we had done enough work to be convinced that it was the right decision. So the entire vintage went under cork – and now we can enjoy the result.’

During the ageing process, there will always be a degree of exchange between the gases inside a closed bottle and the humid air in the cellar, something that must be carefully controlled. But the switch to cork is – to put it mildly – counterintuitive. It might naturally be assumed that a cork would actually allow more oxygen into the bottle than a crown cap, thus hastening its journey to maturity. But it’s not quite so straightforward. ‘The closure is not really a closure at all,’ says Panaïotis. ‘It is well documented, but cork acts rather like a rigid sponge, with 85% air and the remainder solid. Initially, there is an increase in the intake of oxygen, but it flattens out, meaning the oxygen is pretty stable. Then, after six or seven years, the cork actually becomes more resistant to oxygen compared to the crown cap.’

Tasting the 2009 and 2010 releases side by side, there is undoubtedly an impact on the freshness in the later vintage, beyond what you might expect to find with vintage variation. But the change goes much further, amplifying the complexity and depth of the wine. On the nose, zesty notes of citrus reinforce a teasing sense of youthful vigour in the 2010, while baking spices, raw almond and toasted hazelnuts add a more seductive lustre. The palate feels slightly more taut – brooding with a richness and roundness that is delicately revealed, like layers of the finest filo pastry, reinforcing the elevated, epicurean superiority of the younger cuvée.

Panaïotis says that ageing under cork ‘creates some big differences. There is a spicy influence, something Burgundian, perhaps even a suggestion of oak.’ It’s an interesting effect, especially since Panaïotis has never advocated the use of oak maturation (though he does have a fondness for fine Burgundy). ‘We like to capture the fruit,’ he adds. ‘All of our wines go through malolactic fermentation, but we’re not seeking those flavours – we want aromatic freshness, roundness and texture on the palate without playing with dosage, and the cork extends the period of reduction (resulting in toasty, biscuity flavours) for the wine.’

It is, as Panaïotis says, ‘a major oenological departure’ for the house at a time when Champagne as a whole is facing up to several challenges, not all of them easy to control. Chief among them, of course, is climate change. ‘We are no longer in a cool climate here,’ he adds. ‘We are in a moderate climate.’ Out comes another chart, this one featuring data from the Huglin Index, which uses seasonal averages to confirm the rise in temperatures. ‘When harvests are early, sugars develop faster, but phenolic maturity less so,’ says Panaïotis to illustrate the challenges.

Fifty years ago, October harvests were the norm in Champagne. In 2010, the fruit was picked from the middle of September. But at the time of my visit this summer, the region was preparing for another August harvest, the fourth in six years. Meanwhile, over the same period, dosage levels have decreased – this latest Dom Ruinart has 4g of sugar per litre – a sure sign of riper fruit, as well as changing tastes.

The time for action is now; we cannot afford to wait,’ says Panaïotis of the climate crisis, before highlighting the sustainability dividend delivered by the move away from crown caps. Cork for the replacement stoppers comes from sustainably managed forests in Portugal, the cork oak regenerating its bark every nine years after the first harvest.

The 2010 Dom Ruinart also represents another milestone, with the prestige cuvée launched, for the first time, in sustainable packaging, rather than an elaborate gift box. Gone is the hefty, fabric-lined cardboard coffin, to be replaced by a ‘second skin’, 60% lighter, constructed from recyclable plant fibre and designed to mirror the contours of the historic crayères.

Touring those ancient cellars, there is a sense of time standing still, but as the visitor emerges, blinking into the light, a plinth housing the new Dom Ruinart 2010 serves as a timely reminder of the constant need to look forwards, as well as back.

Champagne: the significance of disgorgement 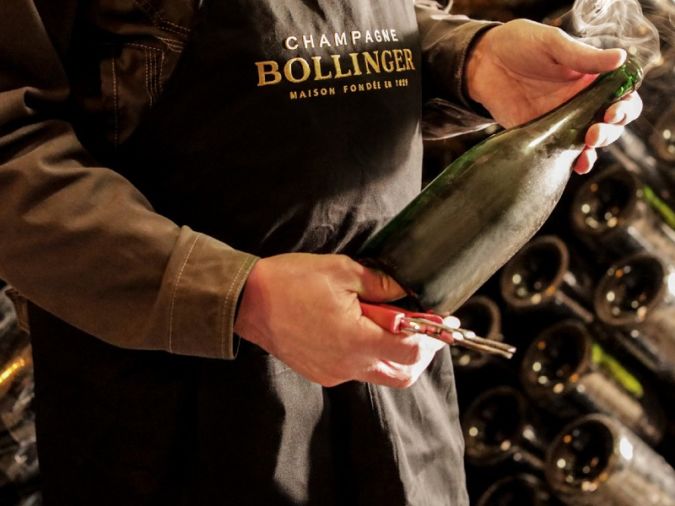 The movers and shakers among Champagne’s grandes marques 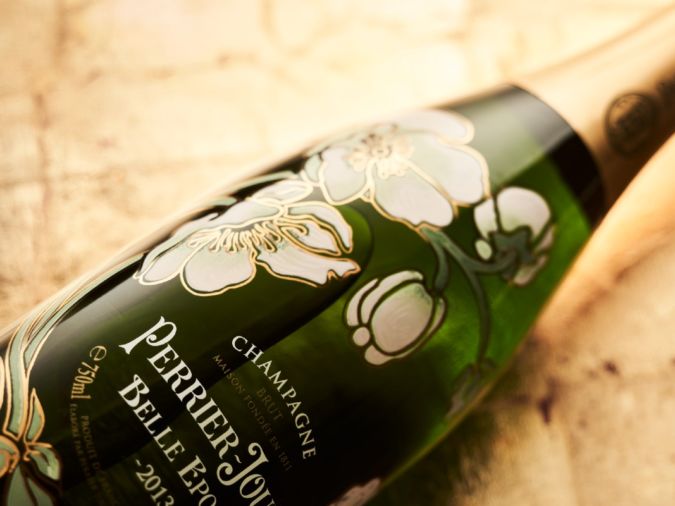 ‘What are lees in wine?’ 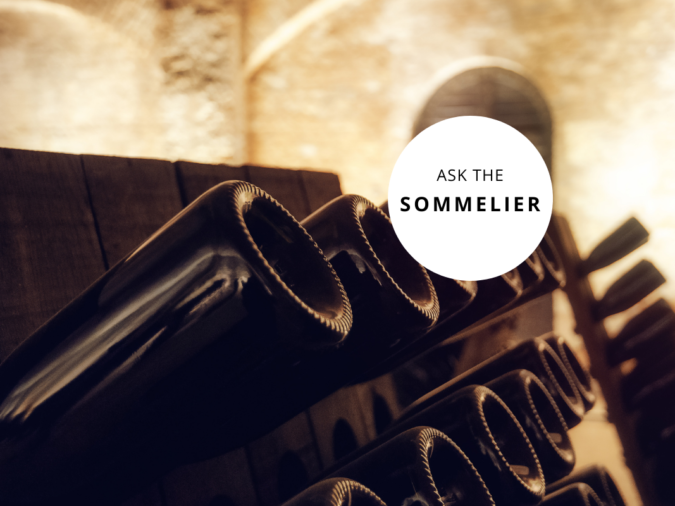 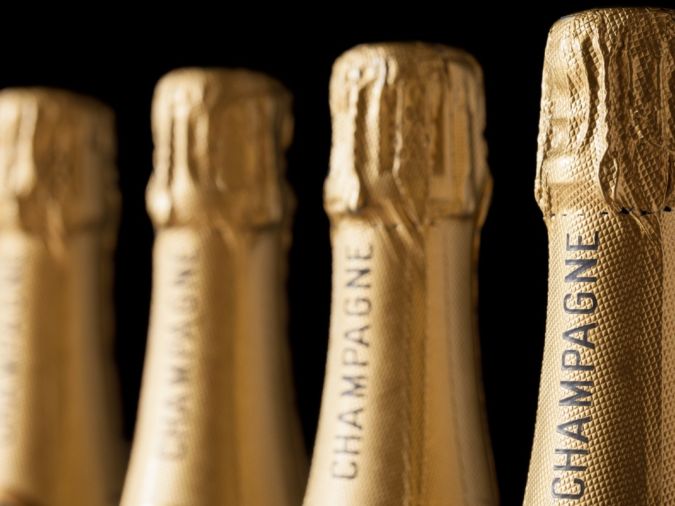