‘We sometimes have to wait for the acid to drop,’ Justin Smith says. Sitting in the dark shade of Smith’s Saxum winery while the vines outside broil in the midday sun, it’s hard to believe they have a problem with acidity.

But this is just one of the pleasing anomalies of Paso Robles, that semi-populated, wheat-coloured chunk of California that you pass through on Route 101 on your way north to San Francisco or south to Los Angeles. There never really was any reason to stop. ‘It was all horses and cowboys when we arrived,’ Chloe Asseo tells me. Her father Stephan had come to California from Bordeaux in the late 1990s and had founded his winery L’Aventure in Paso Robles. He was seduced (in part) by its proximity to the Pacific, ‘that huge air-conditioner and the coolness it brings.’ He might have gone straight onto Santa Barbara – there were only 25 wineries in Paso at the time – but there was something about the land that sang to him. ‘It’s like Lebanon with the Mediterranean-style climate, and it also reminds me of Tuscany, but the diurnal shift is like some of the high vineyards in South America,’ he told me.

Ask anybody about Paso and they mention that famous temperature swing between night and day. It’s the holy grail of winemakers all over the world, and here it’s exemplary. In Adelaida District, the westernmost sub-region of the AVA, Daniel and Georges Daou’s 80 hectares lie 14 miles (23km) from the Pacific, and nearly 2,300ft (700m) in altitude, in the Santa Lucia Mountain range. Growing season temperatures average 30C (81F) by day, with the nights dropping to an average of 6C (44F). ‘People who come to Paso and say it’s incredibly hot haven’t been here,’ Daniel Daou says.

Western Paso Robles – the appellation is more-or-less bisected by Route 101 – is affected by the Templeton Gap, a topographical feature that channels cooling Pacific wind and fogs through the mountains. Locals say the cool breezes start at 3pm ‘like clockwork’. The sub-regions of Willow Creek and Templeton Gap, York Mountain and parts of Adelaida District, benefit from healthy rainfall: York Mountain, the closest to the mountains, gets an average of 40 inches (100cm) a year, compared to 12 inches in the town of Paso to the east.

So you can see how it’s the acidity Smith has to keep tab on as he harvests. ‘We start picking at 3am and try and be done before the sun comes out. We often see the sugars come up quick then level off, then we just have to hold off and watch the acids and wait for them to hopefully drop a bit.’

Driving to Daou (it’s on Daou Mountain: the brothers are not lacking in confidence), I’m struck by the homeliness of the region. I’m on winding, undulating roads, now wooded, now opening suddenly to bare golden fields; there are smallholdings with tin sheds and split-rail fences; there are horses, and pigs and chickens; there are walnut groves, great spiked agaves and sudden pink bursts of bougainvillea. It’s all rather arcadian, like Shropshire might be if it were a few degrees warmer.

It’s fiercely hot, but in the shade on Daou’s terrace, which attracts a well-heeled lunchtime crowd, the famous breeze wafts through. Daou is an evangelist for Cabernets Sauvignon and Franc – he’s on sure ground: in the 1970s Andre Tchelistcheff had identified this part of Paso as ideal Cabernet terroir – and with his £250 Patrimony he’s aiming at serious collectors. His neighbours are equally confident: L’Aventure (which is part-owned by the Bordeaux negociant CVBG) is the second Paso Robles wine to be listed on the Bordeaux Place. (Daou’s Soul of a Lion is the first).

Another mark of confidence is controlled experimentation. At Saxum, Smith has been refining his methods for two decades, paying particular attention to how the wines are raised. In an email he lists the variety of vessels he’s working with: 300 litre hogsheads, 600 litre demi-muids; 225 litre Bordeaux or Burgundy barrels. ‘We like to also use concrete amphora and sprinkle them into most of our blends, and in some wines (with manageable tannin levels) we use 3000-litre foudres.’

Matt Thompson of importers Four Corners Wine considers Paso one of California’s most exciting appellations, for the potential of the terroir, and for its pioneering wine community. ‘It’s the wild west in the best sense.’ He references L’Aventure and Daou championing the Cabernets; Tablas Creek kicking off the great Rhône revolution in the early 90s, followed by Justin Smith who persuaded his father – James Berry himself – to plant Rhône varieties twenty years ago. Other importers are taking notice. London’s Flint Wines’ US sales manager Rachel Dixon notes it is gaining ‘recognition and traction.’

There are also some big names setting up shop. J Lohr Estates from Napa are in El Pomar district; Larry and Helen Turley are in Willow Creek; Philippe Melka (the Michel Rolland de nos jours) has some consultancies. The late, renowned Rhône consultant Philippe Cambie was a mentor to Justin Smith. Serious winemakers from across California source fruit from vineyards such as G2, Paderewski and James Berry that are considered equals to legendary terroirs like To Kalon or Bien Nacido. It’s only a matter of time until Francois Pinault of Artemis or Bernard Arnault of LVMH take notice.

Thompson also makes the important point that Paso Robles has history. Templeton Gap has some of the oldest vineyards in California, to take just one instance. ‘Is this a new and upcoming region? No, these guys have been grafting for years. They’re still experimenting but they are using old tech in new ways. They understand the importance of custom at the same time as realising that wine is all about innovation.’

Paso Robles has sun-baked California hills that remind you of an English county, broiling days and chilly nights

Sun-baked California hills that remind you of an English county, broiling days and chilly nights. Winemakers love contrast so it’s no wonder they’re drawn to this extraordinary stretch of the Pacific Coast. It enables them to make wines that are rich and opulent with aromatic fruit and powerful tannins – and at the same time are restrained, perfumed, with wonderful purity and electric energy.

On his website, Justin Smith describes the James Berry 2019, Grenache-Mourvedre-Syrah with Graciano and a drop of Counoise, as ‘Lifted, fresh aromatics of sage and spice…lots of rich California fruit, deep textures, smooth tannins and lively acids.’ Back in the limestone-cool of his cavernous winery, he contemplates it in his glass. ‘This,’ he says, ‘is where we want to be.’

From 100-year-old bush-trained and dry-grown vines cooled by the winds off Templeton Gap. Very high alcohol but beautifully balanced. Dark berry, leather and pot pourri with piercing acidity; dense and sweet, a delicate old style with the spice, fruit and precision that marks out the finest Paso wines.

Seven miles from the ocean and 500m high, York Mounntain is reckoned to be ‘colder than Burgundy’. This Grenache has a lovely juicy chocalatey nose with a blast of cherry fruit on the palate and fine acidity. This is a powerful, high-alcohol wine and there’s a bit of heat on the mid-palate but that soon passes to an excellent dry finish with a wash of juice.

Syrah, Grenache, Cinsaut and Roussanne: a southern Rhone blend delivering a perfumed nose and a palate laden with dark cherries, spice and white pepper, set off by dry tannins sweetened with juice. Powerful and delicate

A Southern Rhone blend of 58% Grenache with Mataro, Syrah, Graciano and Counoise. It’s been bottled the year when I taste it, in July 2022. The nose is intensely savoury (Justin Smith describes it as ‘iodine and slaughterhouse blood’) and there’s a mouthfilling broadness to the palate with bright sweet tannins and spirited acidity which carry the black, peppery fruit on an exhilarating ride. Beautifully balanced, complex and seductive.

A blend of Syrah, Cabernet Sauvignon and Petit Verdot. So expressive and so totally different to its 2017 sibling. Juicy, fresh, savoury tar and pot pourri with a welcome hint of bitterness, the mid palate altogether charming with its perfumed spice but restrained as becomes such a young wine. A triumph from a winemaker at the peak of his powers

A warm and vibrant blend of Grenache, Syrah and Graciano. The nose is reduced sweet river mud with topnotes of rosemary and sage; on the palate there’s lots more spice and earthy dark fruit carried by fine grippy tannin and good acidity. Overall a very fine winter wine.

Roussanne, Grenache Blanc, Picpoul Blanc. A fine restrained nose with some grapefruit moves to a fresh palate with very soft acidity and with top notes of peach and citrus, and beautifully contrasting salinity. Very fine indeed. 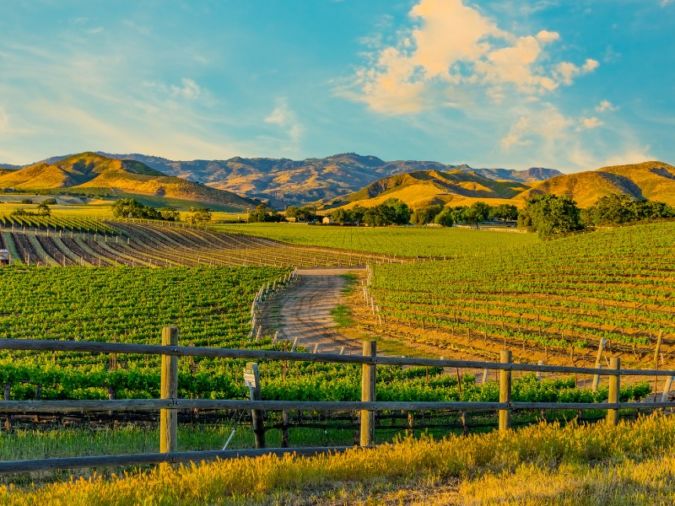 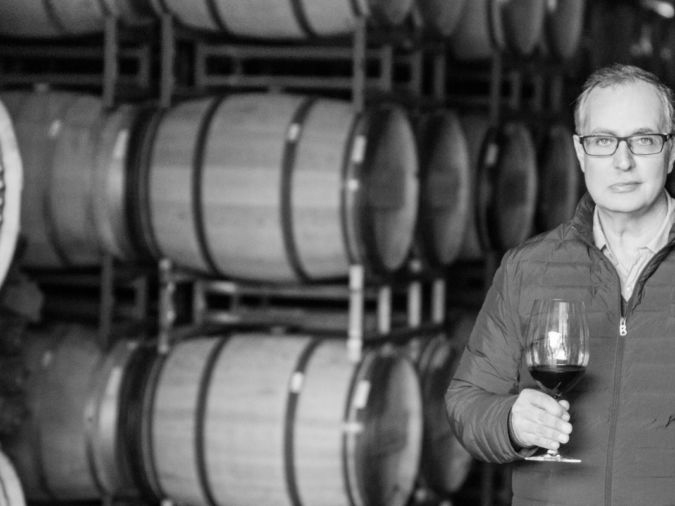 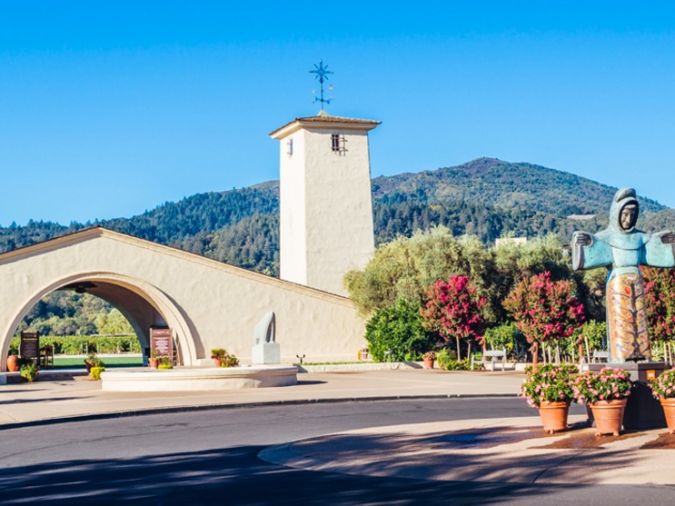