When I arrived in the Côte d’Or in June 2015 to taste the 2014s from barrel, producers were curiously reticent about their whites. To me, having tasted hundreds of wines across many domaines, the quality was more immediately apparent. I found nothing I would fault that summer, and much to admire. It’s true, however, that the wines were discreet, even slightly reserved – neat, well balanced and precise, but without any extraordinary standout feature. Like a well-cut dress, they were deceptively simple, a few deft lines yielding something undeniably stylish.

On returning in October to taste the reds, the mood had lifted to enthusiastic, and by the time the wines and their makers hit the London en primeur tastings in January 2016, they were rightly exuberant. But with six to seven years in bottle – time enough to move beyond the simplicity of youth and show what they’re made of – have the 2014 white Burgundies fulfilled their promise?

To find out, I collated 27 bottles that were sent directly from the producers’ cellars, often generously taken from their personal reserves. My retrospective tastings are designed to encourage readers to mature their Burgundy, and the producers are keen to support this mission, given that too much white Burgundy is quaffed within a year or so of release. Some vintages unquestionably require ageing to integrate – the richer vintages to slim down, the leaner to mellow – but 2014 stands apart, for it has just enough of everything and nothing in excess.

I anticipated the top premiers crus would require another year or two in bottle, just to open up, but most were in a good place to start drinking. They are ageing gracefully, with most hovering on the cusp of maturity. The emphasis is on fruit and flowers, with some maturity and generally a little more development on the nose than the palate.

Based on this tasting, I am not convinced 2014 will make old bones

Among the flight, only Bâtard- and Chevalier-Montrachet demanded further ageing, though several others would undoubtedly benefit from another year or two before broaching. At the other extreme, some lighter premiers crus from ‘lesser’ villages in the Côte d’Or need drinking up.

The 2014s were born of an uneventful season. The freshness comes from the modest summer, which was relatively cool and sometimes rainy. This was chased up by a warm and dry September that provided just a kiss of concentration. The acidity is not cool, like 2013, 2007 and 2004, but ‘warm’ and silky. Only where the terroir has a mineral coldness do the wines show a more shivery face.

The harvest was early for those times. The fruit was healthy, and people picked at optimal ripeness with no pressure, starting from mid-September. It was noticeable in the tasting how many wines were 13–13.5% abv. Many will have tweaked to achieve that extra 0.5%, but it’s seamless. The style is well balanced.

From the start, the style was also consistent – unusual in Burgundy. There were no extremes, none of the usual diversity from early versus late picking – but there is also an uncharacteristic harmony across the villages. The severe hailstorm that cut a swathe from Beaune, across the Meursault premiers crus, to Monthelie and Auxey-Duresses, was sufficiently early not to affect quality, but it left precious few grapes in its wake.

In common with other slimmer-textured vintages such as 2004, 2007, 2013 and 2011, there was always translucency to the terroir. And with some bottle age, as the 2014s cautiously move into more secondary characters of toasted nuts, brioche and hay, they retain a clear reflection of the terroir, in both the broad brushstrokes – Meursault has typically generous, spicy and flowery characters – and the more detailed.

In this tasting, there were corked wines from two producers and three or four oxidising wines. Bravo to those who took no chances and used Diam closures, among them Bouchard, which began experimenting as early as 2003. Bouchard’s wines were super-fresh, providing plenty of confidence for ageing them. So, too, were Olivier Leflaive’s, where Diam is combined with good levels of natural CO2 at bottling, while Jacques Carillon’s generous addition of SO2 at bottling moves from well protected to high security. However, there were some disappointments from top-end premier cru wines that faded too quickly.

From the start, the style was also consistent – unusual in Burgundy

Based on this tasting, I am not convinced 2014 will make old bones. I would drink the top premiers crus and Cortons over the next six to eight years, and Bâtard and Chevalier from 2024 to 2034. While the 2014s have the balance and pH for decent ageing, their fine-boned structure makes them slightly more fragile. There are denser, more robust vintages – 2015 among them – that seem better equipped to stand an extended test of time than this more refined and, in many respects, most remarkable vintage.

Toasty, nutty, taut aroma. A whiff of gunflint. It attacks the palate. Firm intensity and well knit. Tight in the middle, crisply edged and flinty on the finish. Top-notch village… Read More

Compact and layered. Shaly and dense. Austere and cold. Lucid, with an almost shimmering blue luminosity. Clean, cold stone edges. I love the lively frisson of white minerality on the… Read More

Citrus fruitiness, with a light brioche aroma. With such vitality, it springs on to the palate and shivers with lemon-zest freshness. The cool minerals and culinary herbals are inviting. I… Read More

Reserved, clean cut and poised. There is focus and intensity on this linear and powerful palate, showing that extra level of intensity and persistence as it stretches out. The stony… Read More

Green-gold colour shows the magnum influence at work. Aromas of warm hay and dried mango on the bouquet are highlighted with white floral notes. It slips elegantly into a streamlined,… Read More

The clean, brisk aroma developed honeyed richness as it opened up over time. Focused, straight but quite broad. Darker gravelly and umami characters underpin this wine. Definitely some grunt. Grippy… Read More

Reductive aroma with a hint of mint (maybe the Diam closure), but fine with me. Notes of newly mown hay on the palate, but it’s reserved, certainly buttoned down. Cool… Read More

Battened down on the nose. Athletic tension to the strike. Dense and powerful, but super-contained. Clinical cut of salty freshness beneath the fruit. I like the sappy and phenolic notes. Read More

Spicy fresh ginger, almond and a higher iodine note. Pink, fresh and flowery. Dances delicately on tiptoes. Bright and lively. I like the lucid line. Shimmers with salty precision on… Read More

Reserved aroma. The palate shows density, fresh vitality and lithe muscle. There is both vigour and restraint. It is compact and has wet-stone minerality. Savoury and firm on the finish,… Read More

Floral and flowing. It ripples silkily across the palate with a fresh citrus edge. Delicate macaron crispness, with the fruit expressed as softer almond sweetness within. An appealing hint of… Read More

Spicy and toasty bouquet, with a hint of anise. Punchy and intense on the attack. It has a rich seam of warm acidity to balance the opulent citrus fruit. Still… Read More

Fresh and creamy aroma, with toasted hazelnut and a hint of white miso. The palate is focused and tight and snaps on the attack. Quite reserved at first, with a… Read More

There’s a light hint of white miso on the aroma here, combined with floral notes. Gorgeous silky texture, with a limpid quality. It unfurls gently across the palate, gathering intensity. Read More

Delightfully floral – lilac and peony – with a hint of development in the brioche notes. Glides across the palate. Ample and quite rich, but with airiness and a ribbon… Read More

The first bottle was fairly oxidised, but the second – although deep golden in colour and fully mature – was perfectly fresh. Rich caramel aroma, with brown miso and toasty notes lifted… Read More

Delicate yet expressive bouquet of lime flowers, with autumnal woodland and woodsmoke. This slides keenly on to the palate. Crisp and tightly edged. It’s whispery light, lean and linear, with… Read More

The most collectable white Burgundy 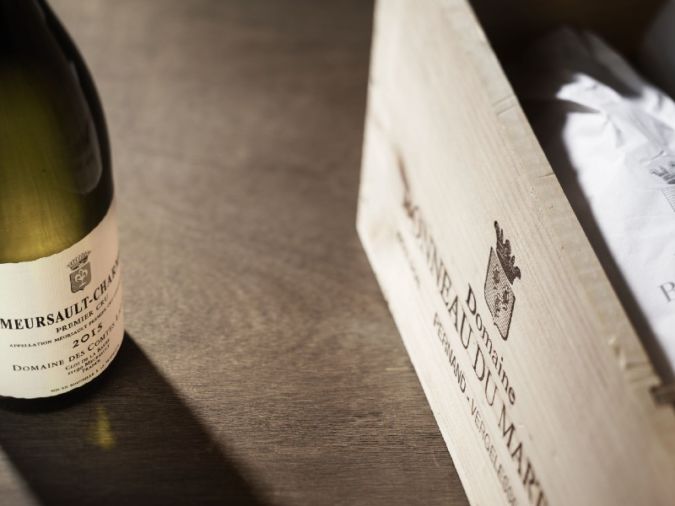 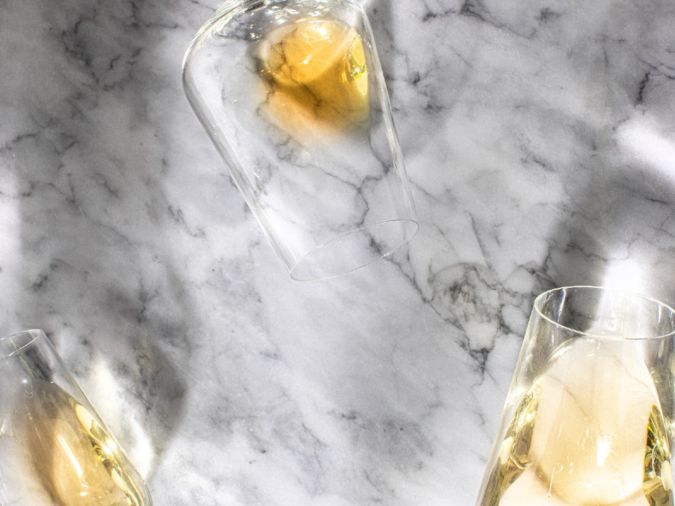 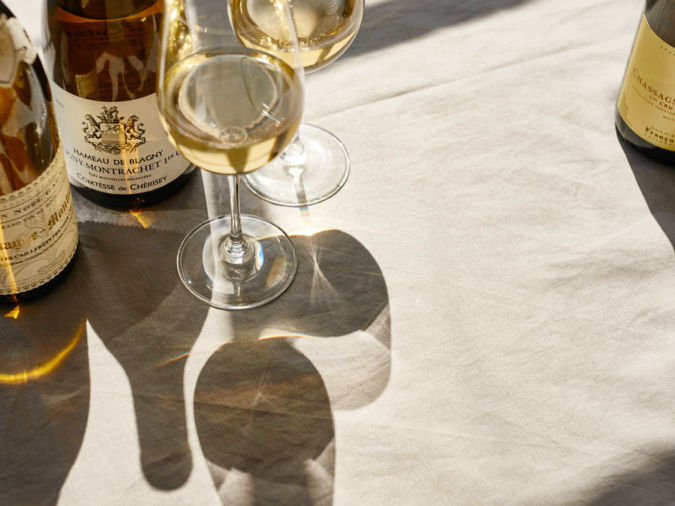 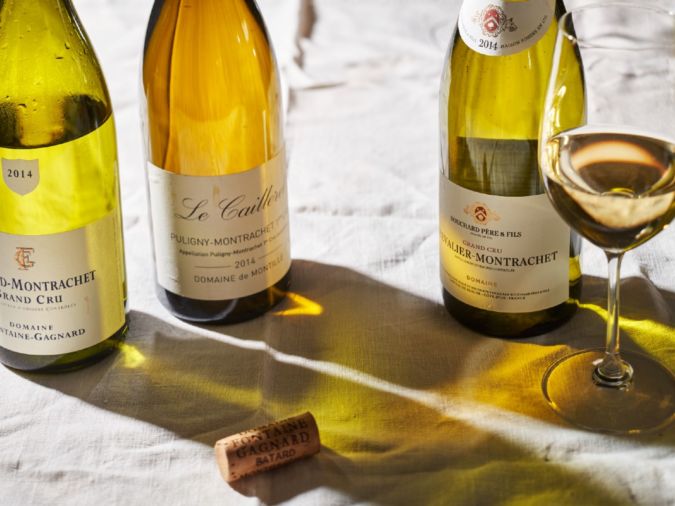