When the jazz composer Spike Hughes appeared on BBC Radio’s Desert Island Discs in 1952, his luxury item was “a barrel of wine”. The programme was a decade old and this was the first time a guest had asked for wine. It was to be the first of many.

For the unintiated, the idea of the show is simple. A “person of note” chooses their eight favourite records (always referred to as “discs”) as well as a book (you automatically get given The Bible and The Complete Works of Shakespeare) and a luxury item. Over the last seven decades, the latter have provided insights into the evolution of tastes in wine – and our own expectations.

In the early days the requests were modest, no doubt reflecting the austere atmosphere of a Britain still under rationing (the actress Margaret Lockwood CBE asked for “crossword puzzles” as the first ever luxury item in 1951). For some, the wartime spirit never went away. In the year 2000, the RAF pilot Tony Iveson – one of “The Few” at The Battle of Britain – asked for “two established vines and a tin bath to make wine”. Like many of his generation, he never lost his make-do-and-mend spirit – or his modesty. Contrast this with Dame Esther Rantzen, actress Jane Asher and the theatre director Marianne Elliott OBE who all wanted baths “with extra taps for Champagne”. Or the author Sue Townsend, who wanted a swimming pool of the stuff.

Mostly the requests capture the spirit of the times. In the 1970s, Britain tried its hand at self-sufficiency. The writer Laurie Lee MBE wanted “materials for making wine and beer”, as did the journalist Christopher Serpell and Arnold Ridley OBE (an accomplished playwright but best known to listeners as Private Godfrey in Dad’s Army). The concert pianist Dame Moura Lympany wanted “wine from my own vineyard” but didn’t express any interest in making the stuff. Unlike the gardener Geoffrey Smith a few years later, who asked for “a history of viticulture, with instructions on how to make wine” as well as “a bundle of prunings from a good vineyard” so he could plant his own.

Fizz is the most popular style of wine in every decade. Early on, people just asked for “Champagne”. But from the late 1970s the requests come in for particular brands. The actor Christopher Plummer (best known as Captain Von Trapp in The Sound of Music) started the trend with a request for a Jeroboam of Taittinger. The brands become more flash as the years pass.  Irish novelist Edna O’Brien OBE wanted Cristal. Writer Jeanette Winterson CBE and designer Jasper Conran OBE both wanted vintage Krug in the 80s, while the cartoonist Ronald Searle CBE simply wanted “the best Champagne possible” in the noughties.

You can detect other shifts in wine fashion too. The novelist Barbara Pym, the conductor Sir Simon Rattle and the actor Leonard Rossiter all wanted German wine in the 1970s. But there isn’t a single request for German wine in the 80s or 90s – no doubt under the spectre of Blue Nun. But perhaps we’re seeing a renaissance? Only last year the writer Jared Diamond asked for six cases of Scharzhofberger Riesling Kabinett.

As with whites, with reds. In the 60s and 70s, “claret” is the choice of the crime author PD James OBE, the explorer Robin Hanbury-Tenison OBE, the politician Lord Jenkins, the founder of The Good Food Guide Raymond Postgate, and actor Arthur Lowe, who played Captain Mainwaring in Dad’s Army. In Lowe’s case, “a dozen cases”. But over the years the requests become more specific. And more plentiful. Comedian Mel Brooks wanted Château Lafite. Ballerina Natalia Makarova wanted Margaux 1961. And General Sir John Hackett chose “six dozen bottles of Château Latour 1962”. But then he’s a General, while Mainwaring was just a Captain.

You might be tempted to look at some of the requests and draw moral conclusions about their requesters. Former Conservative cabinet minister Lord Tebbit wanted a drinking fountain with taps for Sancerre and claret, and another Tory, David Davis MP, wanted “a magic wine cellar which never runs out”. But then the religious writer Karen Armstrong OBE asked for “a continuous supply of very cold and dry white wine”. And the distinctly left-of-centre author Ken Follett CBE wanted the “entire cellar of a great collector of French wine”. Perhaps as a form of desert island redistribution.

Note Follett wanted a cellar of “French wine”. Guests have requested “French” and “German” wine, as well as more specific requests for Bordeaux, Beaujolais, Burgundy and Champagne. But I could only find one request for a non-European wine, when musician Gene Pitney asked for Opus One. I only found one request for rosé too – way back in the 1960s, when the broadcaster Hubert Gregg MBE asked for pink Champagne. Expect more in the future…

Wine personalities have appeared on the show too. And their requests were as you might imagine. Wine merchant and Lord Mayor of London Sir Christopher Leaver asked for a wine cellar, as did Jancis Robinson MW OBE (though she cleverly remembered to ask for a corkscrew). One hopes Sir Christopher might share his desert island with the actor Hugh Williams. His was the oddest luxury request when he asked for a corkscrew but, for some reason, no wine.

Joe Fattorini on life for sommeliers in lockdown 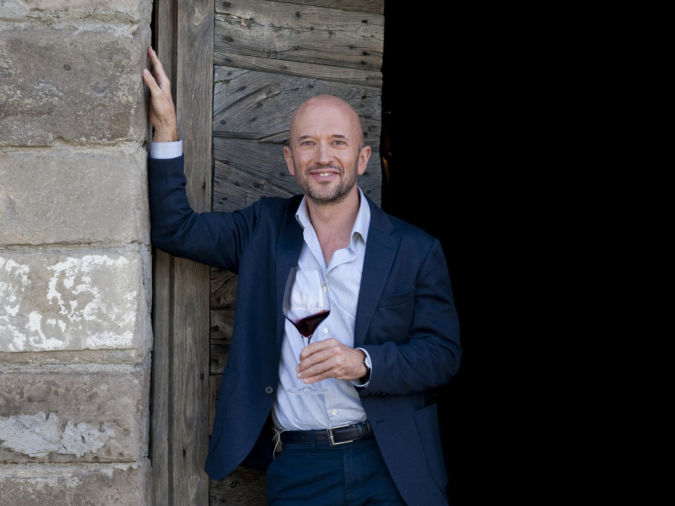 Joe Fattorini: Lockdown will prove to be wine’s finest hour