For whisky lovers, there is a certain irony about the Grim Reaper carrying a scythe. In the early 1980s, this traditional tool for harvesting barley was no longer seen in many of Scotland’s fields; instead, a swathe was cut through the distilleries that had been dependent on those same fields’ crops.

Whisky is a business built on the ageing of stocks – one in which demand is led by the fashions of the day. And by the start of the 1980s, Scotch’s fortunes had waned, supplanted by clear spirits such as vodka, which was increasingly popular in the bars and clubs of the world’s big cities.

In an industry that has to be proactive in forecasting the future, the result was purely reactive: the closure of a number of distilleries. A total of 20 closed their gates in the 1980s, including the now storied names of Port Ellen and Brora. Seven more suffered the same fate in the 1990s; over the same period, just two new distilleries opened.

This was not the first time that Scotland had seen a serious contraction of whisky production; indeed, it has become something of a pattern within the industry. In the 1920s, 40 distilleries closed, the result of a combination of huge oversupply and the onset of Prohibition in North America. The boom years came later, with 22 new sites opening between 1957 and 1976.

In the same way, the closures of the 1980s and 1990s preceded a new dawn for Scotch. As the century drew to a close, more mature and educated whisky drinkers discovered the delights of single malts – and with this came a natural curiosity to try offerings from ‘ghost’ distilleries. Suddenly, single malts became fashionable. Between 2002 and 2016, exports grew by 143%, from 47 million bottles to 114 million, and the hidden gems made at mothballed or demolished distilleries developed legendary status.

Thankfully, casks from some of the distilleries lost in the latter half of the last century are still being bottled. These liquid landmarks all reflect a unique time in the world of Scotch whisky – a time when single-malt production was largely reliant on the powerhouse blends of the day as their main outlet.

Past bottlings from the most famous three – Islay’s Port Ellen; Brora, in the Highlands, which, like Port Ellen, closed in 1983; and Rosebank of the Lowlands, which closed a decade later – are released more often than one might imagine, given their mothballed status. Their price at auction has rocketed over the past decade.

Devotees have been buoyed by the astonishing news that all three are to be brought back to life, not just in bottle but through the restarting of their production. In a sign of just how times have changed and the market has rebounded, the distilleries themselves are being revived. Port Ellen, on the island of Islay, is due to reopen this year and will look to replicate the original peated style, as well as developing experimental outputs.

At Brora, the original stills have been refurbished and will be repurposed in the new venture. Also on track for a 2021 opening is Rosebank, which will concentrate on triple distillation, the unusual production style that made the whisky so famous.

While all three are set to be rebuilt, there are many distilleries that are truly ghosted, yet where a legacy lives on in the liquid left behind. And the demand for this trio has set the tone for releases from other lost distilleries. One of the first of the distillery closures four decades ago – indeed, prior to the 1980s – was Ladyburn.

This was a distillery that had only been built in 1966, by Glenfiddich owners William Grant & Sons, at its grain-distilling plant in the Lowlands. Ladyburn produced spirit until 1975, so mature whisky from the site was scarce, making it one of the rarest bottlings of single-malt Scotch of the era.

Now, a new selection has been released: Ladyburn 1966 Edition One, limited to 210 bottles and sourced from a single cask of the whisky from the distillery’s inaugural year. William Grant has collaborated with renowned photographer David Bailey to adorn each label of the collection with a picture from Bailey’s archive of 1960s London, hand-signed by the artist.

This is further evidence that releases from lost distilleries are more than mere bottles of whisky – they’re a snapshot of a moment in time never to be repeated, and hugely collectable as a result.

Another Lowland distillery that is no more is Littlemill. Until it closed in the mid-1990s, it was Scotland’s oldest working distillery, practising triple-distillation until the 1930s. By 1996, the buildings had been demolished, with what remained then destroyed in a fire. But Littlemill lives on in spirit, with a 40-year-old released in 2018 and more renderings set to be bottled in the next few years.

Further north, the Grim Reaper was busier. The Highlands and Speyside regions lost 12 single-malt distilleries in the 1980s. Today, you can still taste the whisky from a handful of them. One such distillery with remaining stocks is Convalmore, which was known for producing a whisky of exceptional rarity and high regard.

Located in the Scotch whisky capital of Dufftown – famous as the home of Glenfiddich, Balvenie and Mortlach – Convalmore was built in 1894. By 1985 it had been mothballed, the buildings remaining but all equipment removed. Bottlings are scarce, but the distillery name was retained by the last operational owner, Diageo, which issues occasional releases. In 2017, a 32-year-old 1984 vintage was released in a batch of fewer than 4,000 bottles.

Also stepping back into the light is Caperdonich, with an astonishing series of six releases from this long-closed Speyside single malt. Built in the town of Rothes in 1898, Caperdonich has always had an on/off feel, closing just four years after it opened. It was brought back to life again in 1965 but closed in 2002, when it was producing both unpeated whisky, typical of the Speyside region, and, unusually, peated single malt.

The six new releases come under the banner of the Secret Speyside Collection – along with rarely seen bottles from the likes of Longmorn, Glen Keith and Braes – and feature three unpeated and three peated expressions aged between 18 and 30 years old.

Just north of Rothes sits Glenburgie distillery. Founded in 1810, it’s still going strong today, providing much of the malt for the famous Ballantine’s blend. In 1958, a new distilling unit was built within Glenburgie, using a different type of copper pot still, the Lomond style, to produce a light and fruity single malt for use in blends.

This new section of the site was a distillery in its own right, and christened Glencraig by the owners. It operated for just 23 years before being decommissioned and demolished in 1981. With the majority of Glencraig destined for blended whisky, bottles are incredibly hard to find, yet some have recently been released by the family-owned merchant and independent bottler Gordon & MacPhail. The 1975 vintage single cask yielded just 110 bottles at 54.2% ABV and is one of the rarest malt-whisky bottlings to come out of Scotland in the past decade.

It’s important to remember that these whiskies’ main role was as a component of blended Scotch, so it’s interesting to see Johnnie Walker showcasing them in the same way. Through the limited-edition releases of the Johnnie Walker Blue Label Ghost and Rare collection, the blending team at Walker has chosen to highlight three different closed distilleries within the context of blended Scotch.

First, the soon-to-reopen Port Ellen and Brora each had their own expression, and latterly a blend showcasing Glenury Royal – a Highland distillery that operated from 1825 to 1983 – has been released. Purists might scream blue murder about using such rare liquid in a blend, but to see these malts harnessed in their original context is as instructive as trying them individually.

Thankfully, the scythe that cut through Scotland in the latter part of the 20th century has since been blunted. The past two decades have seen a new dawn for the spirit, with 30 new distilleries opening between 2000 and 2018. By next year, it is expected that at least another 20 will be producing whisky. All of them owe a debt of gratitude to those who went before. How fortunate we are that some of their legacy remains.

Brora reopens: the resurrection of a sleeping Scotch icon 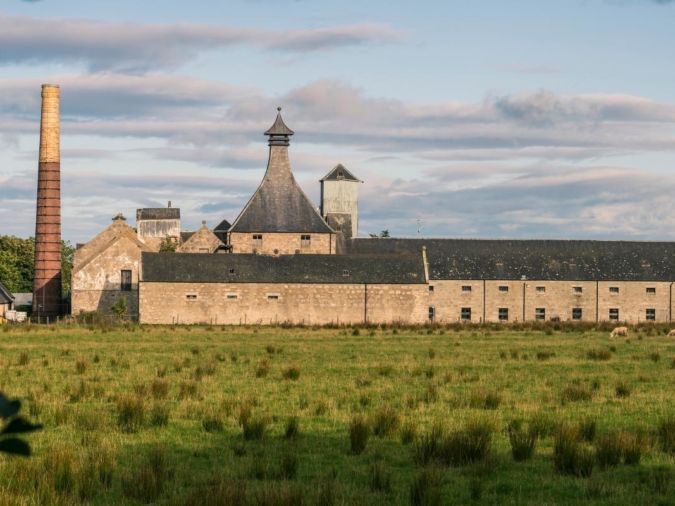