Stephen Henschke is the fifth-generation owner of the Barossa winery founded by his great-great-grandfather in 1868. While Stephen is the biochemist and winemaker, his wife Prue is the viticulturist. Their eldest son Johann leads the sixth-generation; his sister Justine works alongside him in marketing and their youngest brother Andreas (a qualified hot air balloonist, like his father) is an engineer who “perhaps one day might join the winery,” the family says.

Henschke is one of Australia’s – and the world’s – most renowned producers, just named as 2021 Winery of the Year by the Halliday Wine Companion. Its flagship Hill of Grace Shiraz is made from vines planted in the Eden Valley in the 1860s. The first single-vineyard bottling was released by Stephen’s father Cyril in 1958, but it is Stephen and Prue who are credited with bringing the wine to its current pitch of excellence. It is described by Langton’s Classification of Australian wines as a “quintessential Eden Valley Shiraz… an intensely perfumed, concentrated and velvet-textured wine.”

Other Henschke wines are close behind in terms of international acclaim. The Mount Edelstone Shiraz is celebrated, as is the Keyneton Estate. Henschke Eden Valley Rieslings too are considered among the finest in Australia.

What was your childhood ambition?
Prue To explore the jungles of the world.
Stephen To be an underwater scientist, like Jacques Cousteau.

What do wish you’d known when you were 21?
Prue There’s more to life than trying to drink the boys under the table.
Stephen Prue. We met at university when I was 22. Ironically I used to run past her house on cross-country runs each week when I was at boarding school.

What exercise do you do?
Prue I’ve been playing golf since I was 12 and don’t plan on stopping.
Stephen I try to keep up with Prue! Never marry a golfer…

What is the character trait you most wish you could change in yourself?
Prue Shyness. Although once I have the stage discussing the natural world, I’m fine…
Stephen I would bolster the appreciation I had for history and heritage when I was younger. I wish I had asked my grandpa about his grandpa, who was one of the pioneers of South Australia [Johann Christian was the first Henschke to arrive in Australia, leaving Kutschlau in the German province of Brandenburg, Silesia, in the summer of 1841].

What is the most expensive thing you’ve ever bought (aside from property)?
Prue A spinal operation for our gorgeous family dachshund Lotte. She was five years old then, now nine and still going strong.
Stephen Shares in a hot air balloon – one of my youngest son Andreas’ and my favourite pastimes. I studied for my hot air ballooning licence in 2002 and was so happy to see Andreas get his a few years later.

If you could live anywhere, where would it be and why?
Prue Banyuls. Then I can drink Mourvèdre all of the time.
Stephen There are so many beautiful places to visit. However, as a winemaker, I can’t think of a better wine region in the world to live in than the Eden Valley. In saying that, I could definitely do regular staycations in the beautiful Ribera del Duero; that would also bring me closer to the Riesling regions of Germany.

If you could do any other job what would it be?
Prue Studying baboons in Africa as a zoologist.
Stephen A marine biologist. I loved scuba diving in my twenties and would still love to explore the reefs of the world.

What luxury item(s) would you take with you to a desert island?
Prue A beautiful silk sarong and a bottle of Bollinger Grand Année.
Stephen A 1945 Domaine Romanée-Conti, a 1952 Henschke Mount Edelstone (first vintage) and a 1958 Henschke Hill of Grace (first vintage) – plus my favourite Riedel decanter. I just need to find someone to generously donate the DRC.

What haven’t you yet achieved that you want to?
Prue Growing truffles at our Lenswood vineyard in the Adelaide Hills.
Stephen Winning the Halliday Wine Companion Winery of the Year two years in a row.

If you were king or queen of the world, what’s the first law you would enact?
Prue A ban on broad-scale native tree clearance.
Stephen A ban on coal-mining, and lead Australia to 100 per cent renewable energy.

Whom would you invite to your fantasy dinner party?
Prue Sir David Frederick Attenborough, because of his inspiring love for the environment.
Stephen First-generation winemaker Johann Christian Henschke, and his first wife Appolonia Wilhelmine (sadly she died on their voyage to Australia).

Whom do you most admire?
Prue Again, I would have to say David Attenborough.
Stephen Stephen Hawking.

Which words or phrases do you most overuse?
Prue “You jolly thing!” (when I’m working on spreadsheets).
Stephen “Back in the good old days…”

What’s your greatest regret?
Prue Not learning to play a musical instrument.
Stephen Not being able to stop our Lenswood vineyard from being decimated by fire last year.

What’s your most treasured possession?
Prue Our miniature dachshunds Lotte and Fritz-Willie.
Stephen Our brand-new BMW 2002tii that we drove out of the Munich factory in 1975.

What time do you go to bed?
Prue Too late.
Stephen When I’ve finished a chapter of my latest quantum physics book. 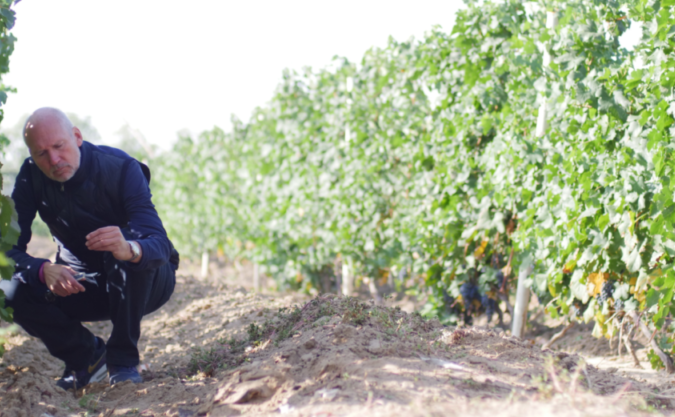