I could, broadly, describe how to catch a fish, but I don’t know if it would help at this stage in your career. All the fishermen in Brixham, in Devon, Britain’s busiest fish market, started in their teens. They have stories about mad bouts of good luck going back to the 1960s. Nobody ever talks about the bad luck, though someone does show me a grainy black-and-white photo of a guy who died falling off the harbour wall, many moons ago. Perhaps it was precautionary. I had no idea how volatile, how feast-and-famine fishing was, how very much like being a gambler in the great game of sea-roulette. At six in the morning this spring Tuesday, the catch was deemed so-so, though looked to me inordinate; my main worry for the fishermen was how on earth they would find anything tomorrow. But I wasn’t there to be their sustainability consultant.

Mitch Tonks (though I’m sure he’d hate this) is the Rick Stein of Devon; with the award-winning Seahorse in Dartmouth and branches of Rockfish in Brixham, Exmouth, Torquay and others, he has exploded the old myth that Brixham fish is so high-end, nobody except Londoners can afford to eat it. He is dressed, I thought for my amusement, in a flat cap, white coat and huge wellies. Nope, apparently everyone has to dress like this, to be allowed in. ‘It’s funny,’ he says, ‘because it’s such a strict rule, but everyone’s white coat is absolutely filthy.’

I had no idea how volatile, how feast-and-famine fishing was, how very much like being a gambler in the great game of sea-roulette

This is the only fish market in the world that doesn’t completely stink: a vast space, filled with boxes of plaice, skate, hake, dog fish, cuttlefish, scallops; Mitch picks up a red mullet. ‘Look at that. I think it’s the most beautiful fish in the world,’ he says, slightly awed, although he’s actually in the market for a John Dory. Most of the men are gathered around a stack of skate (though I’m being imprecise: nobody says ‘skate’, since they’re divided by genus: blondes, spotteds, owls and stars). ‘Fiver on them blondes,’ the auctioneer murmurs. ‘Five pounds on them blondies.’

Skilled eyes look for a well-developed, meaty-looking creature: older fish will have more flesh and complexity. The plaice are too skinny for Mitch. He eyes his John Dory, which is as big as any I’ve seen and, in a patch of sunlight, looks as though it’s been covered in gold leaf. ‘Don’t listen to the way I’m bidding,’ he instructs, ‘because that’s the one I want for breakfast, and I’m going to buy it whatever it costs.’

Otherwise, one should look for damage to the scales, because the flesh underneath it will be bruised. Everyone speaks with awe about the fish in French markets, which ‘look as though they were picked up by hand from the sea and placed straight on the stall’. Nobody knows how they do it. Nevertheless, the fish from this particular bit of channel – fighting huge tides, east to west, twice a day – are thought, certainly by the Brixham locals, to be the best in the world. Even Cornwall, which has quite a number on itself in this regard, can’t match it. ‘It’s just a bit softer and more watery,’ says the guy from the Fisherman’s mission.

By about 7.30am, everything that was worth buying, which is everything, is bought. We slope off to Rockfish to eat the John Dory and some of Sean’s scallops; they drink brandy under protest as though they’re being forced, and they fight to give each other the scallop coral (a delicacy), like old ladies arguing over who pays for a cup of tea. Everything that’s been said about the John Dory is true. You would buy it whatever it cost.

Learn in a day: butchery 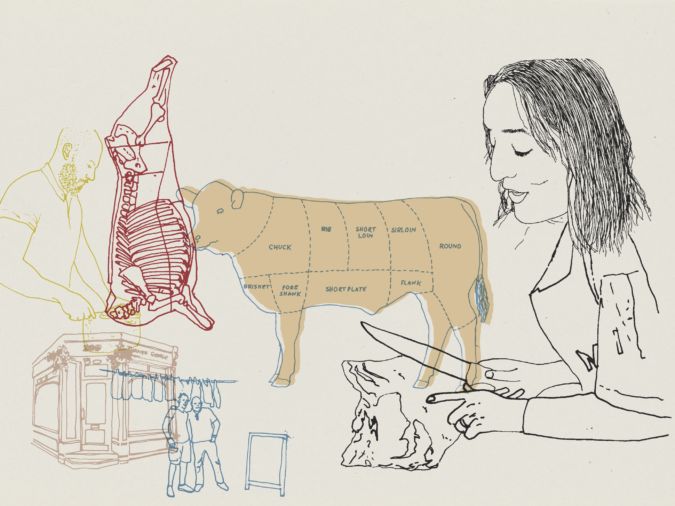 Learn in a day: clay-pigeon shooting 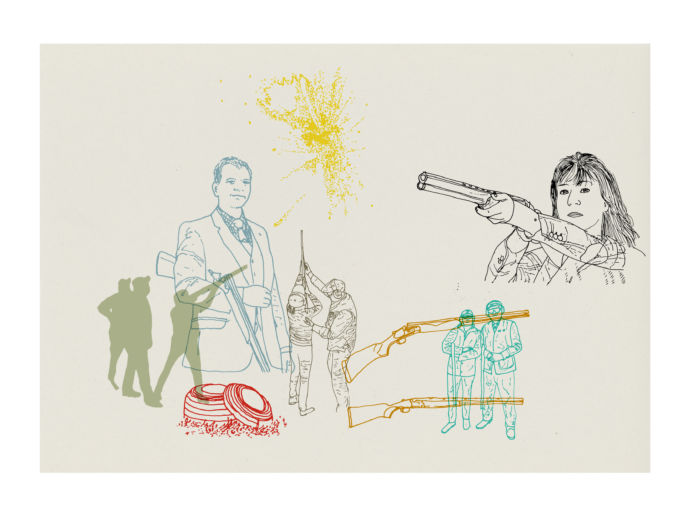