In Spain, the Moors had never been short of wine. Vineyards were plentiful in the south; it was a matter of conscience whether you took your refreshment in liquid or pill form. As the Reconquista gradually settled the rest of the country, the planting of vines was a top priority. Wine was considered an absolute essential, a fundamental daily provision for all.

From the 10th century, the Ebro Valley, the plains of the Duero and the green hollows of Galicia were equally planted. As the Christians controlled more land farther south, and monasteries, many of them Cistercian with Burgundian connections, followed the reconquistadors, viticulture became inseparable from any settlement. A vineyard belt gave a green and welcoming look to the surroundings of every town and castle. To plant vines was to make a claim of permanence in holding the land, would certainly give pleasure and had been known to bring solid profit. Moreover, in many areas it was legally enjoined. In Galicia a peasant leasing land under a form of contract from a monastery was instructed to plant vines wherever they would grow, and where they would not to plant chestnuts – which would feed the pigs.

By the 13th century, all the inhabited parts of Spain grew wine except the mountainous extreme north, which therefore became a target for all wine growers within reasonable range – which was surprisingly far. Rioja, Navarre, León, the Duero and the vineyards of Galicia all competed for this northern market. The Duero probably made the best wine, because its main consumers were the citizens of the important cities of Castile: Burgos, Salamanca, and above all the capital, Valladolid. But fashions changed. In the 13th century it was Toro (and to a lesser extent Zamora) that had the great name, for its powerful dark red. Toro continued to be the drink of the dons of the great university of Salamanca for centuries; one draught was enough to make them forget their lectures. A little later it was the district of Rueda, south of Valladolid, that was in vogue.

Some of the earliest wine ordinances, dating from 1423 (renewed with modifications in 1592), set out in minute and tedious detail exactly what wine could be brought into the capital, in what quantity, when and by whom (viz, Ordenanza No LX: “That not more than one day be taken in unloading wine”, or No XLVIII “Forbidding citizens of the town to negotiate with persons from outside so as to pretend that the wine originates inside”). And this despite the fact that Valladolid’s own wine was notoriously bad, from low-lying, ‘dew-soaked’ land, and that of its neighbour Cigales only marginally better.

For the best wine, they went 30 miles south, to Medina del Campo – the site of international fairs that almost, it was said, rivalled the great fairs of Champagne. When Medina del Campo was at its zenith, in the reign of Charles V, its (white) wines were expected to age, cost twice as much at two years as at one, and lasted up to 10. In 1607 the town had 478 bodegas, or winemaking establishments. The crops were tiny: only six hectolitres per hectare. Undoubtedly they were making very strong, concentrated wine capable of resisting bacterial attack and oxidizing gradually and harmlessly in its barrel. The term was “rancio” – a sort of primitive sherry.

Unfortunately, the cupidity of the Medinites led them to stretch their famous wine with low-strength ‘mostos’ from outlying areas. Their reputation and prosperity passed on, in the 17th century – but not very far, to Nava del Rey, a few miles west. In due course Nava (whose pride and joy was a pit of the finest clay, perfect for fining its wine) was challenged by the towns of Rueda and La Seca – but here we are approaching modern times: this was in the late 18th century.

Burgos drew most of its supplies from the Ribera del Duero, the region of Aranda and Peñafiel, whose wine was dark red, not particularly strong and not a good keeper (which will surprise anyone who knows the resounding reds of the region today). They include the legendary Vega Sicilia, a Gargantua of a wine, and such wines as Pesquera, Protos and many others, seemingly as ambitious for similar legends of their own.

These were not the wines that the world outside Spain ever met – or very rarely. Some Rioja wine was exported via Bilbão or Santander. It was known as ‘Ryvere’ (presumably from the river Ebro) and appreciated for its “sweetnesse”. The first requirement for an export wine is a port, and those nearest busy sea-lanes were first in the running. Shipping between northern Europe and the Mediterranean put into northwestern harbours in Galicia, occasionally into the Portuguese Minho, into the estuary of the Tagus, and into the Bay of Cádiz or the estuary of the Guadalquivir, the river of Seville. The crusaders were occasional customers at the ports of Galicia and northern Portugal: it was the last place they could stop and load wine before sailing down the long Moorish coast of the peninsula, where they could hardly have expected a friendly reception.

As the Reconquista opened up the west coast farther south to Christian wine drinkers, references to Andalusian wines begin. In the 14th century the English poet Chaucer described the wine of Lepe (a village near Huelva, between Jerez and the Algarve), “of which there riseth such fumositee” that after three draughts the drinker doesn’t know whether he is at La Rochelle, Bordeaux, Lepe or home in bed. In fact he was talking about a remote ancestor of sherry. Any remaining idea that 14th-century Englishmen had hard heads should be dispelled by Chaucer’s French contemporary, Froissart. He recounts how the archers sent by England’s “kingmaker”, John of Gaunt, on their way to help King John I of Portugal against the Castilians, landed in Galicia. The best of the local wine there, Ribadavia, is not very different from the vinho verde of northern Portugal; light and acidic. Nonetheless, says Froissart, the Englishmen found it so “ardent” that they could scarcely drink it, and when they did, they were helpless for two days afterwards.

They evidently came back for more, because Ribadavia became one of the most exported Spanish wines. Closeness to Compostella must have helped; at the height of its popularity the pilgrimage there counted up to two million footsloggers a year, each in his long cape and broad-brimmed hat with scallop shells. By the 16th century the restrictions on what might or might not be sold as Ribadavia at the port of La Coruña were so strict as almost to amount to an appellation contrôlée. English merchants, it is said, helped with their knowledge of shipping, and introduced the use of sulphur. Then, as so often with medieval, and particularly Spanish, wines, a change in the political tide made the customers move on. In this case it was the cooling of Anglo-Spanish, and warming of Anglo-Portuguese relations in Queen Elizabeth’s reign that made merchants sail a little farther south, to the Minho, and buy their (not very different) wine at Viana do Castelo.

Portugal has such ideal conditions for wine growing, and the northern part of the country is so thickly planted with vines, that it seems an anomaly that the southern one-third of the country, the Alentejo or land beyond the river Tagus, has almost no wine growing tradition. In both ancient times and during the Moorish occupation this was wine country, but the wars of the reconquista were particularly fierce in the Alentejo, and the constant capture and recapture of the land over a long period left it destitute and depopulated. The first King of Portugal, Alfonso Henriques, gave every encouragement to the Cistercians to bring their agricultural skills and in 1153 granted them an enormous estate at Alcobaça, north of Lisbon, which eventually became the largest of Cistercian monasteries, controlling an area of 360 square miles. The austerity of St Bernard was soon forgotten in the magnificence of an establishment with up to 900 monks, and with a refectory and kitchen described (in 1774) as ‘the most distinguished temple of gluttony in Europe’ decimated the population and again when the Age of Discoveries emptied the countryside of farmers. Royal grants of land in the Alentejo were on a huge scale, and to fighting men who were more inclined to cattle- ranching and hunting than laborious viticulture. Large areas were left as wild forest (with valuable cork oaks) for hunting. Grain was the crop that Portugal needed most; so the Alentejo was left vineless. Where vines have been planted since, the wines have shown as much potential for quality as any in the country.

A third wine that emerged on the northern market in the 1380s as a result of ships calling at Lisbon was the long-defunct Osoye. Although there is some confusion between variant spellings of both Auxerre and Alsace, there is no doubt that 14th-century Osoye was a sweet wine from Azoia, a harbour just south of the Tagus near Setúbal (now famous for its Muscatel) where fishing boats put in for salt to preserve their catch. Perhaps Osoye was even a Muscatel, with vines replanted from the Levant, and the real forerunner of Setúbal. Its appearance is contemporary with the first mention of planting Muscat vines (by the Bishop of Avignon) in France.

A fourth newcomer, also from Portugal, was Bastardo, or Bastard. Since there is still a Bastardo grape grown in Portugal (and used in making port) it is just possible that we are talking about a “varietal” wine. That was not the opinion of earlier writers, who said that it was a “mungrell” made of wine and honey as a cheaper substitute for Muscadel. As it was sold either white or brown, this seems more likely than the varietal theory. That it was a down-market drink is pretty certain. When Shakespeare’s Prince Hal said “Your brown Bastard is your only drink”, I am sure he put on a cockney accent.

An extract from The Story of Wine by Hugh Johnson, published by Academie du Vin Library.

To buy this book at a special discount price of £25, enter the code CLUB2020 on the checkout page

He wishes he were taller, and he’d invite Bertie Wooster and Winston Churchill to dinner… Read Hugh Johnson’s Life Lessons

Discover a selection of this year’s best new wine books, with something to suit everyone from beginners to experts

Would you drink wine if it didn’t make you drunk? 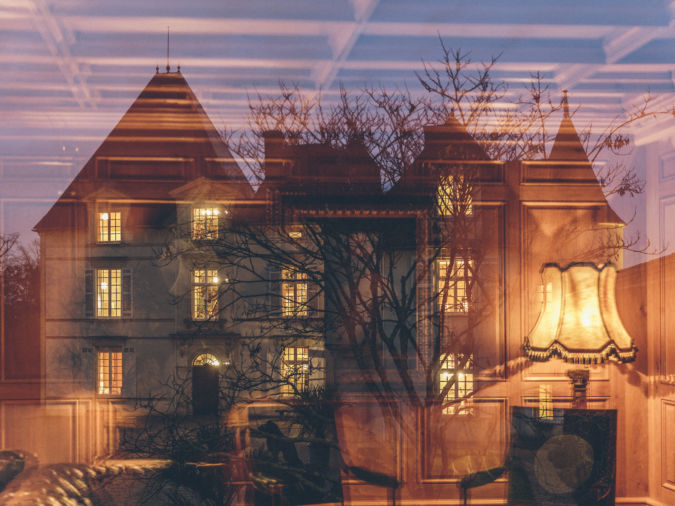 Why Georgia’s wines need a dose of reality 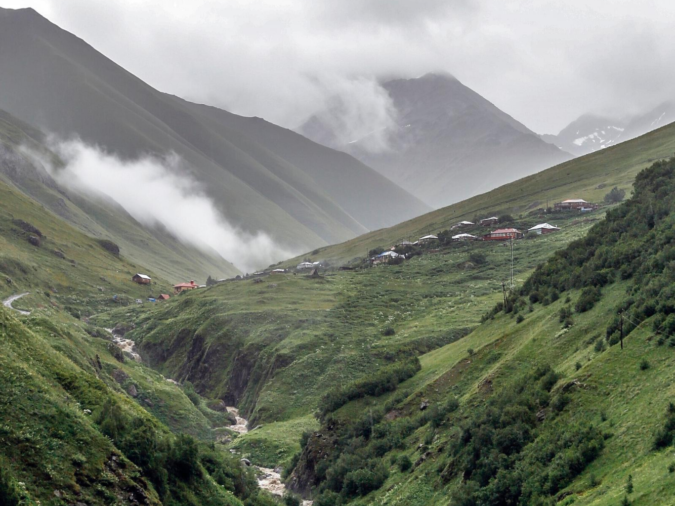 The best wine books to read this summer (part two)

by Adam Lechmere and Guy Woodward 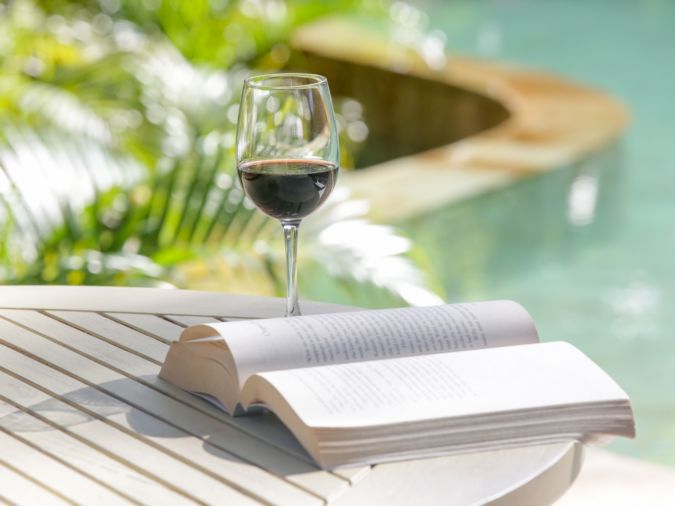 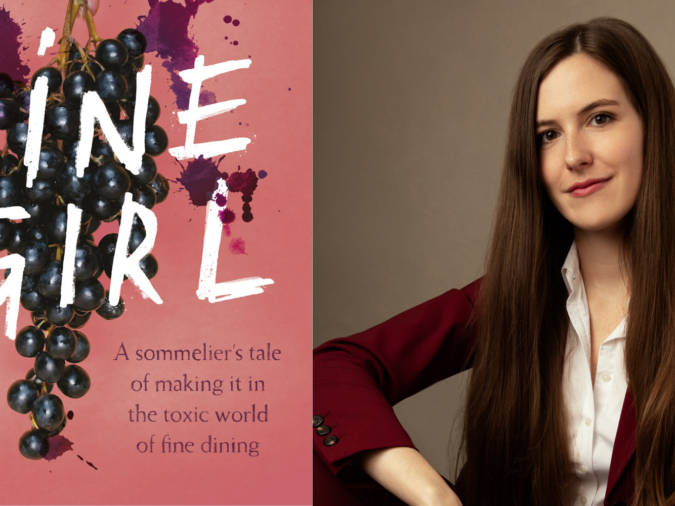