The Thienpont family is quite a dynasty, and the central character is Georges Thienpont. Georges was the grandfather of Jacques, Alexandre and Nicolas Thienpont – the three winemakers from three separate branches of the Thienpont clan who today each make celebrated wines at Châteaux Le Pin, Vieux Château Certan and Pavie Macquin. Born and raised in the Belgian village of Etikhove, Georges joined the family wine business in 1904 and, like his ancestors, often travelled to Bordeaux to select barrels of wine to sell in Belgium. For years, Bordeaux for Belgians meant the Right Bank, which includes Saint-Emilion, Pomerol and the satellite appellations. Even today, Belgium is the leading market in terms of volume for these wines.

In 1921, Georges decided to purchase an estate in Bordeaux that he considered would be a good investment. Scouting around the Libournais, Georges came across an auction for an estate with a magnificent view over the hills to the village of Saint-Emilion. The château he purchased was Troplong Mondot, where the vineyards extended over 30 hectares. Three years later he had the opportunity to purchase Vieux Château Certan, one of the few ‘real’ châteaux in Pomerol, which he took several years to restore to its former glory.

Although the 1920s were to see several great vintages on the Right Bank of Bordeaux, disaster was to strike in the 1930s with the Great Depression. Georges had to sell Château Troplong Mondot in 1935, a little more than a decade after he bought it. The Valette family from Paris purchased it – not for its vines but as a weekend house with fabulous views over to the medieval village of Saint-Emilion – although today it has again changed hands and is now owned by an insurance group

Fast-forward to the 1970s, and Léon Thienpont, father of Alexandre, and uncle of my husband Jacques, was living and making the wines at Vieux Château Certan (as Alexandre does today). In 1979, he made a significant discovery that was to change the life of his nephew. A recently widowed neighbour, Madame Laubie, had a hectare of vines surrounding her house – a curious Basque style structure raised up on stilts with a small wine cellar below and a solitary pine tree behind it. Léon knew the reputation of this Château Le Pin and tried to persuade the family to purchase it to add to Certan’s vineyard holdings. But at one million French francs (just over €152,000 today), the family judged it too expensive. Jacques, who had started working with his uncle Gérard in Etikhove, persuaded his uncle and his father to lend him the money to buy the parcel. Little did he know when he made his first vintage in 1979 that the wine would become one of the most sought-after and expensive in the world.

Pomerol at that time covered 750 hectares, divided among 180 producers. A more recent law stating that all Pomerol wines must be made in the appellation has seen the number of growers diminish drastically; many of them back then were peasant growers, owning, through a succession of inheritances, parcels of vines across several appellations such as Lalande de Pomerol, Montagne Saint-Emilion and Fronsac. They could not afford to build a cellar just to vinify their smallholdings and at the prices that vineyards have been fetching on the much-prized Pomerol plateau (today, upwards of €5 million per hectare), many saw the opportunity to cash in. Today, the number of producers in Pomerol has dropped to under 100. Vieux Château Certan, sitting on the plateau, surrounded by Petrus, L’Evangile and La Conseillante, is one of the largest, and includes 14 hectares of vines. The family jokes that the lawn in front of the château must be one of the most expensive in the world, covering several ares of prime Pomerol terroir.

From the original hectare surrounding the winery, Jacques has managed to expand the Le Pin vineyard over the decades, to a total of three hectares, by buying a few vine rows here and there. Only those parcels that are contiguous to the original estate are used for Le Pin; the rest of the vines are gathered and vinified like Le Pin, but blended over three vintages to make a wine called Trilogie, which is sold to private customers and a few close clients.

The story of Le Pin’s rise is a little like a fairytale and Jacques often grins sheepishly when he tells it, as if he still cannot believe his good luck. Jacques looks like a man who is still amazed by his own good fortune. Boyish still, in spite of his 70-something years, his broad smile and easy manner surprise those who meet the owner of Le Pin for the first time. He is down to earth and fun, often teasing wine lovers who talk about Le Pin too reverently, generous to all and a father figure for many of the fourth generation of Thienponts who often come to him for advice.

The day after I first met Jacques over 20 years ago, he showed me around the legendary Le Pin. Although I admired the simplicity and the hands-on approach, I must admit to having been quite shocked and a touch dismayed at the rudimentary set-up. For his first vintages, Jacques used a second-hand stainless steel vat for the fermentation, and old barrels from Vieux Château Certan for the ageing. When it came to running off the wine after fermentation, usually done from one tank to another, Jacques realised that he had nowhere to put the new wine. He was obliged to put it straight into barrels, thus accidentally starting a trend for the second fermentation (the malolactic fermentation, which converts tart malic acid to softer lactic acid and stabilises the wine) to happen in barrels rather than in tanks. This practice is now used at almost every top estate in Bordeaux, especially since it means that the young wine gets put into oak barrels much earlier, making it rounder and softer – ready for the crucial en primeur tastings which happen before the wines are bottled six months later.

As Bordeaux became more of a travel destination, increasing numbers of visitors started to visit Le Pin. Winemaking became more professional; cellars began adapting to increased parcel selection and thus needed more, smaller fermentation vats. Jacques felt the need to build a new winery. But he insisted that the scale should be kept small, in keeping with the vineyard. He called upon Belgian architect Paul Robbrecht to help him. Paul had never designed a cellar before, but he understood the need to absorb sound and the importance of angles to throw a play of light throughout the building. In 2011, the new Le Pin winery was inaugurated and Jacques finally had more space to make his wine, and an office of his own, looking out over his vines.

The new winery is a smart building made of local stone, with solid oak doors and a slate roof; inside are two rows of small stainless steel conical vats and below that a barrel cellar where the wines are aged for 15 to 18 months. It introduces a new standard of excellence at Le Pin: better hygiene, better temperature control, movement by gravity, and it certainly enables more precision in the winemaking and parcel selection.

During my first harvest at Le Pin after my marriage, I was amazed by the simplicity and calm of Jacques’ winemaking style. We use the same team of pickers and sorters for both Vieux Château Certan and Le Pin and they will alternate between the two estates depending upon the ripeness of each parcel. Usually dressed in the same shabby sweater and torn jeans, Jacques, assisted for over 30 years by his trusted cellar hand Toine (a friendly Dutchman bearing an uncanny resemblance to Father Christmas), goes quietly through the rituals of pumping over the wines, checking the analysis and then rinsing down the cellars thoroughly after every process. Our two boys, Georges and William, vie with me for a chance to participate in the gradual winemaking process that will see grape juice transformed into wine by the action of yeasts on the sugary Merlots. There is something magical about sitting atop a vat, gently and rhythmically hosing down the cap of skins and pips that float to the top of the juice during fermentation to keep it fresh and submerged. When the time comes to run the wine off into barrels, Jacques is waiting below in the cellar to make sure this is done gently. Close at hand is his most prized cellar tool, a beautifully balanced old wooden hammer, which he uses to knock in the bungs at the top of each barrel. When it comes to cleaning out the purple sludge that remains in the fermenting vats after they have been emptied, this is a task we are happy to leave to the boys.

Even after so many years, we still wake up at night during the vintage, worrying about the weather or the ripeness or whether the vats are overheating or the barrels overflowing. In the middle of the night, Jacques will often pull on his jeans, jump on his bike and go and check on the cellar – just as we checked on our sons, as young parents when they were sleeping in their cots. Luckily, our house is right next door to the winery.

Le Pin’s success was, as in so many cases, a lucky coincidence. When it was first released, the world’s taste was turning towards richer, sweeter Bordeaux wines, spurred on by fledgling wine writer Robert Parker – who was to become the world’s most influential wine critic. The appreciation of Merlot grapes; the simple, easy to pronounce name; and the unfussy label (designed by Jacques on the counter of the local printers) were all important ingredients in its success. Jacques recalls how the first samples of Le Pin gathered dust at the local wine broker’s office. It was only a couple of years later that Jacques Luxey, a famous French wine writer, baptized Le Pin ‘the Romanée-Conti of Bordeaux’; just after that, Parker gave the 1982 vintage a perfect score of 100 out of 100. Too bad for Jacques that he no longer has any 1982 Le Pin in his cellar; he sold all his bottles to pay off his debts.

So what makes Le Pin so magical? Although it may seem like a cliché, it really is the terroir that counts. Lying in the centre of the Pomerol plateau, the vineyard, with its perfect southern exposure to the sun, slopes down to a small ditch that divides the estate. The topsoil contains a high amount of ancient pebbles that are rare in the mainly clay soils here. Underneath is a complex layer of ferruginous limestone, gravel and sand. The Merlot ripens early here and produces an exotic coffee and blackcurrant fruit which is evident as the first juice is tasted.

The glamorous image of Le Pin abroad lies in contrast to the winery and the winemaker. Talk of the stratospheric prices that Le Pin now fetches once it leaves the cellar door [upwards of £1,000 a bottle on release; upto £3,000 for older vintages] bemuses Jacques. He has watched the wine’s meteoric rise with incredulity. ‘Pourvu que ça dure!’ (let’s hope it lasts) he says with a grin.

This is an excerpt from the chapter on the Thienpont family from the book 10 Great Wine Families, by Fiona Morrison MW, which goes inside 10 renowned family wineries, from Gaja to Egon Muller, to observe their inner workings. To order the book with a £5 discount, visit academieduvinlibrary.com and quote the code CLUB21 on checkout

How will the Bordeaux 2020 vintage be assessed? 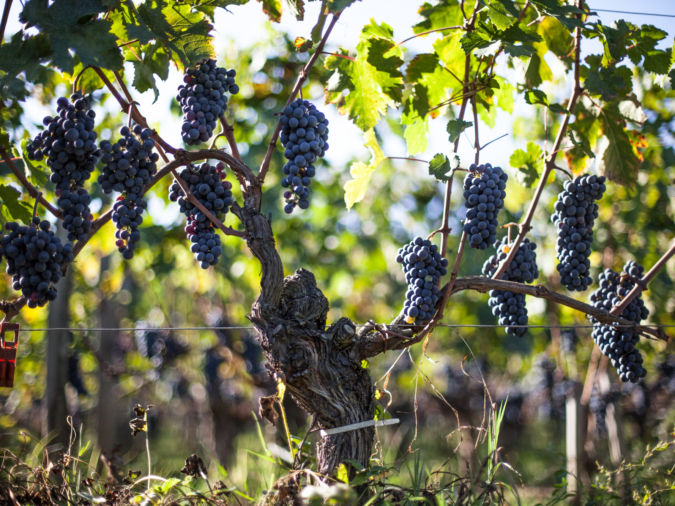 Top 5 Bordeaux blends from around the world 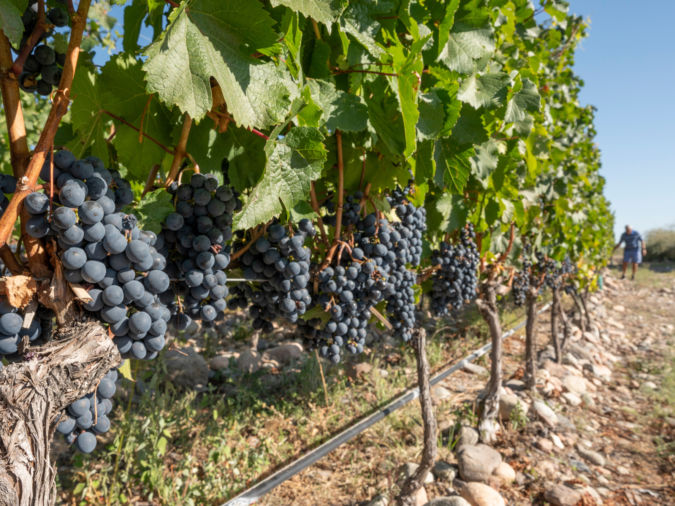