At the newly-opened Amara Hotel in Limassol, Cyprus, local wood and limestone glows in a series of interior and exterior spaces; sunlight pours in across the Mediterranean. Fragile, translucent jellyfish hang in an aquarium embedded in a wall; water features reflect the artfully-planted indigenous vegetation; the entrance leads to a grand driveway lined in marble.

Beyond the concert stage that had been constructed above the infinity pool, two superyachts sat at anchor in the bay. I don’t know who their passengers were but I partied with them; next day, they and the yachts had gone.

This is the third hotel for Cyprus company Stademos Holdings and it’s by far the most ambitious. The 207 rooms all have 180-degree sea views; the shop is one of those glossy affairs selling watches for six-figure sums. And there is a Matsuhisa restaurant – one of several opened by Nobuyuki “Nobu” Matsuhisa – as well as one by Italian star chef Giorgio Locatelli. The hotel also has a seafood restaurant by Giorgios Papaioannou, a renowned local chef.

At the opening party Locatelli heaped my bowl with risotto ladled from a giant Parmesan, and grinned when I asked why he’d brought a top-end pasta joint to the eastern Mediterranean. “I’m hoping it will make me as much money as my London restaurant,” he said. He pointed out the cultural affinities between Cyprus and southern Italy, and pushed forward the young chef who will actually be cooking at this Ristorante Locatelli.

Locals queued for Matsuhisa’s signature Japanese-Peruvian dish, black cod in miso. “We know the other good places in Limassol pretty well,” said one long-term expat, as she enthusiastically spooned sushi onto her plate.

The wines, meanwhile, are up in the hills, less than an hour’s drive north. A cheerful local driver gave us a verbal sketch of the changing face of Limassol in the last 40 years. “There used to be nothing here,” he said, of the coastline where smart hotels now jostle with karaoke bars and cheap restaurants. This eastern stretch of Limassol is an uninspired hodgepodge – but within the luxurious confines of the Amara, or beyond the city perimeters, there is outstanding beauty, and terrific Cypriot wine.

The cluster of high villages we visited is known as Krasichoria: krasi means wine, and choria are villages. “Every village had a winery,” says Rebecca Argyrides. “They’d saddle up the donkey in the dead of night and brave the bandits to ride to Nicosia to sell their wine.” The Argyrides winery is small, pretty, and run by women. Argyrides, her mother and her sister are all involved. While we talk and taste in the sunny courtyard, a young female employee walks past holding a baby.

They make a Maratheftiko, the rich, spicy Cypriot red that is tricky to grow: “it doesn’t pollinate easily, and you get grapes ripening at different times,” says Argyrides. Perhaps unsurprisingly, she’s a fan of international varietals, producing a Merlot-Cabernet blend and a Mourvèdre. All her wines are really good, including the two whites (Viognier, uncharacteristically restrained, and a fresh, floral Chardonnay), and will repay ageing. If you can find any to age, that is: production is tiny.

If Argyrides loves international varieties, her friend and fellow winemaker Sofoklis Vlassides is all about the indigenous grapes. His imposing, architect-designed winery sits so high in the hills (his highest vineyards are at 900-1000m) that he’s disconcerted by 22C temperatures in late October.

International varieties are suffering from the heat as the climate changes, but local varieties, he says, do well at all altitudes. “The limestone retains moisture but we have to irrigate, especially the international varieties,” he says. His easy-drinking white, Grifos 2, combines Sauvignon Blanc with the local Xynisteri. His experiments with another indigenous grape, Yannoudi, have worked best with the addition of a little Shiraz to bring up the mid palate. His flagship wine, Opus Artis, elegant, chewy and full of black fruit, is a Merlot-Cabernet-Shiraz blend.

At our last stop, Zambartas, the ambience is office meets café, and the buzz is provided by curious customers tasting and snacking on platters, and by the fermenting wine fizzing noisily in a small room next to the tanks. We taste a variety of wines – up to the stupendous Margelina, a field blend of six local varieties – from vines planted in 1921.

All Marcos Zambartas’ top cuvees are indigenous. He’s clearly a smart guy: instead of investing in a barrel room, he has bought a refrigerated container. It sits outside the tank room, making up in practicality what it lacks in beauty.

Local wines are easily available in Limassol, even at Matsuhisa, along with good Greek options. Cyprus knows all about division: the island is, after all, split between two countries. But the Cypriots seem comfortable combining the best of what they have to offer with international imports. An impossibly luxurious hotel, owned by locals, brings in famous international chefs – but makes space for local wines (I wish they had a wine shop to offset the luxury-goods boutique).

The beautiful spa has been built around an ancient wall, discovered during construction, while the grand lobby takes the form of an iliakos, a traditional covered veranda. But the best way to combine two very different realities is to head into the hills and meet the winemakers. A luxury hotel, with pools, spa and warm sea, is a lovely place to hang out, but it’s away from the coastline that the true refreshment lies.

Nuno Mendes returns to his roots with Lisbon restaurant BAHR 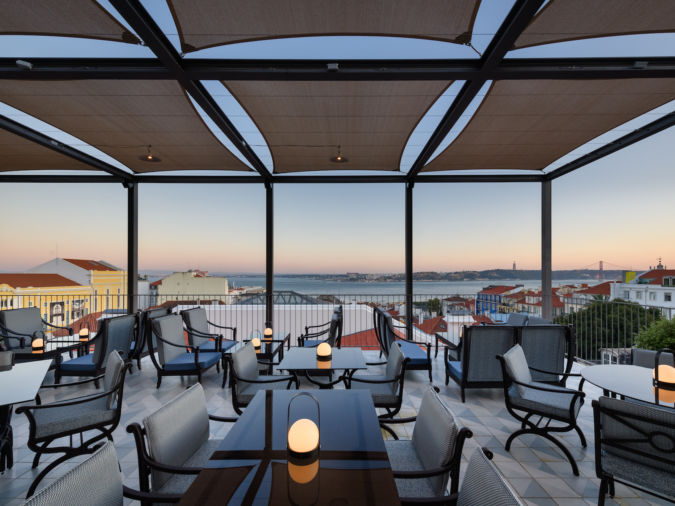 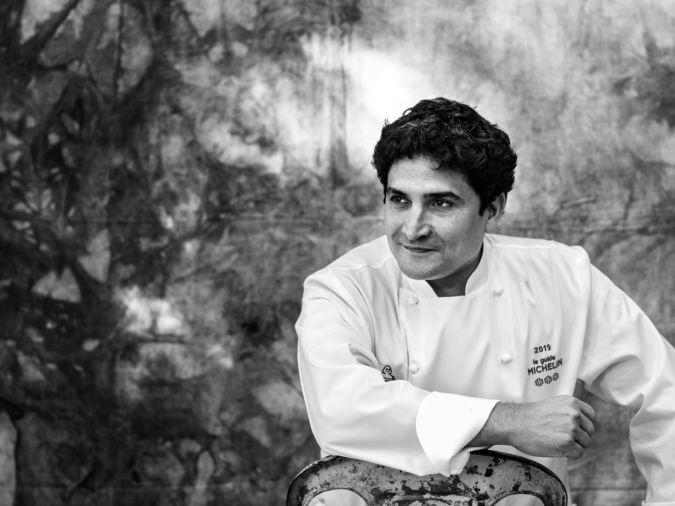