Collectors are collectors. There’s a gene or a psychological trope that determines their fate. What they collect is shaped not just by predilection but also by circumstance or serendipity. As a child, Sukhinder Singh – head of retail at The Whisky Exchange and the proud owner of a 10,000-plus collection of rare and wonderful single malt whiskies – collected coins and stamps, not least because the local handyman’s shop had an unlikely corner devoted to philately. That was chance number one.

Chance number two: Singh’s parents opened an off-licence in Hanwell, west London, the first Asians to be granted a liquor licence in the UK. At this point, collecting and alcohol intersected, but Singh started small – literally, with miniatures.

Chance number three: the vice president of the biggest miniature-bottle club in the world lived around the corner. ‘Talking to him regularly, I soon understood that the most serious collectors in the UK were all whisky fanatics.’ This gave the nascent collector focus. Scarcely of legal drinking age, Singh was fascinated by the different malt miniatures with all their different ages.

I can just be the single-malt man

The next inflection point came when Singh acquired, by a combination of persistence and sheer luck, a collection of 8,000 miniatures from an auction house in Bath. He stripped out the other spirits and was left with nearly 4,000 whisky miniatures, 3,500 of them blends. ‘So I thought, “Perfect. I’m going to get rid of all the blends, then I’ve got this nice, manageable number, and I can just be the single-malt man.” That’s when my interest took off, and I started reading books, doing research, going to Scotland, seeing distilleries, meeting collectors and buying collections.’

Within a decade, Singh had amassed some 5,000 single-malt miniatures. At the same time, he was taking a bigger role in his parents’ business – an embryonic career in chartered surveying having been frustrated by the early 1990s property crash – and increasing their offer of single malts. The lure of graduating to full-sized bottles was irresistible, but Singh was determined to stay disciplined. ‘I decided that I would collect only one bottle from each distillery – 120 bottles, job done – and only something really special. Even if I picked up two bottles a year, I was happy.’

And he was – for about four or five years. Then Black Bowmore came along. Black Bowmore is a now-legendary Islay single malt, distilled in 1964, matured in first-fill Sherry casks and released in five tranches between 1993 and 2016. The fifth edition in 2016 was priced at £16,000 a bottle, but the first was a different story. ‘We got six bottles in, and we sold it for £79 or something like that,’ Singh recalls. ‘It sold out like that’; he snaps his fingers. ‘Got another six in, sold them like that. Got another six in, sold them like that. Went to [UK retailer] Oddbins, bought all their stock from one branch, went to another branch, bought all their stock.

‘All my collector friends wanted Black Bowmore because it was so beautiful. Everything about it was just perfect. There was nothing that had been launched up to that point that looked as good in every way possible. I told myself, “I know I’m only meant to be collecting one whisky from each distillery, but I’ve got to have one of these.” And then the next year they launched the second edition. That’s when it started to go wrong…’

Collecting is progressive, evolutionary; collectors start with one set of parameters, until something shifts them. In Singh’s case, he graduated from stamps to miniatures to one bottle from each distillery.

Some collectors are specialists. They go narrow and deep, determined to collect as many Ardbegs or Laphroaigs or Springbanks as they can find. Singh’s approach was that of a generalist – until the late 1990s and a Macallan epiphany in Japan. ‘In those days, everyone in Japan was drinking Macallan from the 1950s and ’60s. For me, the reason why Macallan is so big today is because of what they produced then. Even today, you go back to old Macallan, and there is something special there. It just blows me away every time.’

Macallan had vintages, recurring batch bottlings, but not the never-ending conveyor belt of launches we see today. In other words, there was variety, but not infinitely so. ‘It was fine. It was obtainable.’ Did he have a goal of collecting every Macallan distillery bottling? ‘Yes.’ And did he hit that goal? ‘Pretty much.’

I had a vision of what I liked, what I wanted. I bought the right things

Singh isn’t naturally nostalgic, you sense. He is, he says, a strong believer that ‘you shouldn’t compare old whisky with new whisky’. Nonetheless, some comparisons are unavoidable. Take Macallan. ‘I’m not buying the new stuff – I’m buying what I like. I’m not buying everything.’ He is reluctant to expand but says of his collector friends, ‘They all, with me, used to love Macallan. They won’t touch it today.’ Why not? ‘They don’t like anything about it. They find it too expensive. They find the quality probably not as good as it was.’

On the spiralling, stratospheric prices now being paid at auction, Singh says, ‘I couldn’t do this today,’ gesturing at the wall of glass-fronted cabinets. ‘I was lucky; I started at the right time. I had a vision of what I liked, what I wanted. I bought the right things. I’m lucky because I’ve done it over 30 years. I’ve grown it as I could afford it. I’m not a big fan of people who just throw lots of money at buying 50 of the best bottles you could ever buy because they’ve read about it on some website. I find that quite boring.’

Now there are whisky investment funds, FTSE-style rare malt indices, and people buying whisky they never see, much less taste, in expectation of a financial return. Singh shakes his head. ‘For me, collecting whisky is pointless unless you drink it, unless you appreciate whisky. If someone comes up to me and says, “I want to collect whisky,” I say, “Do you like whisky?” If they say no, I tell them, “Don’t collect it, then.” I don’t see the sense of it.’

For Singh, beyond the thrill of the chase, there is the pleasure of drinking – it transpires that he has another 2,000 bottles of ‘drinking whisky’ sitting on pallets in the warehouse outside, and he discloses a particular taste for older bottlings from the 1960s, ’70s and ’80s. He is also drawn by the lure of history: the 1903 Glenfiddich that even the distillery doesn’t have; the rare-as-hen’s-teeth Kirkliston that was the first full-sized bottle of single malt he bought.

‘I’ve got very few bottlings here that were released in the past 10 years,’ he says. ‘I’ve got so many rare old bottlings, from 50 years ago, 100 years ago. For me, these are important as a piece of history. I am very emotional about them.’

So is he done? Is this, indeed, the ‘perfect collection’, or as close as he can get to it? ‘I actually thought, five or six years ago, that I’m not going to buy much more now. I’ve pretty much got what I need. Believe it or not, it’s been completely the opposite. As the press has been talking about whisky, whisky, whisky, things have started to come out of the closet. And I’m just thinking, “Oh, my God, I thought I wouldn’t spend anything this month, and I just spent 20 grand.” Then the next month I spent 10 grand, then 30 grand, and I’m thinking, “This is insane.” You know, it is a bit out of control – absolutely out of control – but there are a few things that I’d still like. Just a few things…’

This article was adapted from the spring 2021 edition (Issue 7) of our quarterly magazine which focuses on wine, spirits and good living, with vivid imagery and insightful articles. Click here to find out more. 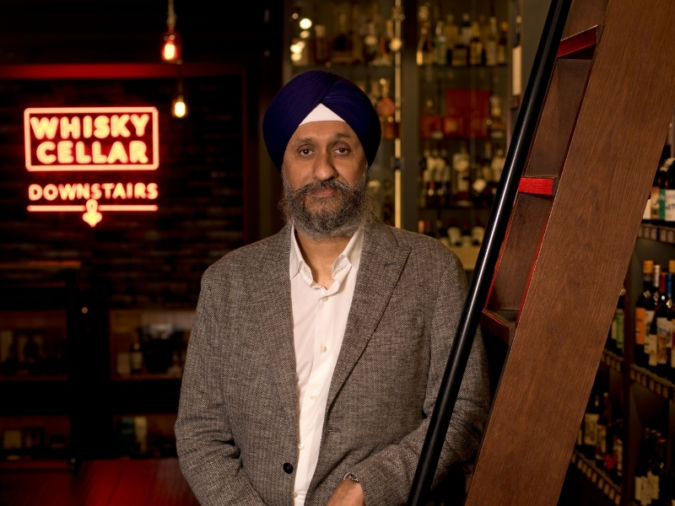 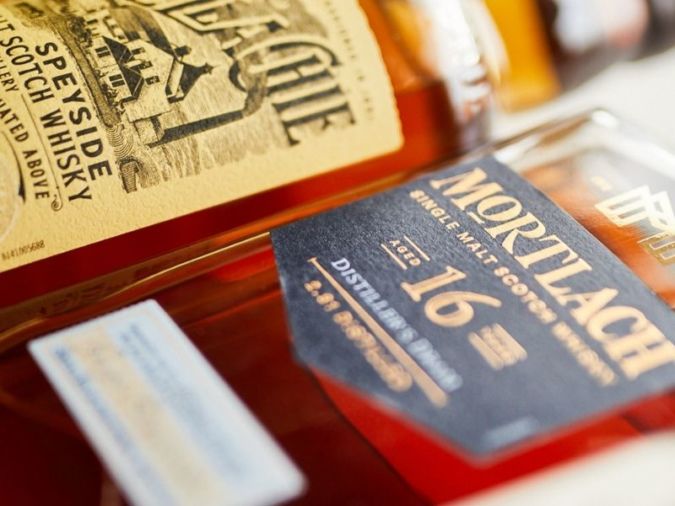 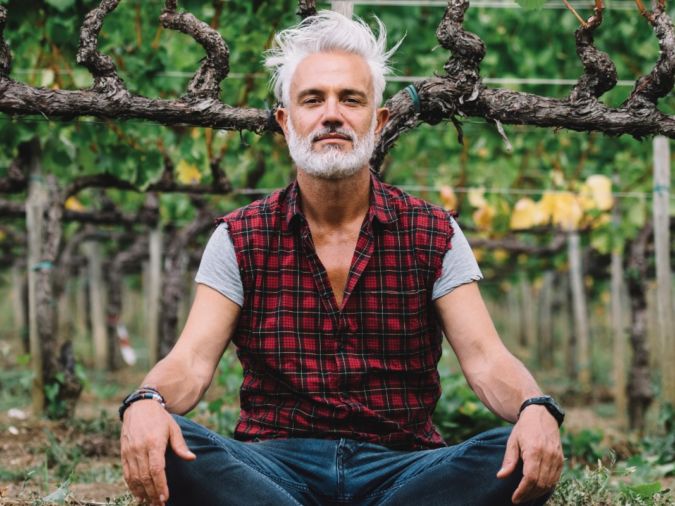