‘I ‘ll have a glass of the house, please’: it’s become universal code when dining out, a way of coyly ordering the cheapest wine on the menu without explicitly announcing that you want the cheapest wine on the menu. Ironically, some of the most exciting restaurant house wines are simply labelled ‘white blend’ or ‘red blend’, which at least teases those of us so inclined to try and guess what grape varieties might be the mix – like a vinous version of the mystery bag game. But on the whole, a restaurant’s house wine can often be uninspiring and bland.

In the last few years, though, a raft of restaurants around the world have been reclaiming the term, realising that, as the entry point for most customers, it pays to be pickier when selecting a house bottle that takes a regular or permanent slot on the wine list.

‘House for us is what we think is good and what we are proud to serve’ says Alex Kratena, co-founder of Tayēr + Elementary in London. Coming from a cocktail bartending background, both he and co-founder Monica Berg say that their perspective is much more flavour focused, which has afforded them a freedom when coming up with ideas for their exclusive house wines. At the bar-restaurant hybrid, these are listed under the label ‘Smashable’, sourced from the Czech Republic and adapted with the seasons – last year, they were pouring an orange wine that had been macerated with leaves, while this year they say the theme is ‘orange juice’.

But it’s not just at the cool cocktail bars of east London where house wines are getting a makeover. Rick Stein’s in Cornwall (and at its other UK locations) serves its own-label white Burgundy, which is custom-made for the restaurant group. ‘I really want them to be a certain style. I want to be able to control the quality and make sure that what the guest gets in the glass is the best it can be,’ says Charlie Stein, director of the Rick Stein Group.

With house wines increasingly becoming a confident expression of a restaurant’s identity, ordering a glass might soon be something you’ll happily announce to the rest of the room.

Just like the veteran celebrity chef behind the restaurant group, this wine is a classic. Coming from the Mâcon by producer Julien Collovray, it was initially only intended to be sold for a year to celebrate the 40th anniversary of the first Rick Stein restaurant. However, it proved such a hit that it stayed on the list. Each year, the wine is slightly altered to keep things interesting – with oak levels adjusted, for example. Currently, expect to find notes of lemon, lime, white peach and apricot, with hints of wood spice and popcorn coming from that time in oak.
Restaurant locations in Cornwall, Poole, Hampshire, Wiltshire, London; £48 per bottle

A 100% Riesling from Kratena’s home country of the Czech Republic. It’s fermented in barrel and then left on lees until bottling. Fresh, baked and dried apple are all present on the nose with additional aromas of ripe yellow pear, yellow blossom, lime, dried mango and a hint of sweet spice. The time on lees gives the wine texture, which really balances the characteristic acidity of Riesling.
London; £35 per bottle

Of course, there are plenty of other wines that would work well with Hawksmoor’s meaty menu, but the restaurant group has plumped for a Malbec house blend. After all, steak and Malbec is a tried and tested formula for the ages. With characteristics of ripe black cherry and damson intermingled with chocolate and caramel notes and layered with a savoury meat, smoke and dried herbs, this wine has enough structure to stand up to the food while retaining a good level of acidity.
Restaurant locations in Manchester, Edinburgh, New York, London; £47 per bottle

Head Sommelier Bradley Tomlinson says Leroy’s wine list is constantly in flux. ‘I might buy 12 bottles of something and that is our house for the week, and next week it’s something entirely different. We like a list that is alive in the way that wine is.’ At the time of writing, the house wine is an unoaked Carignan from Spain’s Montsant, which is full of fresh summer berries with a hint of violet on the nose. This bottle is all about primary fruit and ease of drinking, and feels deceptively light despite clocking in at 14% abv.
London; around £38 per bottle

Founders Brodie Meah and Max Venning focus on natural and seasonal produce at Top Cuvée. The simply named ‘house wine’ is purchased in kegs and bottled and labelled in house to keep environmental impacts to a minimum. Takeaway bottles are also encouraged to be returned with the incentive of money off the next purchase. This season’s white is a lively Arinto from Portugal with flavours of green apple, lemon zest and camomile ending on a chalky minerality.
London; £16 per bottle 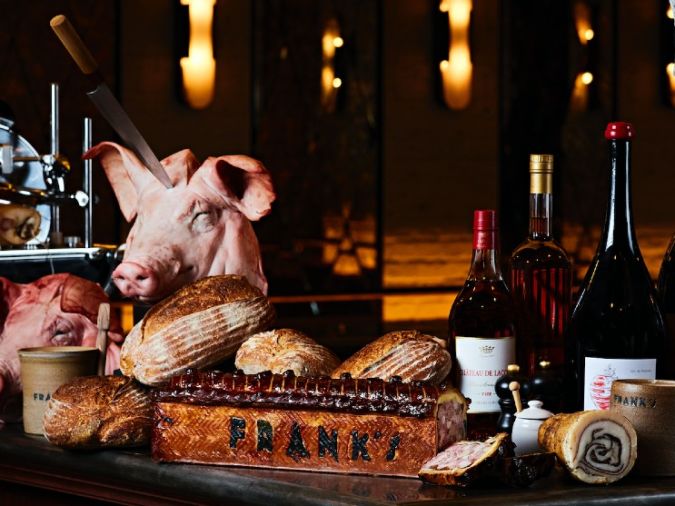 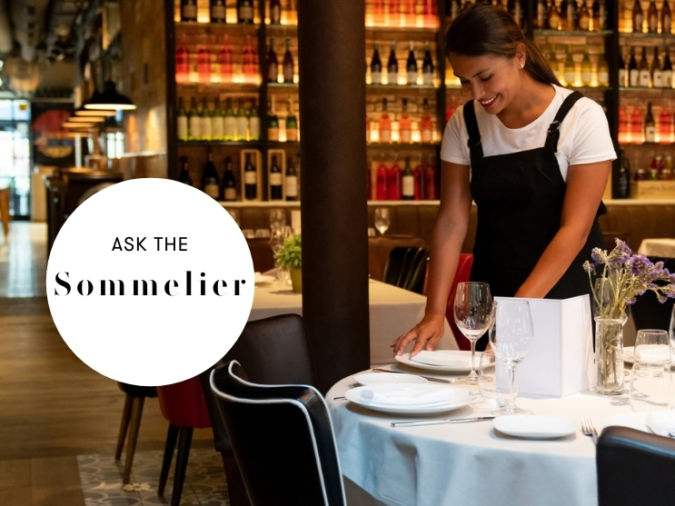