How can a bottle of whisky be worth £1.5 million ($1.9m)? Last week’s record-breaking sale of a Macallan 1926 60-year-old single malt at Sotheby’s in London is the latest chapter of a long story punctuated by a series of landmarks: the licensing of the first Macallan distillery in 1824, the filling of ex-Sherry cask #263 a century later, the reinvention of Macallan in the modern era, and today’s rare whisky boom.

Macallan was one of the original Speyside farm distilleries; it may be hard to imagine for visitors to its breathtaking new £140m distillery today (pictured above), but this pioneer of the luxury whisky market began life as two stills in a wooden shed on a remote site near the village of Craigellachie.

Over time, Macallan grew to be appreciated, but not famous – sought-after by blenders for a rich, heavy spirit style that found its fullest expression after long maturation in ex-Sherry casks. As a single malt, however, it was scarcely seen beyond the borders of Speyside.

In the early 1980s, a small team at the distillery – Allan and Peter Shiach from the owning family, Frank Newlands, Willie Phillips and Hugh Mitcalfe – set out to change that, armed with a witty and ingenious marketing campaign, and a formidable stock of mature whisky.

They began with a 25-year-old which became the Anniversary Malt, but Mitcalfe was keen to go further, bottling a 50-year-old, as Willie Phillips recalls: ‘In the course of going through that, Hugh noticed this cask of 1926, 60-year-old. But was it worth bottling?

‘Well, it went before the nosing panel, and the nosing panel approved it. Two of us had the hairs standing up on the backs of our necks because we were so amazed that it could last for 60 years in a cask and it was still so good.’

In 1926, when cask #263 was filled, there would have been no thought of leaving it to age for six decades, but the serendipitous marriage of spirit quality and the right kind of wood – an ex-Sherry hogshead, neither too active in its influence nor too exhausted by over-use – created a whisky masterpiece.

Cask #263 yielded 40 bottles at 42.6% abv. Twelve were sold soon afterwards, dressed in labels designed by pop artist Peter Blake. In 1993, 12 more were put on the market, with labels by Italian artist Valerio Adami.

That left 16 more, of which two were auctioned in blank bottles, with others offered by Macallan as part of a vintage release programme or – as was the case with last week’s bottle at Sotheby’s – within its Fine & Rare range.

Over the years, anecdotal reports of the whereabouts of various bottles have emerged, from tales of some being opened, shared and emptied in hotel bars to the destruction of a pair of Blake and Adami bottles in the 2011 Japanese earthquake. They appeared at auction sporadically: a Blake bottle sold in Glasgow in 1991 for £6,375, an Adami fetching £12,000 in London in 1996, and another Adami sold by Christie’s for $75,000 in the late 2000s.

After that, nothing – until 18 months ago, when the sale of a pair of Adami and Blake Macallans by Dubai Airport retailer Le Clos for $1.2m sparked a remarkable chain of events. Since then, and including that Dubai sale, nine bottles from cask #263 have been sold, including seven at auction, fetching a combined total of just over $9m. Four Blakes, three Adamis, last week’s Fine & Rare bottle and the previous record-holder, hand-painted by Irish artist Michael Dillon, which was sold for $1.2m by Christie’s in London last November.

A number of factors have conspired to push the prices of these bottles into the stratosphere, not least the explosive boom in interest in rare whisky that is occurring right now, especially in the Far East.

Collectors and investors are not only interested in Macallan – they have their eyes on Port Ellen, Brora and Dalmore; Karuizawa, Hanyu and Yamazaki too – but Macallan remains pre-eminent both for the prices it fetches and the sheer volume of its whisky on the secondary market. In fine wine terms, it is Château Lafite in a world where the other first growths don’t exist.

In fine wine terms, it is Château Lafite in a world where the other first growths don’t exist

The liquid in last week’s auction bottle is the same as that in the Blake, Adami and Dillon bottles, so why did it sell for almost $2m when a Blake bottle fetched only $800,000 at Bonhams in March?

The high profile of the Sotheby’s single-owner sale, billed as ‘The Ultimate Whisky Collection’, can only have helped, attracting bidders in large numbers to a sale that amassed total receipts of £7.6m (US$10m), along with the provenance of the bottle.

Provenance is vital because, behind the headlines of world records and million-dollar malts, the spectre of fake bottles looms. No questions have been raised over the probity of the 1926 Macallans sold in the past 18 months, but observers point to the regular appearance of other dubious bottles on online auction sites, and there are dark rumours of ‘pallet-loads’ of fake Macallan 30-year-old blue label bottles surfacing in China.

How long will the record last? It’s hard to think of another whisky that would command a similar price, unless an authenticated 19th-century bottle of Macallan was to emerge (as opposed to the numerous fakes that came out of Italy in the 2000s).

But then many thought the record would never be topped when an Adami bottle sold for $1.1m in October last year, or when the Dillon bottle fetched $1.2m a month or so later. The world’s first $2m bottle of whisky could be just around the corner. 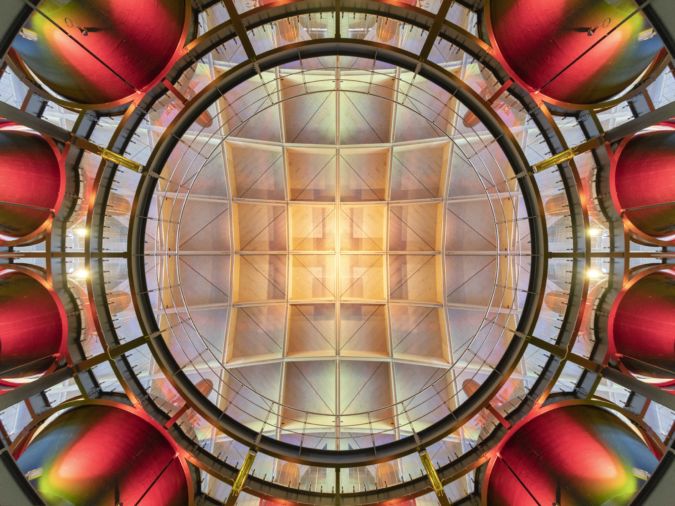