Madeira, fertile volcanic landscape of palm trees and bright flowers, is beautiful to visit but daunting to reach: since the runway just outside the capital, Funchal, was extended in 2000, planes land above the coastal road on an extension supported by rows of pillars. It looked terribly impressive as we flew past, admiring the picturesque sunlit cliffs and dense tree cover of an island whose name, after all, means ‘wood’ in Portuguese. Then the plane performed a half-circle and I realised that that slender lip of concrete was our destination.

Still, the island is easier to access than it once was and the fragile ships that first put in here in the early 15th century would not have arrived, as I did, into a pretty coastal town with mosaic pavements and excellent restaurants. Nor would they have been able to replenish themselves with the island’s unusual namesake wine, although that wasn’t long in coming.

Shakespeare claimed that Edward IV had his brother, the Duke of Clarence, drowned in a butt of Malmsey, the sweetest style of Madeira (Malmsey is another name for Malvasia). Clarence died in 1478, less than 60 years after the island’s discovery, so it’s impressive that there were sufficient quantities already available in England’s palaces to murder a grown man. This may be Madeira’s first claim to fame: a royal warrant, if of a rather unconventional kind.

Never mind the difficulties of getting there: for centuries, Madeira’s mid-Atlantic location meant it was a key stop for the explorers who made inaccessible destinations a career choice. Christopher Columbus visited three times (and married a woman from the next island, Porto Santo); Captain Cook paused for supplies on his way to what turned out to be Australia. At Reid’s Palace, a grand pink hotel above the cliffs, the arrivals were carried up from the seafront in hammocks until the 1960s, which certainly puts a slightly flimsy runway into its proper context.

I walked around the extraordinary cathedral, no inch of it undecorated, built with the immense wealth that came from sugar – the ‘white gold’ that was the island’s first crop – swam in rock pools filled by the ocean, and hiked along levadas, man-made water channels, fringed with lush vegetation, that bring rain from the cloudy peaks to the dry lower slopes.

Rich and nutty, with a quietly insistent acidity and often, a whiff of spice, Madeira is liquid resilience

But it was the wine that captured my imagination: rich and nutty, with a quietly insistent acidity and often, a whiff of spice, Madeira is liquid resilience: no other beverage responds quite so well to the discomfort of a long voyage, the barrels rolling around in hot holds. (For a long time, vinhos da roda (‘rolled wine’), taken on a return journey across the equator simply to cure the wine, were highly fashionable: the natural wines of the early moderns). And the wines’ popularity helped ensure the island’s resilience, too: when Portugal conquered Brazil and shifted sugar production there, Madeira saved the economy.

I visited several wineries but never quite got over the strangeness. ‘It’s 35 degrees on the top floor,’ Chris Blandy told me as we walked around the Blandy’s winery, a former Franciscan monastery in the island’s capital, Funchal: ‘We’ve had people faint up there!’ I thought of the delicate European vintages, so lovingly stored in cool, cobwebbed darkness, and felt a sneaking admiration for the toughness of a drink that so successfully turns adversity to advantage.

At Barbeito – an exciting winery a mere three generations old, in a hilltop iron box with superb views down towards the picturesque fishing village of Câmara de Lobos – I was offered a taste of Malvasia Cândida. The wine, understated yet rich, tasting of cinnamon, nutmeg, dark wood and honey, is a frasqueira – a single vintage, aged at least 20 years; this was a 1993, from a pre-phylloxera relic rediscovered at the farm and restaurant Fajã dos Padres which, as the name suggests, was once a Jesuit property. Maybe they made the wine that drowned poor Clarence, in which case there would be worse ways to go.

When we ate at Fajã dos Padres, which is at the foot of Cabo Girão, Europe’s highest cliff, the vegetables came from a few feet away on the land side; the lapas, tasty, chewy limpets served in the shell with butter, garlic and lemon, from a similar distance offshore.

The island may be small but it has the gastronomic flair of a 600-year-old trading post with soils and climate that can grow almost anything. Simple restaurants serve slabs of grilled espada, black scabbardfish which live at immense depths in the waters around the island, or espetadas, skewers of grilled beef hung on great iron hooks by each plate, which went well with a local blend of Tempranillo (known here as Aragonez) and Touriga Nacional made by Tito Brazão of Barbusano, high above the northern coast.

Wine lists in the smarter restaurants range the Portuguese mainland, from Alentejo (a rich two-site red, Cortes de Cima Dois Terroirs, in Kampo, a smart central Funchal bistro) to the northern border with Spain, where a Quinta de Santiago Alvarinho, all pears and steel, matched beautifully with delicate scallops at William restaurant. That was in Reid’s, with a panoramic view of Funchal tilting gently towards the water, white houses and blue Atlantic seeming to reflect the cloud and sky above.

At Galáxia Skyfood, in the Savoy Palace hotel, we ate a miniaturised panelo, the traditional banquet of stewed pork and sweet potato slathered on cabbage leaves that follows the annual pig-killing, updated as a cabbage-wrapped taco and accompanied by sangria – really good sangria, nothing like the awful stuff we all drank at parties when young – from a traditional wicker garrafao that, sommelier André Silva told us, had belonged to his mother. I sipped his sangria, homemade in every sense, and followed it with a Verdelho Madeira, and found comfort in endurance: the volcanic grit of the landscape, the wine – and the people.

by Nick Room AND IWSC JUDGES 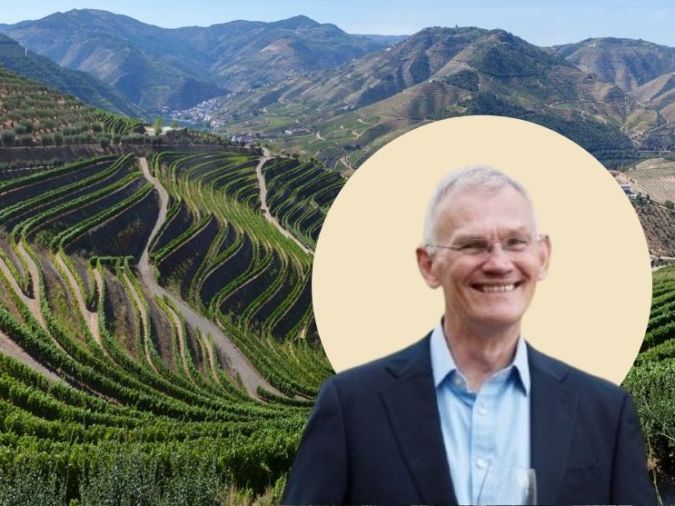 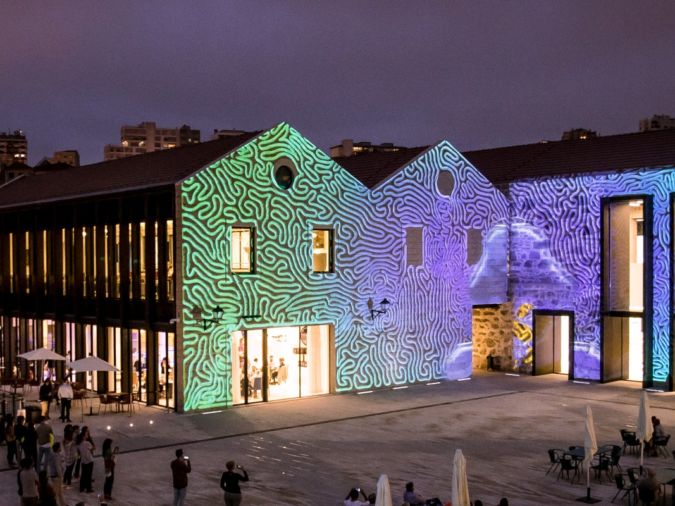