This is a tale of two machines, one taking up a quarter of our kitchen counter, the other the length of my forearm. The first makes coffee, the second preserves wine, and one of these services is a lot more important to me than the other. When I went to university, my psychiatrist father gave me the coffee percolator from his consulting rooms. The pot was a Thermos, so you could – and I did – make ten cups of hair-frazzlingly strong coffee and keep it warm all day. In a culture of nonstop popping round to friends’ rooms for a cuppa, everyone knew who had availed themselves of my hospitality: their every atom would jangle audibly for hours. I care deeply about wine preservation, but that concern generally ends with the pop of the cork.

When it comes to food and drink, I prefer to play the field

Still: the Coravin is an ingenious contraption, sucking up wine via a needle inserted through the closure, the resulting space then filled with inert gas to prevent oxidisation, so that the rest of the bottle can await another occasion. This device has proved invaluable for bars and restaurants that want to offer fine wines by the glass but can’t justify opening a top-tier cuvée just to serve one or two discerning customers; before Coravin, either they offered matches for a tasting menu or they sold those wines exclusively by the bottle. But a bottle, at dinner, is a big commitment: as with marriage, it’s a question of forsaking all others. When it comes to food and drink, I prefer to play the field.

Home, however, is another matter. My husband and I are two enthusiastic consumers who don’t have nearly as many nights off alcohol as we should. What on earth would I do with a Coravin?

There was no such issue with the Sage Oracle Touch. I was already the person who thought nothing of a 40-minute trip into town just to buy coffee beans from Monmouth, because their Covent Garden shop makes me happy. The wooden man in their window was once part of a quartet of carved figures queuing for a bakery, housed in Neal’s Yard, round the corner. If you put 10p in the slot, a ‘sold out’ sign appeared in the bakery window; each figure made an outraged movement until the last one turned and spat water at the mug who’d paid for this show. As a small child, I adored that spectacle, and it pleases me to be reminded of it as I queue… although if, one day, there should turn out to be no coffee left to buy, I too might spit with outrage.

The Coravin took me longer to love. My knowledge that machines are implicated in coffee production doesn’t detract from the poetry of the final drink: whether or not the harvest is mechanised, there’s the roasting and the water-boiling, usually followed by a simple stovetop espresso-maker or a percolator like my father’s. The £2,000 of stainless steel caffeine dispensation currently gleaming on my countertop is a jump, but not a philosophical one. Wine, however, we like to think of as natural, even when it’s not so-called natural wine. Rather than dwell on triaging machines for sorting the grapes, temperature-controlled vats or bottling lines, we focus on hand picking, wild yeasts and barrel-ageing. A wine-preserving contraption was a reminder that sentimentality, like oxygen, should be excluded from wine appreciation where possible.

So, on an evening when my husband, Craig, announced he’d sourced squeakingly fresh sea bass and was planning to stuff them with a mixture of pomegranate, celery and walnuts (his adaptation of a recipe by the wonderful Diana Henry), I decided to solve the ensuing wine dilemma by mechanical means. Two Pinot Gris, Domaine Weinbach’s Clos des Capucins and Les Jardins by Domaine Ostertag, both 2018s from Alsace, were the lead candidates, but which? The dish, while delicious, was undeniably strange; the wines only lightly familiar.

Out came the Coravin (a Model Eleven), its edge lit blue to reassure me that the battery was charged and the gas canister full. I pushed the needle down until its enclosing shield embraced the Weinbach’s long, slender neck, set it to serve a sip (rather than a glass) and tipped: that blue line softened to green. Nothing happened. Irritated, I tipped a little further, and with a gentle hiss, the wine flowed. A sip turned out to be generous: around 75ml, ideal for comparing the more austere, stony Ostertag with the honey and spice in the Weinbach. The former made a great apéritif; the latter saved my status as the in-house sommelier. And the rest of the Ostertag went back, technically unopened, into the fridge.

That’s the evenings taken care of; in the mornings, my beans are ground to my exact specification then turned into espresso, long black, flat white, cappuccino… everything is customisable, from the grind to the foaminess of the milk, and everything is easy, sometimes ingeniously so: the little brush to clean the grind outlet has a magnet in its handle that lures the silver rotor (to tamp the fresh-ground powder) from its abode. The screen informs me when the water filter needs changing. After use, the milk wand shoots out steam, cleaning itself like a cat.

These machines have brought poetry to my life, and isn’t that just what a luxury of any kind is supposed to do?

Both these gadgets were supposed to be returned, of course: even the Coravin costs £500. But the pandemic got in the way – and they in turn made London lockdown bearable. Having spent much of 2020 in rural France, confinement in the city was a shock. The compensations were coffee better than most baristas can serve and the delight of experimenting with wines to match Craig’s culinary adventures, without emptying the cellar. These machines have brought poetry to my life, and isn’t that just what a luxury of any kind is supposed to do? Wine and coffee are mood enhancers as well as toxins. Both benefit from a little mechanical assistance and so, it turns out, do I. 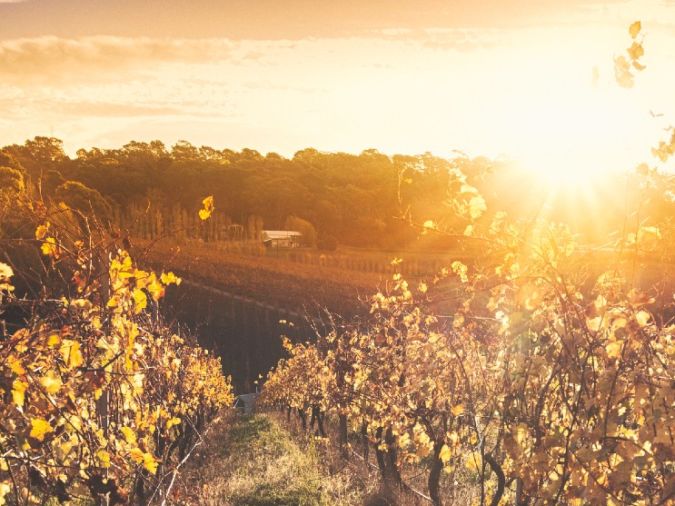 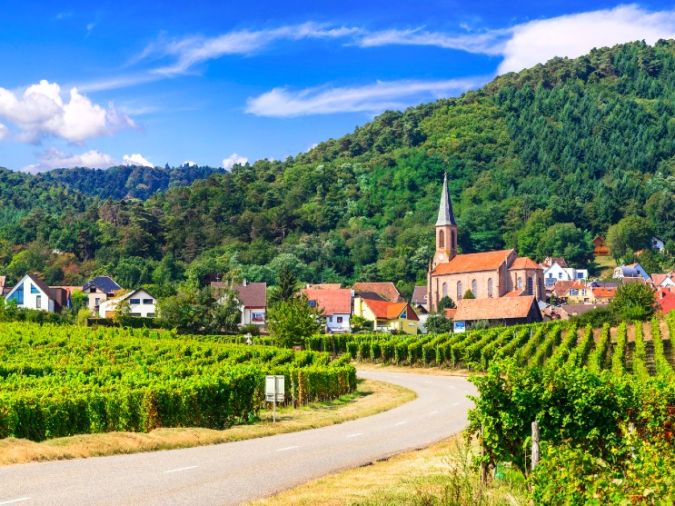