Britain’s lost vineyards aren’t know about by many. But for those who are aware of them, there are an exciting prospect if only they can be saved. Or in other words – it’s a ‘squeaky bum’ moment. That’s what Master of Wine Tim Wildman calls it. One of those knife-edge instances where it could all go to pot just as easily as not. On a hillside rowed with vines in the English countryside, Wildman is clutching a bottle of bubblegum-pink fizz on which a colourful label has been hastily taped. It’s his first taste (and ours, by proximity, via Instagram video) in many weeks of the Lost in a Field ‘Frolic’ Pétillant Naturel (Pet Nat). He bottled it last December and it is made entirely from English heritage varieties. Most excitingly of all, it also contains the fruit of his so-called ‘lost vineyards’.

A post shared by We are….Lost in a Field (@lost_in_a_field)

‘Will it be fizzy? How will it taste? Will it be not-s**t?’ Wildman asks the camera, an apprehensive sigh escaping his lips. He pops the crown cap with a bottle opener. A rush of foam bubbles over the side. He pours a little into a travel coffee mug. ‘Oh, that’s good!’ He takes a sip, clearly pleased. ‘It’s Fanta!’

That Wildman’s first-ever English Pet Nat is ‘not-s**t’ is significant, and not just because it demonstrates that the now frequently maligned German crossed heritage varieties that once dominated Great Britain’s wine-scape can produce delicious Pet Nat, a popular style of ‘natural’ sparkling that’s a rare fish in the rapidly expanding sea of traditional-method British bubbles. Its significance runs deeper than that.

The Lost in a Field label has kickstarted a search and rescue of Britain’s abandoned and neglected heritage varieties. It is a return to the Burgundian model of farming – namely small plots tended by grower winemakers working from garden sheds and garages – that is, Wildman says, ‘a stark contrast to the modern era [of English wine], with its large-scale brands based on Champagne wine styles and corporate business models.’

Lost in a Field, despite its modernity (colourful label, pink perkiness, Fanta-esque drinkability and whimsical name), is a tangible link to British wine’s past and lost vineyards. It’s also a hopeful glimpse into its future, one where diversity and creativity flourish in the face of the ever-increasing number of new plantings of Champagne varieties. A future where these lost vineyards could perhaps be recovered.

‘There is absolutely a danger of homogeneity, and we have the terroir and the talent to diversify the offering of English and Welsh wine,’ says Sarah Abbott MW, the founder of wine communications and consulting business, Swirl Wine Group, and co-founder of The Old Vine Conference. ‘Tim Wildman’s project is important and timely.’

None of this was on Wildman’s mind when he set out to make a Pet Nat on his home turf in May 2021. A Master of Wine who has worked on all sides of the industry, Wildman expected the process to be as straightforward as buying grapes and working from a shared winery, similar to the set-up for his Astro Bunny Pet Nat, a label he’s been making from his part-time home in South Australia since 2014.

Wildman knew he wanted to make his Pet Nat from English heritage varieties – those cool climate-loving, specially bred, German cross varieties planted throughout England’s modern wine revival during the second half of the 20th century: varieties like Seyval Blanc, Huxelrebe, Reichensteiner, Schönburger and Madeleine Angevine for whites, and Dornfelder, Rondo and Regent for reds. ‘I had a hunch that using these heritage varieties would be the best way to make interesting, aromatic and delicious Pet Nat,’ he says.

He contacted – or tried to contact – over 200 vineyards that were originally planted with these varieties, and stumbled upon several abandoned or neglected vineyards in the process. But from the 200, he says, ‘I eventually ended up finding just two with commercial quantities to sell me.’ And by ‘commercial quantities’, he means just a couple of tonnes each.

Wildman was well aware of the rapid growth taking place in his nation’s wine industry. Vine plantings have more than doubled in Britain in the past eight years, with a 70 percent increase in the last five years alone. The new plantings are almost entirely comprised of Chardonnay, Pinot Noir and Pinot Meunier, bound for the production of Britain’s most celebrated style: traditional method English sparkling wine. Smatterings of other non-Champagne varieties still exist – some at well-established wine estates and as components of highly successful wines. However, the speed and extent to which Britain’s heritage varieties are vanishing surprised him.

Some of these varieties literally don’t exist anymore, they are extinct. They’re the dodos, the dinosaurs of wine

‘Some of these varieties literally don’t exist anymore, they are extinct. They’re the dodos, the dinosaurs of wine.’ He adds, ‘The nurseries don’t have them anymore, and field grafting in England is very challenging; It’s not like in the warmer climates where they can do it easily. So, the Madeleine Angevine that’s planted in England, for example, is the last.’

In order to make the English Pet Nat he envisioned, Wildman faced a decision. ‘It was pretty clear that if I wanted to secure a future source of heritage varieties fruit for my Pet Nat project then my only option was to help restore some of the lost and abandoned vineyards I had discovered.’ What had started out as a search for grapes would become a quest to rescue a unique part of Britain’s cultural and viticultural heritage.

‘I spent about two months in spring last year digging around on the internet finding planting records,’ says Wildman. ‘And then basically in the end, I was sitting at my computer on Google Maps trying to see if I could spot a vineyard.’

Wildman then spent a month traversing the English and Welsh countryside, list of vineyards in hand. ‘I’d do a part of a county every day. I’d have three or four potential addresses where there had been a vineyard 20 to 30 years ago.’ After two months of what Wildman calls ‘detective work’, knocking on doors and climbing over fences, he found about eight abandoned vineyards. And of the eight, three were beyond help – too dead to be revived and almost entirely overgrown – and two were in the process of being sold. It left Wildman with three vineyards, in which a total of 20 heritage varieties are planted.

The first, located in Hampshire, is a 3/4-acre plot planted in 1978 to eight varieties. The second, in Devon, is an acre of 12 varieties (of which Wildman says 500 vines remain), planted in 1993. It’s the third vineyard that makes Wildman most giddy.

Located in North Wales, the property (now a horse farm), which was planted to vines in 2012, has one acre with eight varieties, and two separate acres of terraced vineyards on steep, 35-degree slopes planted to the red variety, Rondo. The vineyards are south-facing, allowing them maximum sunshine. The soil is dark, well-draining slate (which contributes to the magic of highly prized cool climate wines in regions like Germany’s Mosel), a rarity in Britain.

‘All those factors mean that you’ll have that phenomenal effect where you’re producing something right on the edge of viability,’ Wildman says. ‘And that edge is where you find the greatest quality.’ But Wildman also believes that Rondo isn’t the right variety for the site. For all his passion in preserving Britain’s past, he’s not dogmatic.

‘If a vineyard, however old, is in the wrong place, is diseased, is not performing well, then it shouldn’t be preserved out of sentiment,’ says Abbott. Wildman has no qualms about replanting a site as special as North Wales with more suitable eastern French varieties like Pinot Noir, Trousseau and Gamay, and is passionate about the vineyard’s potential for greatness.

‘Sometimes in your life you see something and you have an emotional response. [Even with] everything I’ve learned about wine over the past 30 years, I looked at that site and I thought, “this could be the most famous single-vineyard for table wine in Britain.”’

Wildman enlisted the help of his longtime friend, Darcy Gander, who is one of the UK’s leading viticulturists and a former co-owner of vineyard management company Vine-Works, who now runs his own Bee Tree Vineyard in East Sussex. As soon as the pair sat down to calculate the cost of the vineyards’ restorations, the figures didn’t add up.

‘We have a project here which would cost us £246,000 over three years, but would only earn us £10,000 a year,’ Wildman says. They considered several options for raising the funds, including a television show, but they all felt too corporate. ‘We said, “well, what if we had no money? How would that look?” And then suddenly, you start coming up with these grassroots ideas, and it just feels right.’ Enter the Lost Vineyard Preservation Society.

Wildman is building what he calls ‘a three-pronged strategy to make this madness work’: crowdfunding, collaborations with the UK wine trade, and involvement of local community and clubs. He is brimming with ideas for the ‘society’, which will be open to the public and wine trade: they range from hosting Harvest Tea Parties to hands-on experiences like summer Lost Under the Stars vineyard camps and winter Pruning Parties; from initiatives like Sponsor a Sheep (for weed control) to Hire a Falconer (for pest control).

‘I’m also hoping that by getting the story of the Lost Vineyards out there, it may encourage other people who have similar vineyards to come forward,’ adds Wildman.

In the meantime, Wildman has a yet another project on the go, where he will sell traditional method sparkling bottles of unsold stock entirely from now-defunct vineyards, under his new label, Lark and Folly.

‘I was driving around on my Indiana Jones quest to find lost vineyards and I started unearthing these incredible lost parcels of really interesting wine,’ he says. ‘I’m going to start with 1,000 bottles of each. The oldest one is a 1996 Somerset sparkling Pinot Noir.’ The wines, which will be sold online direct to consumers, are an opportunity for wine lovers to experience a taste of Britain’s past.

‘Tim is showing vision and leadership in his project, and it undoubtedly contributes to the diversity and creativity that is present in English wine, and that has been in the shadow of the “We’re as good as Champagne, you know” sparkling story,’ says Abbott.

That story is still in its opening chapter. But despite its relative youth, British wine still has unique history, heritage and culture. The Lost Vineyard Project is a reminder not to erase it or to be ashamed, but instead to cherish it.

‘This is our cultural legacy,’ says Wildman. ‘This is the story of the start of the modern English wine industry. It was done by hobbyists, dreamers, obsessives; passionate people who often just planted a vineyard in the garden. Whether you believe that’s worth defending and maintaining depends on how passionate you are about these things, but I think that it’s pretty special.’

Find out more about Lost in a Field’s Frolic Pet Nat at lostinafield.com. Lark & Folly will be released in time for Christmas. 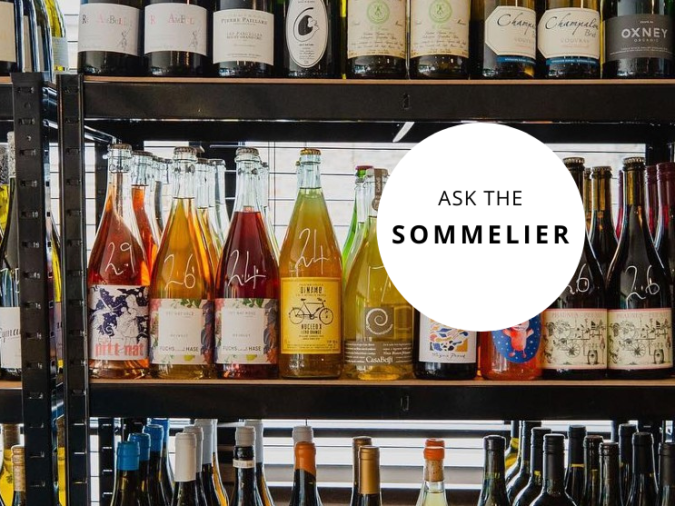 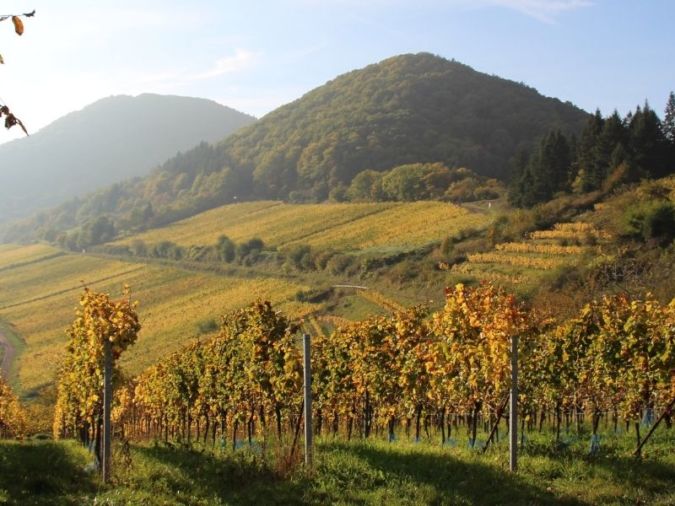 Terroirs: the wine bar that changed how we drink and dine