Berlin’s creativity is written on the wall – literally, with street art at every turn. Since the fall of the actual wall, tens of thousands of creatives from all genres have flocked here, and it’s easy to see why, from the low living costs and thriving counterculture, to its strategic geographic location as a gateway to the West.

Thronging with museums and cultural landmarks, with its troubled history and wild nightlife, there is a conceptual openness and a rebellious, innovative spirit that pervades throughout, making it unlike anywhere else. As a result, Berlin’s food scene is now also undergoing a revolution, moving as fast as a techno beat thanks to a fervent group of bright-eyed chefs and eco-minded food producers. Some of whom have even formed a group, Die Gemeinschaft, an organisation of Berlin chefs, farmers, cheesemakers et al, who maintain that good food is culture just as much as visual or performance arts.

For a snapshot, head to Winterfeldtplatz Market on Wednesdays and Saturdays and check out the burgeoning talent – from Knäckezeit and its creative range of crispbreads designed by husband-and-wife team the Herolds, to Max Hesse and his lip-smacking fruit brandy aperitif Lokal, made with quince, apple, pears, and herbs from the Black Forest. Then stop by BRLO Brewhouse for a glass of its experimental beers – chosen by top chefs, such as Tim Raue, as a pairing option on the restaurant menu. Meanwhile, artisanal bakeries never looked as stylish (or tasted as good) as Aera, Zeit für Brot and Keit.

Even the doner kebab has had a creative makeover at Doyum, with its homemade crispy flatbread and shaved veg layered with a punchy garlic sauce and slivers of tender lamb – Aussie-born Dov Selby will likely take you here on a food tour (forkandwalktoursberlin.com). But for the full immersion into creative Berlin eating, also try these eateries below.

In the thumping heart of Kreuzberg you’ll find a pair of highly trained chefs who are on a mission to elevate the humble chip. Meet Kajo Hiesel and Vladislav Gachyn, formerly at Three Michelin-starred Wolfsburg restaurant Aqua, who now fry, and fry again (the second time in beef fat), before loading up their chips with a surprisingly intricate range of toppings, such as ‘Odessa’s Beeten’ (a homage to Vladi’s Ukranian roots) with red beets, dill, horseradish, cabbage and carrot slaw. Wash it down with a shot of vodka.
goldies-berlin.de

It’s all about dumplings at Häppies in leafy Prenzlauer Berg. But forget grandma’s stodgy, old-school versions – these are a much lighter affair made with bao dough, stuffed and topped with an array of globally-inspired flavours. Smiley owner Uli Marschner went skiing in Austria and fell in love with the dumplings there, but has now re-worked them for a more health-conscious, diverse crowd. There are seven savoury dumplings and three sweet, such as the popular Bärbel, filled with goat cheese, honey, and walnuts, then topped with a rocket and cashew nut pesto and dried cranberries.
haeppiesberlin.de

Paris meets Shanghai at The Golden Phoenix, in the smart Berlin district of Wilmersdorf. Opened by celebrated local chef Duc Ngo, a Vietnam refugee who arrived in Berlin aged six, it applies French technique to Chinese classics, which are given a modern twist. The wild boar siu mai is particularly trip-worthy, scoffed by a mix of Berlin westsiders and clued-up guests staying at the equally seductive Provocateur Hotel, where the restaurant is located. To drink? Excellent cocktails and minerally German whites.
goldenphoenix.berlin

There are few boundaries in Berlin and that includes when breakfast is served, which is all day every day at the city’s first restaurant dedicated to ‘the most important meal’. Launched by three top industry professionals and self-confessed ‘breakfast champions’ Maximiliane Wetzel, Martin Pöller and Lukas Mann, Frühstück 3000 offers a deliciously creative interpretation of breakfast classics and seasonal specials in its central Schöneberg setting. Think French toast with sea buckthorn and orange, pea dumplings with mint yoghurt, or a crispy chicken and cheddar waffle, plus hand-roasted coffee, a perky wine list and cocktails galore.
fruehstueck3000.com

Also in Schöneberg, rule-breaking Bon Vivant offers cocktail pairing with your supper and weekend brunch. The vegetarian and vegan restaurant (which also includes the drinks in its vegan offering) opened in May 2019 and serves seasonal dishes sourced from local organic farms. Think starters such as tomatoes, saffron, bronze fennel and seaweed, paired rather inspiringly with a cocktail made with rosé, verjus and watermelon. Then there’s the location on the ground floor of an 1885-built ‘kachelhaus’ with its trademark glazed bricks, which is a draw in itself.
bonvivant.berlin

Italy meets Japan at this Berlin newcomer housed in the swanky Rocco Forte-owned Hotel de Rome in the Mitte district. The brainchild of Hamburg-based celebrity chef Tim Mälzer, it offers Italian specialities refined with Japanese umami (his words), such as melon toro with wasabi and tuna belly, and beef tartare with tramezzini (Italian finger sandwiches) and spicy Japanese Tonkatsu sauce – it works, honest. Don’t miss the ‘spaghetti’ ice cream with umeboshi strawberry sauce, served with ceremony at the table. To match? Wine and sake from a classy list.
roccofortehotels.com

Tim Raue opened his eponymous restaurant in 2010 and it’s still one of the hottest tickets in town. Forget the rather drab location, near iconic Checkpoint Charlie, it’s the inspirational Two Michelin-starred Asian-inspired food you’ve come for – or to be more exact, the blend of Japanese product perfection, Thai aromatics, and Chinese kitchen philosophy. The pikeperch sangohachi with sauerkraut beurre blanc is something else, while the suckling pig with yellow pea and dashi is worth the flight alone. Add to that a thrilling wine list from head sommelier Raphael Reichardt and his team, and a trip here will go down in the annals.
tim-raue.com

A drink lover’s guide to Amsterdam 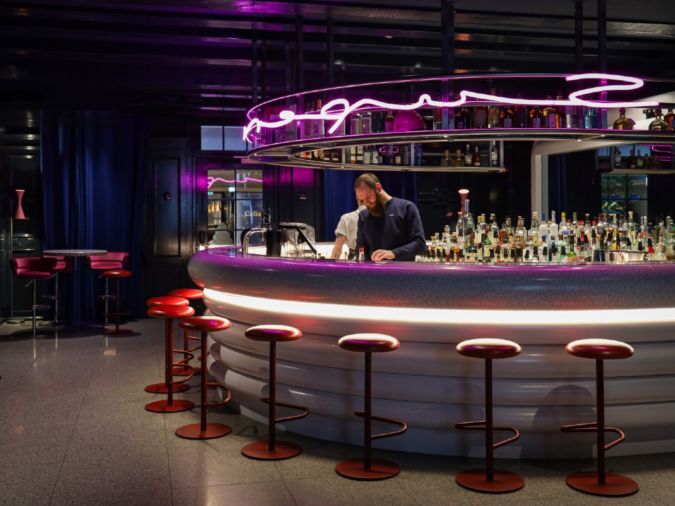 The hottest new restaurants to visit in September 2022 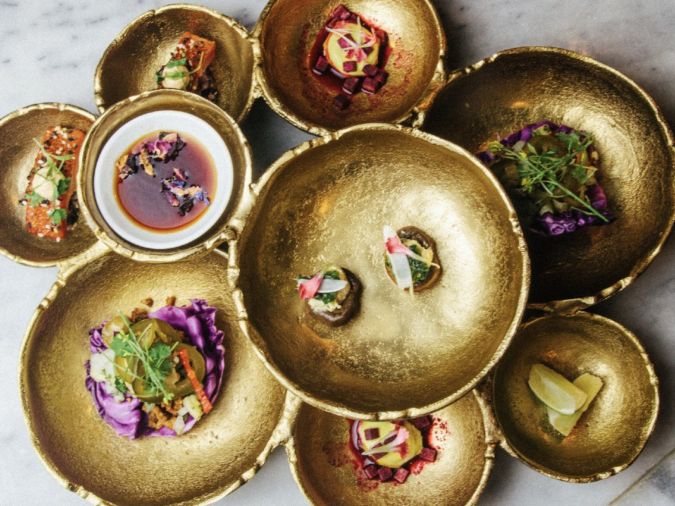 The death of the tasting menu 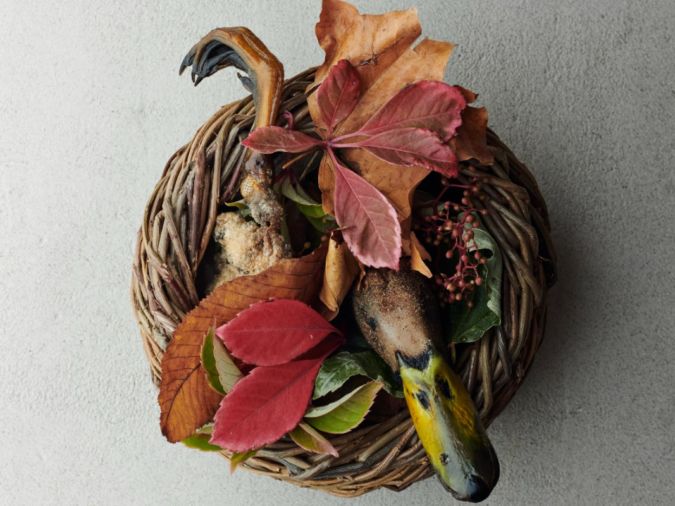 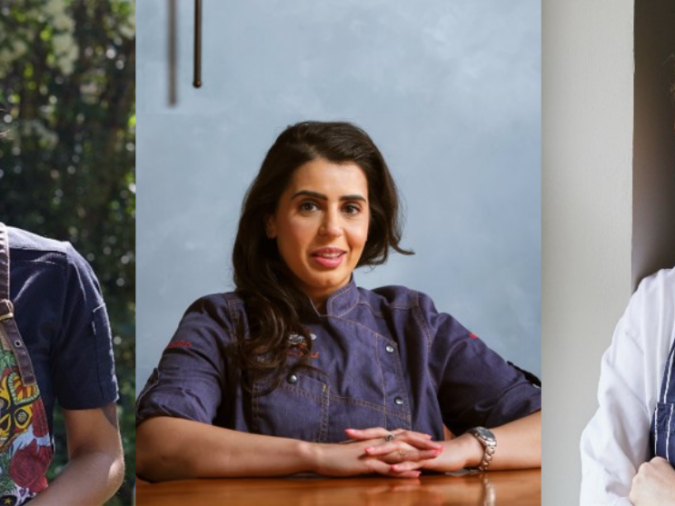