The Maremma region in Southern Tuscany is a destination for the Italy connoisseur. Uncrowded – by Tuscan standards –  the scenery is a mix of vine-covered slopes and hill towns which have been sculpted from volcanic rock since Etruscan times. Yet according to Fattoria Le Pupille owner Elisabetta Geppetti, Maremma was considered a distinctly inferior terroir when she planted the Saffredi vineyard in 1985.

“Many of my friends believed I was foolish to invest in the Maremma region,” she says. “Maremma was not considered a premium winegrowing area in the 1980s, but I wanted to prove otherwise.” Geppetti was only 20 years old when she inherited Fattoria Le Pupille, an estate in the province of Grosseto. After her father-in-law, Alfredo Gentili, decided that she was ready to take the reigns, Geppetti enlarged the estate to the current 75 hectares and founded Maremma’s first Super Tuscan, the Cabernet-based Saffredi.

Maremma was not considered a premium winegrowing area in the 1980s, but I wanted to prove otherwise

The first vintage was produced in 1987 – 14 hectares of Cabernet Sauvignon, Merlot and Petit Verdot were planted on sandstone soils, benefiting from the cooling influence of the Tyrrhenian sea, just a few kilometres away. Historically, there was also some Syrah and Alicante Bousche planted, but it was removed in favour of Petit Verdot. However, Geppetti believes that Saffredi’s success owes as much to its human resources, as it does to the terroir.

“We have been fortunate to work with several esteemed winemakers, including Giacomo Tachis – the oenologist behind Sassicaia and Tignanello – Riccardo Cotarella, Christian Le Sommer and, since 2012, Luca D’Attoma,” she explains. D’Attoma was responsible for making the 30th vintage of Saffredi, a milestone which Geppetti and her two children are proud to celebrate. In November 2019, a panel of journalists, sommeliers and buyers were invited to taste 20 vintages of Saffredi – the oldest vintage being 1992 and the youngest 2017. There were some gaps: vintages such as 1987, 1990 and 1997 are no longer available.

Nevertheless, it was a remarkable tasting. Twenty vintages and four winemakers across almost two decades ensured that  every bottle had an individual story to tell. Maremma’s seminal Super Tuscan has evolved from a wine which included 5-10% of Syrah or Alicante Bousche, to the modern incarnation where Cabernet Sauvignon plays a stronger (60%) role. 2012 was the first vintage to exclude those two varieties altogether; younger vintages, tasted blind, suggest Pauillac rather than Super Tuscan. Aromas of cassis, cedar wood and plum fill the glass, with a tannic structure which is firm and Medoc-like, rather than exotically ripe or silky. Older vintages, particularly bottles where Cabernet Sauvignon only constituted 50% of the final blend, have a more exotic, spicy characteristic. The vintage variation is fascinating.

However, there is a homogeneity which runs through Saffredi. Despite the expected differences, not one bottle tasted was over-extracted. It is a wine made with restraint: the oak is always well-integrated (18 months in 80% new French barrique). Winemaker Luca D’Attoma remarks that Saffredi has come to be known as the Lafite of Tuscany. That may be overstating the case, but it is undeniably an important part of Maremma’s viticultural landscape.

Fattoria le Pupille is exclusively imported into the UK by Armit Wines. 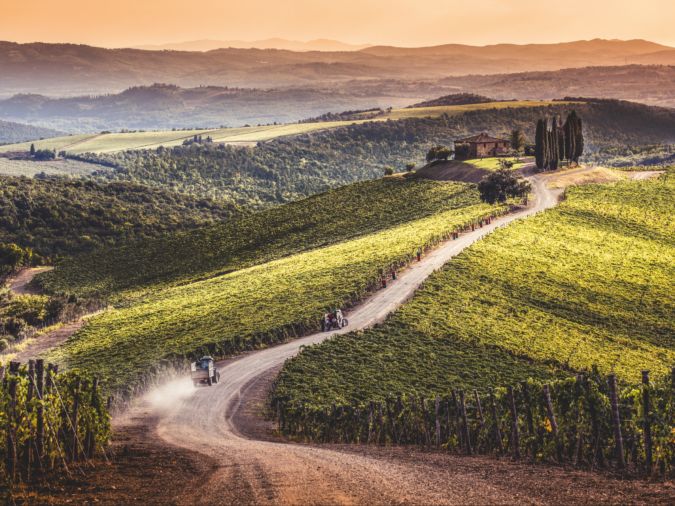