There is nothing new about wine from the Spanish islands. Our English ancestors – most famously Shakespeare’s bibulous knight Sir John Falstaff – liked nothing so much as a “cup of Canary” or “sack”, as they called Spanish fortifed wine 400 years ago

It’s taken a good few centuries, though, for the wines to be recognised in the same breath as those from the mainland. But today the Canaries, as well as the Mediterranean Balearic Islands, are rapidly gaining a reputation for the quality of their bright and elegant wines, made from a kaleidoscope of exotic – and ancient – grape varieties. Malvasía, Albillo Criollo (a Canarian strain of Albillo) and Verdelho are familiar, but Marmajuelo, Gual, Vijariego Blanco, Negramoll, Listán Blanco, Listán Negro, Listán Gacho, Malvasía Negro, Listán Prieto, Vijariego Negro, and Baboso don’t exactly trip off the tongue. Discovering their individual qualities, though, is a worthwhile exercise.

The Canaries are rapidly gaining a reputation for their bright and elegant wines, made from a kaleidoscope of exotic grape varieties

First, the Canaries. There are no less than 11 official appellations across six of the seven islands. Many of the vineyards are extreme: those perched at 1600m on Tenerife’s Mount Teide are the highest in Europe. In Lanzarote, the vines are planted in some of the most inhospitable terrain on earth. It’s remarkable that Malvasia vines planted in this volcanic ash survive, still more so produce astonishing wines. To combat the drought-like conditions, single vines are planted in stone-rimmed shallow pits of lava ash – mini craters in the lunar landscape. These capture precious rain and humidity in a kind of drip-fed life-support system.

Lanzarote does not have a monopoly on unusual viticulture. On Tenerife, the archipelago’s biggest island, vines are braided horizontally – the ‘cordón trenzado’ method – a system which produces small and intensely-flavoured grapes.

The Canarian climate is tourist-friendly sub-topical. With around 28C the highest average temperature, it’s not super hot, but unlike classic wine regions where the temperature drops at night, preserving freshness and balance in the wine, here the diurnal dip is no more than a light sigh. Yet what the wines lack in acidity they make up for in a brightness and salinity – characteristics typical of volcanic soils.

Volcanic soil is well-drained and dark, absorbing the heat and yielding wines which can have a distinctly savoury character. In the whites this manifests itself through nutty flavours, umami and fennel, while the reds bring culinary herbs to mind. Typical Canary reds show hints of sage, thyme, bayleaf and even basil, a certain dry sapidity and that welcome touch of salinity.

Because phylloxera has never afflicted the islands, the vines are ungrafted. Whites are dominated by Malvasia and Listan Blanco (Sherry’s Palomino). There are some pretty, perfumed dry examples of Malvasia, while Listán Blanco expresses the Canary typicité in savoury, herbal characters. Other whites include Vijariego and Marmajuelo.

As for the reds, the drought-resistant Listán Prieto, which has disappeared in Castilla-La-Mancha, retains a foothold in the Canaries (it also flourished in the Spanish colonies in the Americas, where it travelled in the 16th century). It makes lightish wines which are a faithful conduit of the volcanic soil. Baboso Negro, from Portugal, gives deeper coloured wines.

Tenerife is home to wineries with established reputations such as Envinate and Suertes del Marques, but also new talent. On La Palma, the furthest west of the archipelago, Victoria Torres has taken over from her father, vinifying parcels of vines from growers scattered across this small and remote island. Her reds show a light and elegant touch, and she makes Listán Blanco in a semi-solera method with a nod to its sherry origin.

In the Balearics, 2,500km to the east, the 4 Kilos winery on Mallorca is championing Callet. Just 130ha of this variety is planted in Spain, mostly in the Balearic Islands where winemaker Francesc Grimalt says the iron-rich clay (known locally as Call Vermell) give it most elegant expression. This thin-skinned grape has modest tannins and just sufficient acidity, so requires careful handing to maintain some tension. It’s quite earthy in character and oxidises easily, quickly evolving mature characters. It’s just another rare variety to challenge your pre-conceptions of Spanish wine. 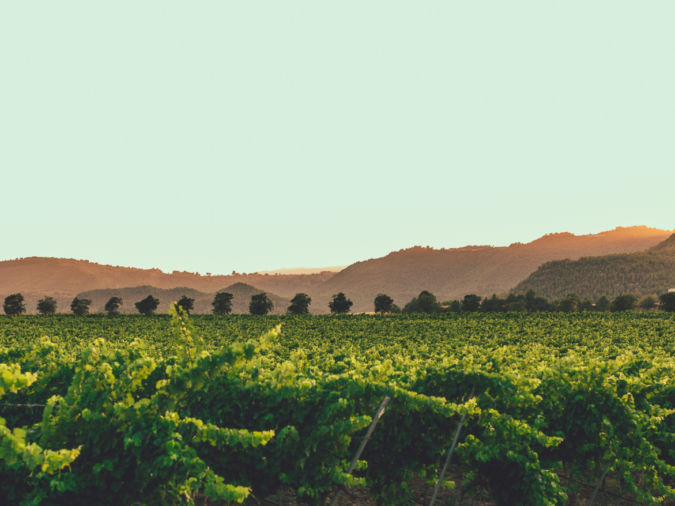