‘We’d found this old repurposed train station in San Francisco, and everyone was telling us it “wasn’t suited” and “wouldn’t work” for an art fair. And I guess we just made it work anyway.’

Perhaps that is something of an understatement when it comes to Art Market San Francisco (AMSF), a four-day annual event that attracts 30,000 art lovers and collectors to The Golden City each spring. Co-founder Max Fishko, a third-generation gallerist hailing from NYC, says that, somewhat unusually for a fair of this nature, they didn’t particularly need to start small.

‘Back in 2008, the art scene in San Francisco was absolutely thriving,’ he says. ‘Not only was there a large number of galleries working to very high standards, but the city itself was full of people who appreciated that art. What it was missing, from our perspective, was a significant fair that could bring all of that together. The galleries were enthusiastic from the outset, and we opened our first edition in 2009, with between 65 and 70 of them.’

That number has risen to almost 100 as AMSF heads into its ninth edition, accommodated within the stunningly cavernous Festival Pavilion at the Fort Mason Center, a short drive along the north coast from the Golden Gate Bridge.

Fishko – who additionally runs Art on Paper (NYC), Market Art + Design (Bridgehampton, NY), Seattle Art Fair and Texas Contemporary – credits the continued growth and success of the San Francisco offering to the city’s perfect storm of academia, creativity and wealth. ‘You’re looking at a lot of people who are creative here, a lot of important academic institutions, and a lot of people who have made their careers out of their creativity,’ he says. ‘So, adding all that together results in an ideal environment for galleries and artists to find support from collectors locally, in addition to those visiting from out of state, all of whom are buying regularly within the contemporary market.’

Andrew McClintock of Ever Gold [Projects] – a major gallery that has returned to AMSF every year for the past six years – concurs, noting that a new class of collector is emerging within the city. ‘My experience is that Max gets the elusive young Bay Area tech professionals in the doors of the fair who are ready to buy at the under-50K range. We’re meeting the demand of the new local clientele that makes up a growing part of our collector base. Other fairs in San Francisco and the art institutions that support them tend to alienate the very people whose attention they’re trying to captivate. That’s only deepening the divide between the old SF society and a new generation of collectors and philanthropists who are already running the Bay Area. As Bob Dylan said, the times they are a-changin’.’

First out of the (Golden) Gate

Although a small minority of galleries work within the modern art world, the fair largely exhibits works from the burgeoning contemporary art scene. Those artists range, of course, from the newly discovered to the well established

Grandson of noted architect and designer Alexander Girard, this LA-based visionary has received critical acclaim for his multiculturally influenced, dreamlike abstracts. AMSF tends to see his works sold out by the end of each edition, proof in gallerist Kimberly Johansson’s mind that collectors’ first impressions of contemporary art tend to be uniquely impactful.

‘Working the art fairs, I found it exciting to see so many people having the confidence to pull the trigger and follow their instincts so that they didn’t miss out when viewing an artist such as Girard for the first time, collecting work that is personally interesting versus being bound by conventional categories,’ she says. ‘[He sells out because] people feed off each other’s enthusiasm in the booth.’

Osaka-born and currently a resident of Berkeley, California, Miki makes sketches, paintings and sculptures that have captivated the Bay Area and beyond, with lush, ethereal watercolours that draw from Shinto traditions. Cult gallery founder Aimee Friberg notes that the works couldn’t be more in context with today’s challenges.

‘The fact that these shape-shifting “ghosts” or spirits in Miki’s work can take any form relates directly to this current cultural moment where the notion of non-binary space is addressed with gender fluidity, bi-racial identity and multiculturalism,’ she says. ‘Masako is an immigrant to the US from Japan, and I think this perspective of interconnectedness and empathy resonates with many people.’

New Yorker John Messinger has earned considerable acclaim for his photo tapestry art. Using thousands of photographs, he creates large-scale works that simultaneously delight as works of art in their own right while asking larger questions concerning the ubiquity of the photo in a digital-focused society. These abstract-within-abstract works, which add a notable element of contemporary three-dimensional interaction to traditional tapestry, currently fetch between $10,000 and $30,000 (£7,800–23,400), appearing in exhibitions, fairs and private collections across the US.

Born in Sichuan province, China, and currently living in the Netherlands, Zhuang Hong Yi is known for an attention to detail delivering beauty, sophistication and an effortless juxtaposition of influences from his homeland and a subtle western allure. Working in numerous formats, from paintings with ink and acrylic with rice paper to porcelain and wood sculpture, he has recently embraced a unique signature technique that sees his works of art change colour gently and warmly according to the position of the viewer. Those captivated by the colourscapes of works such as his Flowerbed series can expect to pay between $10,000 and $40,000 (£7,800–31,200).

The Banksy effect: the rising popularity of urban art 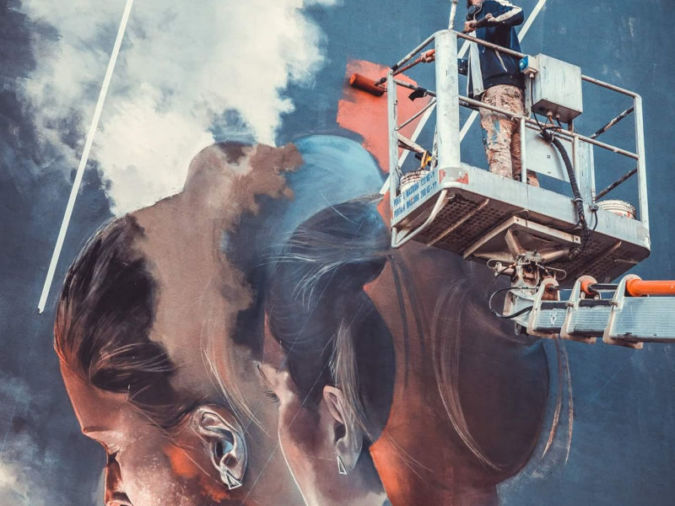 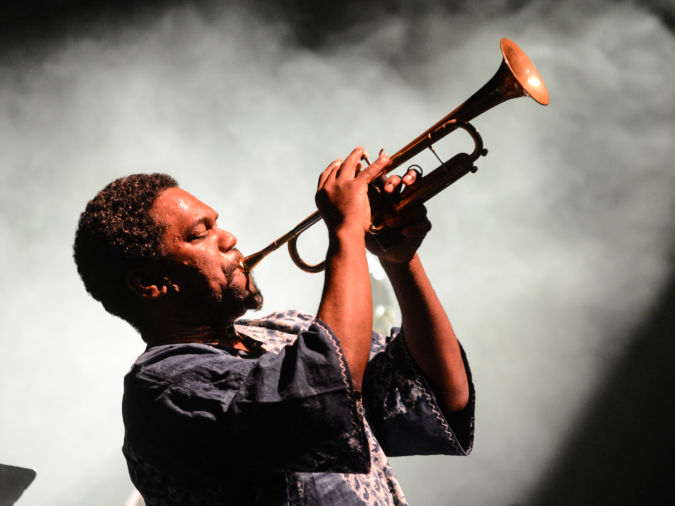