Peter Sisseck, owner of Ribera del Duero’s heralded Dominio de Pingus winery, is reflecting on his decision last year to invest in a new vinous venture in southern Spain. ‘I came to Spain [from Denmark] 30 years ago,’ he says, ‘and after the success of Pingus, people started asking me why I didn’t make a white wine too. I began looking around for somewhere to do just that, but I wasn’t that impressed with much of what I tasted.’ He pauses a moment for reflection, then continues. ‘I finally realised that I couldn’t see the wood for the trees. The greatest white wine of Spain, of course, is Fino.’

The idea that a sherry might be considered Spain’s premier white wine may surprise some. It’s not impossible, after all, to find a bottle of serviceable Fino – or its close cousin, Manzanilla – for under £6, and even the best-known brands rarely top out at much more than £10.

It wasn’t always this way. Over the course of the past century, sherry’s story has been one of riches to rags. Wines that once commanded similar premiums to top Bordeaux were relegated to the bargain basement shelf in supermarkets. The Jerezanos themselves were not initially concerned. While the prestige of their wines had been diluted, large bodegas were successfully selling vast quantities of sweet cream styles, albeit at rock-bottom prices. But the business model that had kept Jerez afloat since the end of the Second World War finally ran aground. To put it bluntly, the generation that bought all that sticky sherry was dying out. And as demand began to fall, vineyards across the region began to be uprooted. According to Jesus Barquin, co-owner of Equipo Navazos, the total planted area in the region dropped by around 35% from the historical average because the vineyards were no longer profitable.

Sherry producers faced an existential crisis, and the only viable response was to head for the high ground. The most enlightened wineries in the region began taking a leaf out of Champagne’s marketing textbook. Instead of focusing their marketing pitch on the consistency of non-vintage blends – a notion so prosaic that it puts even the most ardent wine lover to sleep – the Jerezanos are embracing innovation with a growing emphasis on single vineyards, boutique bottlings and vintage wines.

This apparently inventive streak had, in fact, been sitting under producers’ noses all along. An unexpected benefit of Jerez’s long commercial slumber was that producers had decades in which to stockpile wine in their soleras. So when the Jerez Consejo created a designation system for aged wines in 2000, producers began to see the commercial merits of releasing a steady trickle of these wines onto the market. And it wasn’t just the large players who got involved. A number of boutique bodegas, like Urium and Tradicion, came into being around the turn of the century with the specific aim of bottling VOS and VORs (with an average minimum age of 20 and 30 years respectively) amontillados, palo cortados, olorosos and PXs.

Like producers of grower Champagnes, these small-scale players have been raising sherry’s profile through an emphasis on bottling characterful, high-quality wines in restricted quantities. Having dipped their toes in the water with VOS and VORS wines, several producers were emboldened to release minuscule amounts of even older wines from single barrels that had long languished in forgotten corners. In the past year, Gonzalez Byass has released 100 bottles of a Moscatel from a barrel dedicated to Pope Pius X in 1903, and Barbadillo’s Versos 1891 Amontillado (see recommendations), also restricted to 100 bottles. A number of producers have even begun bottling single-vintage (or añada) wines, an increasingly popular diversion in a region whose calling card has long been multi-vintage blends.

Aged sherries occupy a more serious price point. It’s rare to get change from £20 for a half bottle of the younger wines, while the very rarest are often priced well north of £100. There’s a consensus that these are ‘the crown jewels of Jerez’, as Gonzalez Byass UK’s Martin Skelton puts it: ‘There’s a finite supply of these wines and they’ll become even more rare over time.’

‘They’re a steal’, echoes Barquin. ‘Some of our wines are close to 100 years of age – and all of them are at least 40 years old. They come from single casks. If you wanted to make these wines from scratch, you couldn’t afford to do it.’

The trend for single-barrel bottlings of aged sherries has been avidly explored by Equipo Navazos since its launch in 2007, but, says Barquin, ‘It only represents a very small percentage of what we do – most of our wines are driven by the importance of terroir’.

To understand the growing importance of terroir to many producers, you have to overturn any preconceived notions that the best wines of the region are driven by process (fortification, ageing under flor or oxidative ageing) rather than a sense of place. According to Ronan Sayburn MS, head of wine at London members’ club 67 Pall Mall, ‘There was so much fractional blending going on in Jerez that it eclipsed the character of the source. Now the talk is about top-end vineyards and how the very best wines are made from grapes grown there.’ All of which makes sense – historically, there was an understanding in the region that different vineyards created wines with specific characteristics. Macharnudo, which lies inland, for instance, was famed for its powerful amontillados, while Balbaina, which faces the Bay of Cadiz, was renowned for making delicate, precise Finos.

But it isn’t just vineyard-designated wines that are getting sherry buffs’ juices flowing. The earliest hints of a revival of interest in Finos and Manzanillas came with the arrival of en rama bottlings. Only lightly filtered, en ramas are as close as it gets to drinking these wines straight from the barrel. Take-up of these wines was so enthusiastic that what had once been a quasi-artisanal product is now part of every major bodega’s portfolio.

There’s been a steadily evolving trickle of new styles since then. Gonzalez Byass has had a huge critical hit with its Palmas range, launched in 2010. This collaboration between head winemaker Antonio Flores and a series of experts that has included five Masters of Wine (including, for full disclosure, the author of this piece) and three top journalists has resulted each year in a limited edition of four bottlings that follow the evolution of sherry from youthful Fino to mature Amontillado.

Equally, some bodegas have begun experimenting with unfortified wines aged under flor. These allow growers to play with lower yields and higher degrees of ripeness in the grapes, resulting in wines of greater weight and power as well as more varietal character. It’s thought that the Sherry Consejo will award these wines DO status in the near future, and other bodegas are now bottling añada Finos and Manzanillas, or dabbling in variations of bottlings that stretch the notion of a universal consistency of style.

It might seem premature to celebrate the revival of Jerez’s fortunes at the top end of the market. But while sherry’s siren song has long been heard by sommeliers and wine writers, there’s a growing belief that the allure of these wines is beginning to spread. ‘I feel that Champagne and sherry are very closely linked in terms of the way styles have evolved,’ says Richard Bray, fine wine specialist at London merchant Hedonism. ‘To me, it’s inevitable that once the message gets through that Jerez now offers something beyond consistency, there’ll be a corresponding growth in demand. That extra layer of detail that the region now offers is becoming part of the story and part of the enjoyment.’

Peter Sisseck and Château Rocheyron: a winemaker at the peak of his powers 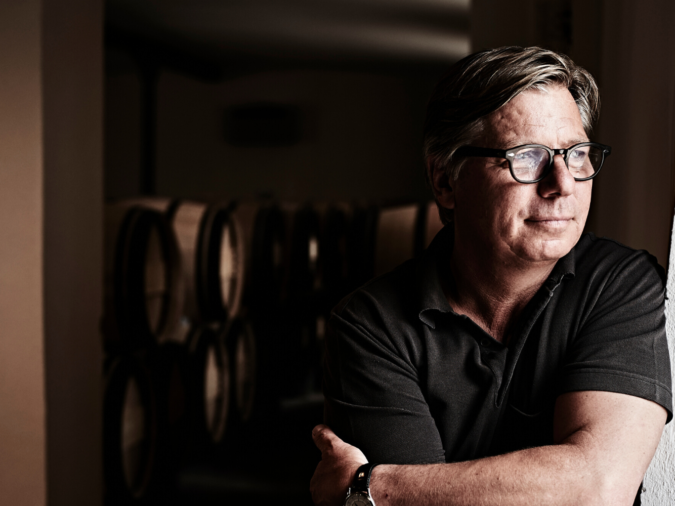 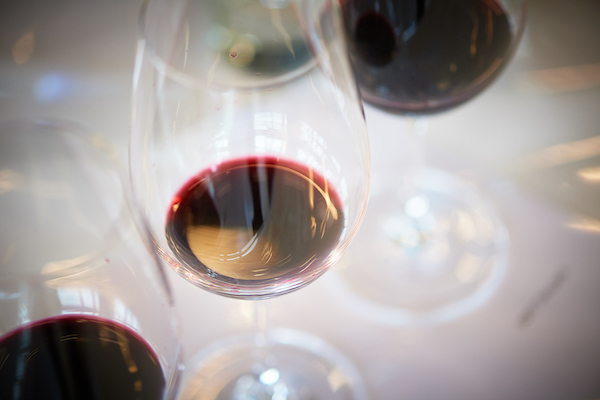