‘It’s highly likely that it will last much, much longer than one of my buildings,’ David Adjaye says of the decanter he’s designed to hold an incredibly rare 80-year-old malt whisky. Hefting the thing in your hand, you can see why. Satisfyingly weighty and dense, it’s like holding a prehistoric tool, one of those faceted flints a Neanderthal might use for scraping hides. ‘Isn’t it the best?’ the architect says with a grin. ‘Nice to hold was critical; that was day one. I’m a bit obsessed with tactility and texture.’

Sir David Adjaye, one of Britain’s most eminent architects, is responsible for monumental buildings in dozens of countries, works such as the Smithsonian National Museum of African American History and Culture (NMAAHC) in Washington DC, Princeton University Art Museum and the Nobel Peace Centre in Oslo. Two months ago he was given the go-ahead for London’s new £100m Holocaust memorial.

He works a lot in his father’s native Ghana – Adjaye himself was born in Tanzania but, his father being a diplomat, he grew up ‘all over the place’ – and in August he was confirmed as the architect for 101 new hospitals across the country. Adjaye Associates maintains offices in Ghana’s capital Accra, as well as London and New York.

The decanter and ‘mini-pavilion’ he’s designed for Gordon & MacPhail’s 80-year-old Glenlivet might seem an odd project for a global firm of such sweeping ambition. What does such a thing have in common with works of high seriousness like the NMAAHC or the Holocaust memorial?

Adjaye, who’s dressed in loose, charcoal-grey robes and looks like he’s wandered in from a sojourn in the wilderness rather than New Bond Street, laughs. ‘Oh, this was an extremely pleasurable project. Extreeeeeemely pleasurable,’ he says. He draws out the syllables as if he’s still savouring the ancient whisky we’ve just been sampling downstairs in the London HQ of Sotheby’s, which is auctioning one of the decanters next month.

But every project is personal, he adds, ‘because it’s done through the lens of my experiences and my sense of wanting to understand something, and make it understandable to other people.’ The Smithsonian and the decanter are different in scale, but similar in concept – ‘one is formed of billions of components, the other of maybe eight, but both are about narrative. I’m charged with editing and making a choice that informs your perception of something. All design is personal, even though it aspires to massive universal concerns about humanity.’

Adjaye loves materials and their possibilities. In New York’s Gagosian he’s just completed an art installation made of rammed earth, the same stuff he’s using to build a house in the Ghanaian village his father grew up in. Did he contemplate different materials for the Glenlivet project, or was it always going to be glass?

‘I’m interested in the context, in the geological family, the material geography of any project. For this it was oak, stags, earth, barrels, iron.’ So, the oak bars of the ‘pavilion’ are meant to be reminiscent of sunlight falling through trees, to ‘capture the magic of being in the forest and seeing this magnificent animal that appears and transfixes you – the stag.’ The decanter itself he agrees is ‘a tool, a meditative object; it’s meant to make you stop and explore what it is, to slow down.’

It’s not about seeing your name in lights but about moving the needle, contributing something that people remember

In terms of slowness, the gestation of Gordon & MacPhail Generations 80 Year Old has been glacial. It was distilled in at Glenlivet on 3 February 1940 and put into a 500-litre oak butt whose wood had been harvested in the US in the late 19th century, had held whiskey before being sent to Spain to age oloroso sherry, and thence to Scotland at the start of the Second World War. The whisky was bottled on 5 February 2020, the cask yielding 250 bottles. It’s the oldest whisky ever bottled, beating a Macallan 78 Year Old auctioned in autumn 2020.

Cask No 340 owes its survival to the doggedness of George Urquhart, whose father John had owned the distillery since 1915, and who believed in decades-long barrel-ageing at a time when it was seen as pointlessly uneconomical. It was ‘extraordinary foresight,’ managing director Ewen Mackintosh said. Whisky expert Charlie MacLean said it is ‘one of the finest malts I have ever encountered’.

It’s the whisky’s ‘epic duration’ that attracts and intrigues Adjaye, a whisky drinker but ‘not an obsessive’. He’s concerned with legacy: ‘It’s not about seeing your name in lights but about moving the needle, contributing something that people remember.’

He’s pretty certain that his sculpted decanter in its elegant cage of oak – which, he notes, has other echoes beyond Scottish forest, as ‘the original barrels were made by slaves’ – will endure.

‘Buildings now will last 25 years if you’re lucky. They aren’t required to last 300 years because the population explosion means we don’t know how cities are going to evolve. But this bottle and box is reduced down to the key elements. It’s about mechanisms and systems, and form and casting and blowing. It could last hundreds of years.’

Those collectors on Gordon & MacPhail’s waiting list would hope so. The company is not saying how much they are selling for (it’s ‘price on application only,’ I’m told), but one of the 250 decanters will be auctioned at Sotheby’s Hong Kong on 7 October, with an estimate of between £80,000 and £140,000. Bottles of similarly aged Glenlivets like the 1943 Private Collection, are listed by The Whisky Exchange at £40,000.

Adjaye, meanwhile, has hospitals to build, among other projects. But whisky still exerts its hold. ‘Would I like to design a distillery? Oh, good God, yes.’ 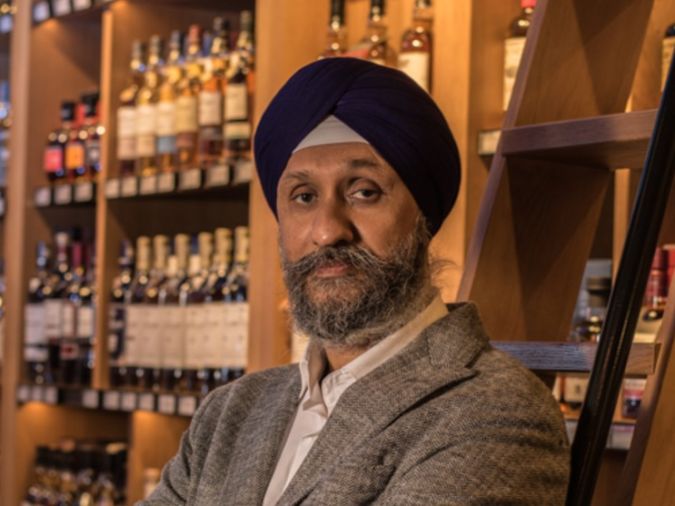 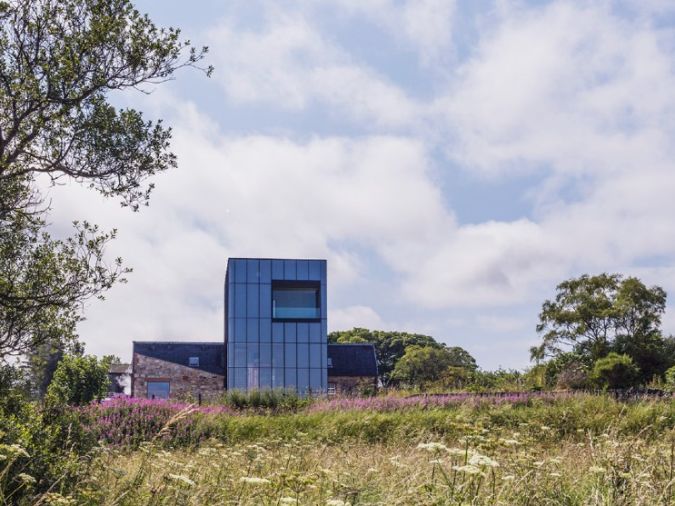