Philip II of Macedonia is a survivor, despite being assassinated at his daughter’s wedding, over 2,000 years ago. He was buried by his son, Alexander the Great, and then buried deeper, as protection from barbarians and graverobbers, with the result that his tomb was shielded but also misplaced: it was long believed to be at Edessa, 50km north of the modern village of Vergina, its actual location. In 1977, the archaeologist Manolis Andronicos excavated the complex; his account of realising what he had found reads like something from Indiana Jones and the Temple of Doom.

Of four royal graves, two had been so plundered that barely a trace survives. When I looked at the gold casket, weighing around 8kg, that held Philip’s remains and a wonderfully intricate crown of oak leaves and acorns, also pure gold, I marvelled that Philip’s wasn’t. But the whole edifice, complete with painted frieze above the entrance, is intact, its contents unharmed. Here, after a sleep of two millennia, was a re-emergence from the earth as miraculous as the reawakening of dormant vines after winter, a comparison that’s not so whimsical: this is a place where the cult of Dionysus, god of wine, was strong. In a sense, it still is.

In Thessaloniki, the country’s second biggest city, an hour’s drive across the Macedonian plain from Vergina and the nearby Naoussa wine region, they love wine. They may still be a little partial to international varieties such as Cabernet Sauvignon and Merlot, but they have plenty of local options, of which the most interesting I’ve tried is Xinomavro.

When I fell in love with this grape, in London about 15 years ago, I didn’t know that its name means ‘acid black’ or that it was the grape responsible for Naoussa winning the country’s first wine PDO (Protected Designation of Origin). I didn’t realise that it can be acidic and vegetal when mistreated – because the examples I tried, from Kir-Yanni, Foundi and Thymiopoulos, were rich and velvety, with a pronounced sun-dried tomato note. On this trip, I went to see all three of those winemakers, plus Kostis Dalamaras, who produces just 50,000 bottles – but what bottles. I zipped back and forth across that plain, watched beadily by Mount Olympus, home of the gods, hanging out on sunny patios with vineyard views while trying fragrant Malagousia (the local white) and an amazing range of Xinomavros.

Back in Thessaloniki, I stuck my head into every wine bar I saw: I particularly loved Alea, just beside the 3rd-century AD ruins of the Emperor Galerius’s palace, which are scattered as casually as a child’s building blocks in the centre of the city. Iannis Kalpachidies has owned and run Alea, with its scarlet walls and monochrome film stills and its superb line-up of local and international bottles, for the last 36 years. Much newer, and slicker, was Ble Vin, the ‘vin’ half of a bakery and wine complex near the old Kapani market with an enthusiastic young sommelier, Nikos Kyriakidis. He, like everyone else, seemed surprised that I only wanted to try local wines: my excitement at Mavroudi, Limnio and Mavrotragano, or the blend of local grapes called Rapsani, all new to me, may have seemed faintly ludicrous in one of the world’s oldest wine cultures.

In the tomb complex everything was dark, the finds eerily lit, but outside, the sun was hot – in mid-October. I sat on Apostolos Thymiopoulos’s veranda, tasting his glorious tawny 2013 Rosé de Xinomavro, a wine for which I would happily pay the £30 The Wine Society is asking, looking out across his vineyards, where a horse appeared to be wandering along the rows. Apostolos talked with passionate conviction about Xinomavro’s ageing potential, which I got to experience first-hand at Foundi: a 1999 red had just reached its peak, while its younger sibling still had some growing up to do, despite having been made in 2003.

Time works differently here: wines last longer, winters come later, and 2,000-year-old warriors return to remind us that being alive isn’t quite the position of power we like to believe. Philip’s grave is a fascinating testament to his importance – but also, to the enduring influence of the grape. Even the royal bones, partially cremated then wrapped and placed in that casket, had first been washed in wine.

The archaeological troves I saw included terracotta models of bunches of grapes from household shrines, as well as kraters, the urns in which wine and water were mixed (only barbarians drank their wine straight). There were drinking cups: kantharoi, skyphoi and the kylix, which often featured an interior decoration – one beautiful silver example had a head of Dionysus inside that only became visible when the cup was drained. I only know about nine words of Greek and six of them are drinking vessels.

‘Joy to those who sit and drink in groups of twenty, when the soul warms with compulsion soft and sweet…’ wrote the poet Bacchylides, in a song written for a King of Macedon a century before Philip was born. He was hymning the symposium, the famous drinking party of Ancient Greece. But he could be singing to us, now that we are allowed once more to hold drinking parties of our own and to gather to toast one another’s health – an ancient tradition that acts as reminder both of recent perils and of the longevity we all hope to achieve in this life, never mind the next. Great wine is still a heavenly gift, one that unites what is above and below us. We may no longer invoke Dionysus, but we clink glasses and hope that he hears. 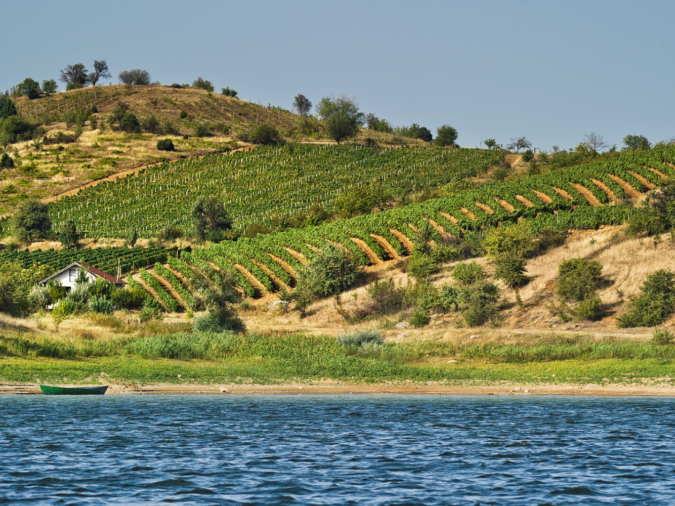 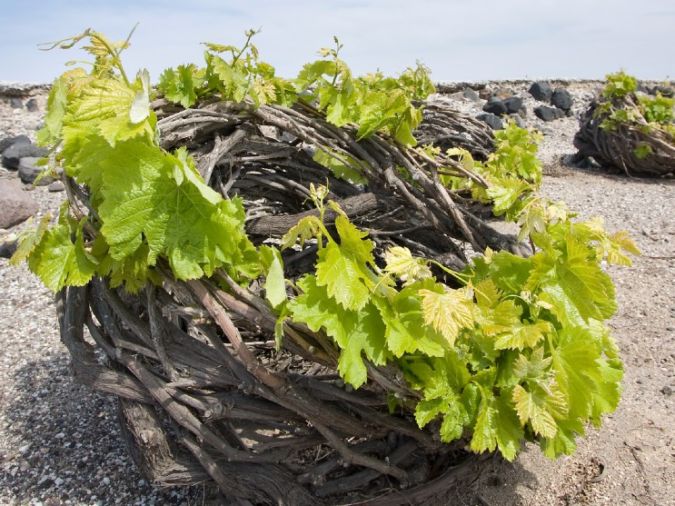 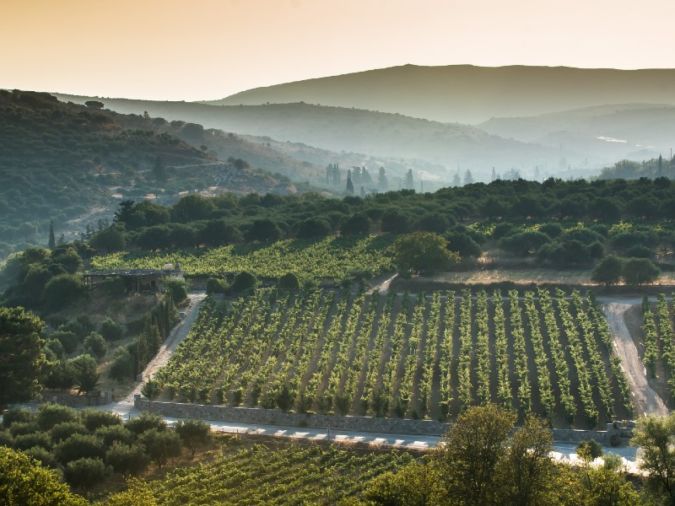 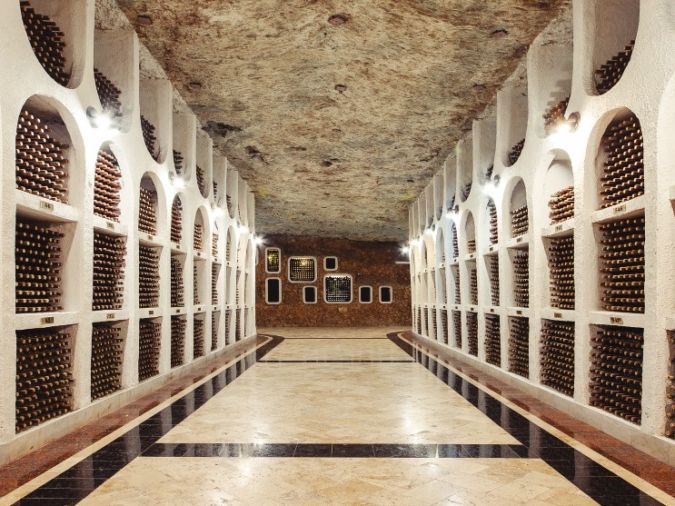