The countess died without heirs in 1985 and the Bianchini family heard the news that was to change their lives and the lives of their children – and grandchildren – forever. She had left her entire estate to Giuseppe, his wife Anna, son Paolo and daughter Lucia.

“It was a shock,” said Paolo Bianchini, now 60 and owner of Ciacci Piccolomini d’Aragona with his sister Lucia. “This wasn’t a simple gift but something huge. It was already a great property in Montalcino – but it was also a worry because of the size of the challenge. It was a big change for him and the family.”

The Bianchinis found themselves owners of a 220-hectare estate in the south-east of Montalcino, close to the medieval village of Castelnuovo dell’Abate and with the Orcia river to the south. The Ciacci family had bought it in 1877, but its palazzo dates back to the 17th century.

While the contessa had dreams of producing great wines (she had written, “Giuseppe knows exactly what I want and he has the philosophy to produce a great-quality winery”), there were only five hectares of vines. Giuseppe began planting in earnest for the rest of the decade, and the first vintage of Brunello he released was the 1990.

While inheriting the estate was a shock for his father, it made the sports-obsessed 25-year-old Paolo examine his priorities. When the news came, he was juggling his twin passions of football and cycling, trying to decide whether to go professional or not. “I was very young and I was not sure I wanted to be part of a team. I tried for a while to be part of a football team but it wasn’t for me.”

He joined his father at the winery in 1985 but couldn’t shake off the cycling bug and went professional with the Colnago team in 1990, working in the winery when he wasn’t competing. Then came the next bombshell: Giuseppe was diagnosed with cancer in 2002 and Paolo left cycling for good a year later. His father died in 2004. “Not a day goes by when I don’t think about him,” Paolo says below. “I wish I could have spent more time with him.”

He dedicated himself to the winery, but cycling is his “passion”, Bianchini says. He owns some 40 bikes and reckons his Pinarello and his Colnago the most expensive items he’s ever bought. One room of the winery is a cycling museum with a permanent exhibition of historic bikes – and this year they have dedicated a limited release of their 2016 Brunello di Montalcino to the Giro d’Italia, for the Montalcino stage that took place earlier this month.

For all the fairy-tale nature of the story, there is nothing fanciful about Bianchini’s attitude towards Ciacci Piccolomini d’Aragona. He is fully cognisant of the fact that his estate is a mere newcomer compared to the likes of Biondi-Santi, which he considers a giant of the region.

“The winery is still very young. We have a lot of work to do here for the next 20 or 30 years. One day my children might decide to expand to new terroirs, but before we do that we have to be 100% sure we are doing the right thing in Montalcino.”

It may sound trite, but I always wanted to be who I am. When I was a child I dreamed of working and living in the countryside – it made me feel free, and today I feel the same.

That time and age work things out. When I was young, I had no patience at all – now I understand that things can be very different with a bit more patience and time.

I ride my bike a lot, and I love running near my vineyards with my dog Rio (a very naughty Jack Russell).

I wish I was less sensitive.

The place where I live, very close to the estate in a little village called Castelnuovo dell’Abate (with a population of less than 200), is the most amazing place in the world. It’s a magical and peaceful place, and I would honestly choose to live here.

I would be a policeman. It’s a profession that has always charmed me – I’d like everyone to follow the rules.

I’d like to take my father’s watch. Failing that, one bottle of my Brunello di Montalcino. It’s the perfect companion for everywhere you go.

My wish is to have more time to spend with my loved ones.

If you were king of the world, what’s the first law you would enact?

I would lower taxes for less fortunate people and raise taxes for richer people.

My icons since I was a child: Sandro Pertini [the seventh president of Italy, 1978 to 1985], actors Sophia Loren and Roberto Benigni, and Diabolik [the legendary cartoon master thief who robs from the rich to give to the poor].

I haven’t discovered it yet.

Millefoglie cream cake. It is also the much-loved cake of choice for special events in my family – maybe that’s the reason why I never get tired of it.

Francesco Moser, the Italian former professional road bike racer. He is also a great winemaker [the Francesco Moser winery is in Trentino]. He’s a simple and honest man, and we share the same passions – wine and bikes.

“Drive safely”, to my children.

That my father passed away in February 2004, before our new cellar was completed at the beginning of 2005. I wish I could have spent more time with him. I am sure he would be very happy to see how the winery has grown up and developed. Not a day goes by where I don’t think about him.

10pm, more or less. I usually wake up very early.

I love Italian music. It depends on my mood, but I usually love to listen to pop music. I love Biagio Antonacci, Ligabue and Zucchero.

My tailor-made electric-blue suit, from Sartoria Toscana in Arezzo.

I love meat, and my favourite dish is Fiorentina steak (with a good glass of Brunello di Montalcino). I usually go to local, very simple family restaurants, where I know that the meat is excellent. I like places where I feel at home. Two of my favourites are Il Pozzo at Sant’Angelo in Colle, and AmorDivino at Asciano. 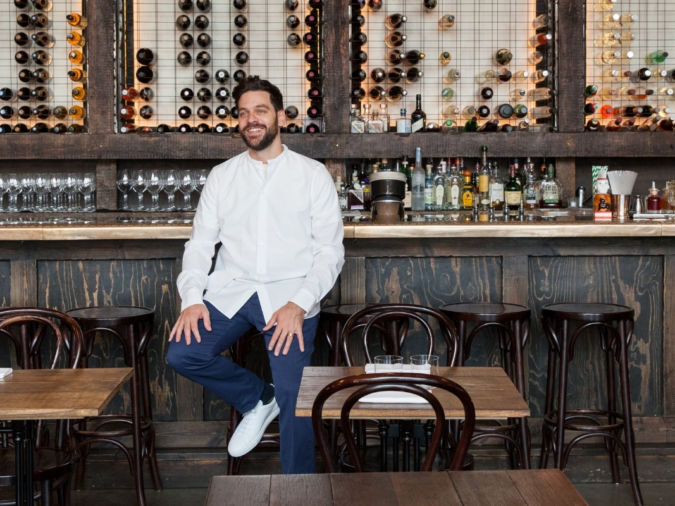 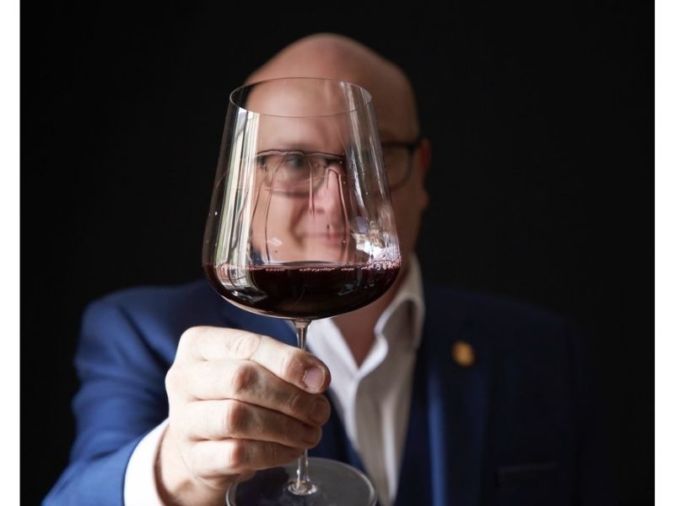