Matteo Lunelli has the look of a man on whom fortune has smiled. You could certainly say things are going well for him and the 120-year-old company he runs. Ferrari Trento, which makes traditional method sparkling wine in the Trentodoc appellation in northern Italy, has recently confirmed its sponsorship of Formula 1, so you’re going to see a lot of podiums – and drivers – drenched in top-quality Chardonnay for the next couple of years. For a brand that wants to get itself noticed, you couldn’t ask for better. F1 is growing in popularity in the US, a market Lunelli is keen on. Then there’s the Middle East, the Emirates, Asia…’We have immense visibility worldwide,’ he says.

Ferrari Trento is part of the Lunelli group, which owns a clutch of wineries: Tenuta Podernovo in Tuscany, Tenuta Castelbuono in Umbria and Bisol in Prosecco Superiore. Lunelli, 48, joined the family firm in 2001 as vice president and CEO, and became president in 2007.

There’s a pleasing symmetry about a wine called Ferrari being poured at the Grand Prix, but I wonder if it causes any confusion. Not really, Lunelli says. Indeed, Enzo Ferrari himself pointed out that the wine is always masculine and the car feminine: ‘Il Ferrari’ is a very different thing to ‘La Ferrari’. But in any case, ‘It’s important for us to distinguish our wine from the car.’ He also notes that Julio Ferrari (no relation to Enzo) founded his wine company in 1902, ‘many years before the car was launched.’

Lunelli’s obviously delighted with the F1 connection, in large part because of the opportunity it gives him to explain, especially when it comes to the difference between Trentodoc sparkling and Prosecco. ‘They are different grapes, different regions, different methods. There are thousands of denominations for still wines, but with sparkling, people expect it to be simpler. But it’s not.’ He lists the different Italian sparkling wines – Trentodoc, Prosecco, Franciacorta, Alta Langa – and the myriad different fizzes worldwide. ‘Perceptions are changing. It used to be that Champagne was the single mark of excellence, but people now realise it’s not one sun and a lot of satellites but a galaxy with stars of different size – and all are shining.’

Italian excellence is about tradition and craftsmanship linked to a particular region, products that evoke the beauty of Italy

Matteo Lunelli is a supremely modern type of wine executive. He doesn’t seem to have had a day off in his life: he went straight from university (where he read economics) to a traineeship at Goldman Sachs in New York, followed by Zurich and London. He was 24 and had a ‘fantastic’ time. Then in 2001 his uncle, then chair of Lunelli group, persuaded him to join the family firm, which he now runs with his cousin Camilla Lunelli, director of communications. An unfailingly charming and enthusiastic pair, they travel the world promoting their wines – constantly stressing their place in the pantheon of ‘Italian excellence’.

How does he define that? ‘It’s about tradition and craftsmanship linked to a particular region, products that evoke the beauty of Italy and the lifestyle in general.’ This year he’s chair of ECCIA, the Europe-wide group of luxury associations that includes Walpole in the UK, promoting Italian craftsmanship from yachts to interior design.

Cosmopolitans the world over have much in common, but only Italians can be citizens of the world and remain so resolutely of their country. Lunelli is cosmopolitan to his fingertips; he speaks excellent English and is at home in all the great capital cities. But he’s deeply Italian (he uses the phrase ‘Italian excellence’ a dozen times in our half-hour interview). In his personal tastes, he’s an aficionado of Italian art and design, especially the ‘modernity and creativity’ of the early 20th-century Futurist movement; one of his favourite artists is Fortunato Depero, whose 90-year-old design for the Campari bottle is still in production. We chat briefly about the movement’s extraordinary founder, Filippo Tommaso Marinetti, who wrote the Manifesto for Futurist Cooking and tried unsuccessfully to get pasta banned on the basis that it sapped the vitality of Tuscan men.

I don’t know how much pasta Lunelli eats, but he’s certainly in fine fettle, intent on educating the world in the richness and complexity of Italian wine and culture. The Formula 1 deal has galvanised Ferrari Trento, to the extent that they’re running short on wine and have had to cut allocations worldwide. And there’s nothing wrong with that. ‘It’s always good to have more demand than supply. It’s a nice problem to have.’ When fortune favours you, everything turns to your advantage.

To become a ski champion, a Formula 1 driver, and a superhero.

That the strong friendships you make when you are young and grow up with last forever and will always be unique.

In summer, I like hiking and cycling, especially with my mountain bike and skiing in winter. But since I often do not have time to do it, then I go on a Technogym Elliptical.

I am too much of a perfectionist.

Works of art. I’m an aficionado of Italian art and design – among the artists whose work I collect is the Futurist Fortunato Depero, whose 90-year-old design for the Campari bottle is still in production. He was born in Trentino so he’s a local artist – I have a lovely tapestry by him. I also like the work of the sculptor Arnaldo Pomodoro, and there are many others… the Futurist Umberto Boccioni, for example.

I would stay in Italy because I love my country. I would spend the winter in the Dolomites and summer on the Amalfi Coast and in Sardinia; the rest of the year I would spend between Milan and Venice.

I think I would still be an entrepreneur, maybe in the design and fashion sectors, because I love to create new initiatives and promote new brands.

A beautiful yacht to cross the sea.

Race in the Kitzbühel downhill run and participate in the Olympic games, but I guess that I’ll never make it as an athlete. Joking aside, I hope to see global awareness of the Trentodoc denomination.

I would urge all governments to strongly accelerate a policy to fight against global warming.

First of all, my best friends and my family. Then [the late Queen frontman] Freddy Mercury, to enjoy great music, and [Italian actor and comedian] Roberto Benigni for a great show.

Ice cream. I’d say cream and vanilla are my favourite flavours; and in Sicily, I adore granita.

People tell me I have very nice handwriting and that I am a good dancer, I feel the rhythm; sometimes I think I could be a good DJ.

When my son Riccardo and my daughter Vittoria were born.

People who have the courage to leave everything to dedicate their life to other people.

I overuse the words ‘excellence’ and ‘passion’, but I also believe they are the key to success.

Before joining my family business, I should have taken a sabbatical year. I joined Goldman Sachs at the age of 24, straight after university. I worked in New York, Zurich and London with incredibly talented people in an international environment when the sector was booming. It was very exciting and intense, but thinking about it now, I wonder if it would have been good to take a sabbatical. That’s impossible now, of course.

The Magic Flute by Mozart.

My grape-shaped cufflinks and my ski suit.

Locanda Margon [the Trento restaurant owned by the Lunelli group], in the middle of our vineyards, because I feel at home. 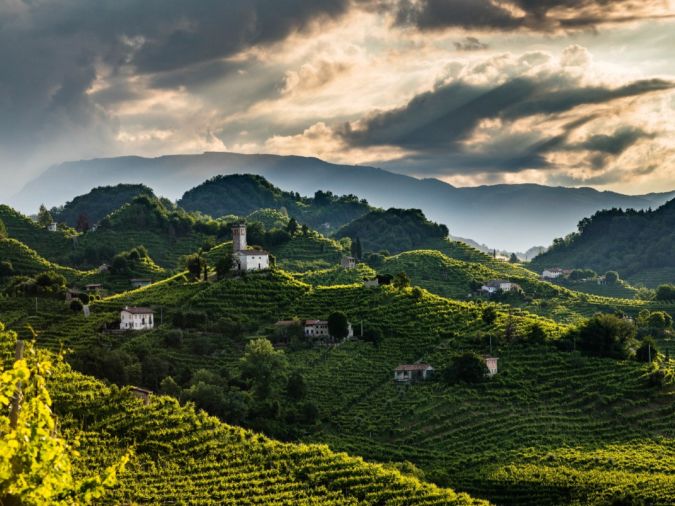 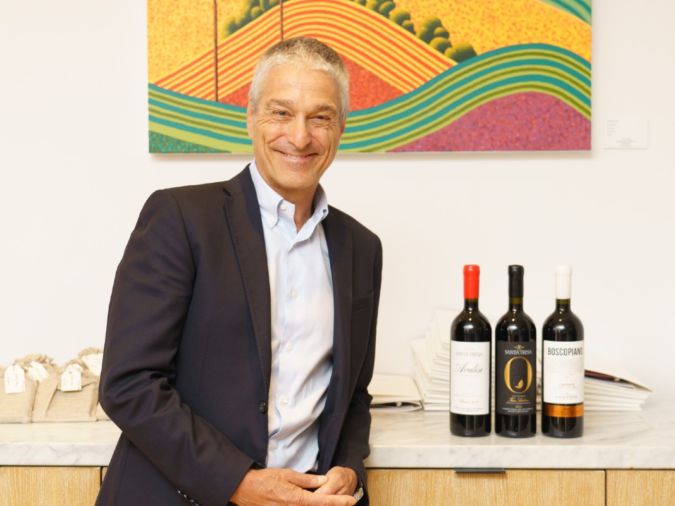 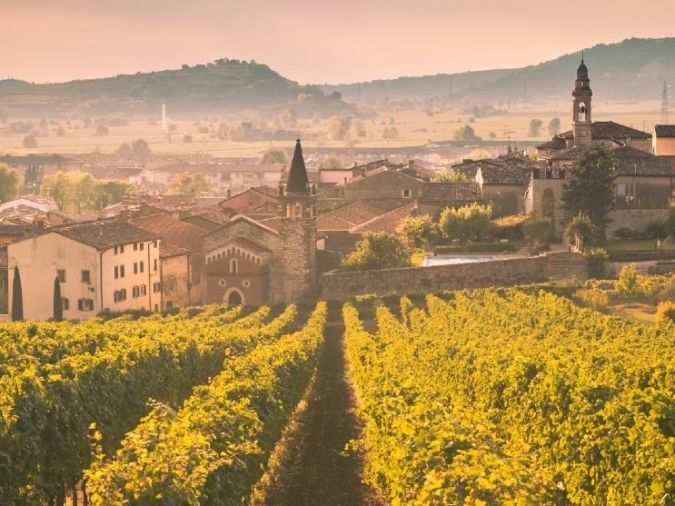