John Williams takes a sip of his pint, sits back and sighs. ‘That was pretty tiring,’ he says. We’re in the Churchill Arms in London’s Kensington, opposite Sally Clarke’s much-loved and long-established restaurant, where Williams and his wife Tori have just presented new and old vintages of Frog’s Leap to a small group of critics. Williams has fielded questions for a couple of hours and has had to be exhorted to take a mouthful of food every now and then.

Frog’s Leap, the Rutherford winery Williams and his friend Larry Turley founded 40 years ago, may well be the least-known best-known winery in Napa. Since the 1980s, Williams has been making wine in accordance with his mantra of ‘balance, restraint, and respect for terroir’, producing non-irrigated, organic Zinfandel, Cabernet, Merlot and Chardonnay (and Chenin Blanc and Sauvignon Blanc – half of his output is white).

Williams, 69, is a card-carrying member of that hippyish band of pioneers (he and Turley sold their motorcyles to set up the winery) that includes Warren Winiarski, the late John Shafer and Koerner Rombauer, Dan Duckhorn, and a host of other now-grizzled veterans. Frog’s Leap is headquartered in an old red barn in Rutherford, right across from the Beckstoffer Georges III vineyard. Williams (who grew up on a dairy farm in New York state) is steeped in Napa. ‘I’ve been given a front-row seat in the wine evolution of America,’ is how he puts it.

But while Frog’s Leap is known and respected, it’s certainly not a household name in the UK, its biggest export market and where it’s been continuously sold since 1988. By way of answer, Williams tells a story. ‘Up in Seattle there’s a store that sells great cheese, and there’s a sign in the window that says “World’s second-best macaroni and cheese”. I had a plateful and it’s very, very good, and I ask the owner, what’s the world’s best mac and cheese? And he says, “Quite frankly, I don’t think there’s anything better. But I don’t need the pressure.” I’m the same.’

The anecdote captures something of Williams’ slightly combative character. He’s proud of the fact that he marches to a different beat. He was burying manure-filled cow horns in 1988, long before biodynamics were fashionable (he’s not a Rudolf Steiner follower any more, he says); he’s been true to his ideas of balance, restraint and the primacy of terroir, and reiterated his belief in dry farming, throughout Napa’s years of excess. He’s now ‘blown away’ by the possibilities of concrete, and is maturing Zinfandel in tanks that he has specially commissioned (‘We’re the first to do this’).

It must be lonely to be out there ahead of the pack, always on your own, I suggest. ‘Those are the most exciting moments. When you know that you’re right, and that soon everyone else will discover that you’re right. It’s what feeds the soul.’

Williams says he’s always been most inspired by people ‘who are frustrated that their voice isn’t being heard’ – he namechecks such gurus as Amigo Bob Cantisano, who was championing organic farming in the 1970s, and Konstantin Frank, who was ridiculed for suggesting you could plant vitis vinifera in New York State. ‘He was a genius – he spoke nine languages and none of them was English.’ A lonely furrow, indeed.

I called Williams ‘hippyish’, but maybe that’s a misnomer. Sure he’s laid-back, but I don’t think he’s ever lost the cantankerousness of the dedicated pioneer. He won’t accept that Napa has finally moved on from the excess of the ’90s, for example: ‘Balance can only be restored to the wine by the growing process and that’s where I think we are still a little behind.’ He talks darkly of the widespread use of mechanical means to reduce alcohol. And it looks like his son Rory, who’s 37 and joined the winery in 2012, will be just as uncompromising. He has his own label, Calder, and now has full responsibility for winemaking and viticulture at Frog’s Leap. ‘He’s only interested in the vineyard,’ Williams Sr maintains. ‘He’s involved in the texture of wine.’

And when all’s said and done, only the wine matters. Over lunch we drank a 1986 Zinfandel, a ’92 Merlot and a ’95 Cabernet alongside the recent releases. You can see primacy of the terroir running through them, from the velvety texture of the old Cabernet (‘that is pure Rutherford dust’, Williams says) to the concentration and freshness of its modern counterpart. These are superlative, beautifully made wines and they elicit nods and murmurs of appreciation around the table. ‘I’m happy being the world’s second best Cab, because I don’t need the pressure or the marketing pizzazz or whatever that comes with being number one,’ Williams says. ‘I just want to make good wine.’ Maybe he is an old hippy after all.

I grew up in a small, very rural farming community where ambitions were traditionally limited to staying on the farm and within the confines of a school-church-township paradigm. I think I imagined something bigger, but I had no idea what it might be.

I walk my vineyards most mornings and swim most afternoons.

I am prone to sarcastic wit, which can be hurtful to others.

At one point I had to decide whether to buy a house or the newest model of a Bucher wine press, which would allow me to whole cluster press our Sauvignon Blanc on a cycle I could programme myself – I still have that press. We also spend $1200 to $1500 on a big white truffle (about the size of a small potato) every Christmas.

Well, I live in the Napa Valley, which is easily the most beautiful place on earth, but I occasionally indulge fantasies of packing up my library and moving to a remote cottage on a rugged coast, largely cut off from civilisation.

A well-equipped sailing vessel capable of navigating open waters. A desert island doesn’t fit in with my plans.

Complete integration of the next generation of our family into our family farm and winery.

Civility standards and a mandate for the common good.

First of all, my wife [Tori]. She can carry any conversation. Michelle and Barack Obama – just because. [Novelist and environmental activist] Wendell Berry and [rock climber, environmentalist and founder of clothing company Patagonia] Yvon Chouinard to lead the discussion of how we can intersect farming and business towards a more environmentally and socially-just society. Finally, [Domaine de la Romanée-Conti owner] Aubert de Villaine, so we could ask him to bring the wine.

I have no guilt in any pleasure.

I am always happiest at the dinner table with my family gathered.

I admire most people who bravely exhibit the courage of their conviction. Historically, people like Martin Luther King and Gandhi; in modern times, people like Greta Thunberg and Bernie Sanders; and in the wine world, people like [Finger Lakes pioneer] Dr. Konstantin Frank and Volker Eisele [Napa grape grower and land preservation champion who died in 2015].

Not drinking more of the world’s great wines while I could afford them. In those days, when I was poor, the great wines were always a luxury purchase but they were more affordable. In the modern age of wines, achieving cult status as collectibles and investments, the differential has shifted. Now, certain wines are no longer even possible for anyone to buy except the ultra-wealthy.

I am more of a reader than a listener, so I would pull out The Complete Collection of Calvin & Hobbes, which provides infinite wisdom.

A 20-year-old moth-eaten L.L.Bean sweater that I wear every morning on my vineyard walks.

In London: Sally Clarke’s; In Beaune: Ma Cuisine; In Napa: That’s a tough one, but I would say Auberge du Soleil for breakfast, Bistro Jeanty for lunch, Mustards for second lunch and Bottega for dinner makes a nice day of it.

Frog’s Leap wines are distributed in the UK by Justerini & Brooks. 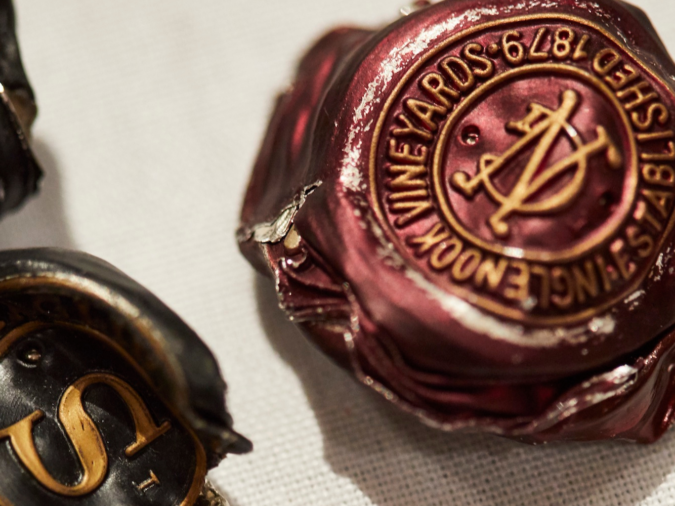 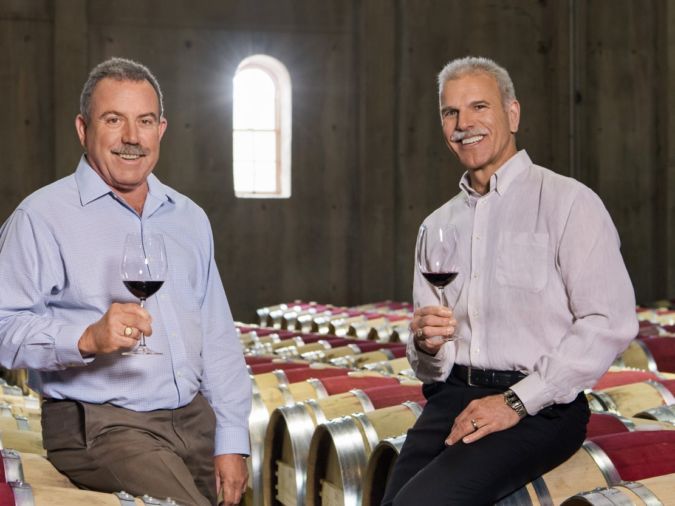