As surely as the moon dictates the tides on our shores, so supply and demand dictates the price of our drinks. Just ask the growers of Champagne where, for better or worse, the industry cartels that control the annual harvesting and yield are playing King Canute, doing their best to control the waves of the market and the resulting tide of over-supply. In a year when sales have fallen sharply – down 30 per cent in the first half of 2020, according to LVMH – the result is a lake of fizz bubbling away in the cellars of Aÿ and Epernay, and the spectre of falling prices.

Yet elsewhere in the world of drinks, surging demand has seen prices skyrocket. And splashing around most vigorously in the spume is Scotch whisky, the beneficiary of a tidal wave of demand, mixed with an – at best – inconsistent supply of mature spirit.

Ahead of the wave nearly 20 years ago, and back in a time when blended whisky made up over 98 per cent of the entire Scotch market, Diageo, the world’s biggest producer of Scotch, decided that some of its more esoteric single malts should be given some love.

A collection of rare whiskies, known as the Special Releases, was launched in 2001 to showcase well-known brands such as Talisker, but also malts from the likes of the then relatively unheard of Port Ellen and Brora, two much-lamented ‘lost’ distilleries which are being resurrected by Diageo in a £35m project. Over time, these annual releases became the not-to-be-missed event of the year in the whisky calendar.

Releasing a rare collection of single malts in the early part of the century was a brave move, and for this, Diageo should be lauded. I remember purchasing the third release Port Ellen in 2004 for under £100 in a supermarket, at a time when buying a single malt put you in the same geeky bracket as owning a Radiohead t-shirt or an Apple Mac computer. These early Port Ellen releases now sell at auction for 15 times their original price – a genuine reflection of both the quality and scarcity of the bottlings.

A price tag of under £100 for a limited-edition malt from a closed distillery seems like small fry for something so valuable in today’s market. Yet Diageo priced this for the demand, which was unsurprisingly low at the time (evidenced by the fact the bottle could be found in Waitrose). As consumers around the world turned on to rare malts, later releases in the following years were over-subscribed and had to be allocated to consumers via ballot.

Two decades after the first ‘Special Release’ collection, the latest batch has just been launched: eight single malts from Diageo’s portfolio of Scotch distilleries. The high-rolling malts of Port Ellen and Brora have, however, for the last couple of years been left out of the collection. Instead, the remaining stocks of Port Ellen and Brora are reserved for higher value releases, with Diageo taking the bold step of introducing a new annual series of high-end, limited edition single malt bottlings. Enter the ‘Prima & Ultima’ selection.

The bandwagon of Scotch is rolling hard, and rolling fast

The Special Release shouldn’t be dismissed as yesterday’s man though. Why? Because of the tide of demand – and because this natural inflation of the malt market is here to stay – and needs to be embraced.

Back in 2001, the Special Release was a special collection of malts that rarely saw the light of day. Today, the bandwagon of Scotch is rolling hard, and rolling fast, with high value releases flying around, supported by a voracious market. The result? Rocketing prices. Yet the Special Releases collection has – with the exception of some of the rarer malts that no longer appear – resolutely maintained its price point over two decades. Where once such bottles as the annual limited-edition Lagavulin 12-year-old were seen as expensive, now they are seen as an accessible, dare I say affordable, option for both those who want to drink interesting single malts, and those who want to collect interesting, limited-release bottlings.

Other producers have had to innovate to fill the gap left in their portfolio when the price of the core range went north. When Orkney distiller Highland Park‘s popular 18-year-old doubled in price, it did so through evolving innovation of limited-editions. Speyside’s Aberlour A’Bunadh, the marker for quality, well-priced, no-age-statement single malt, also went with the tide and now retails for almost double what it did a couple of years ago. An example of a criminally underpriced malt, corrected by market forces, it showed critics that they didn’t know how good they’d had it.

As distillers rush to re-set their prices in line with the rising tides, the one question remains. In an industry that historically sees generational ebb and flow of popularity and demand, what happens when the tide goes back out? 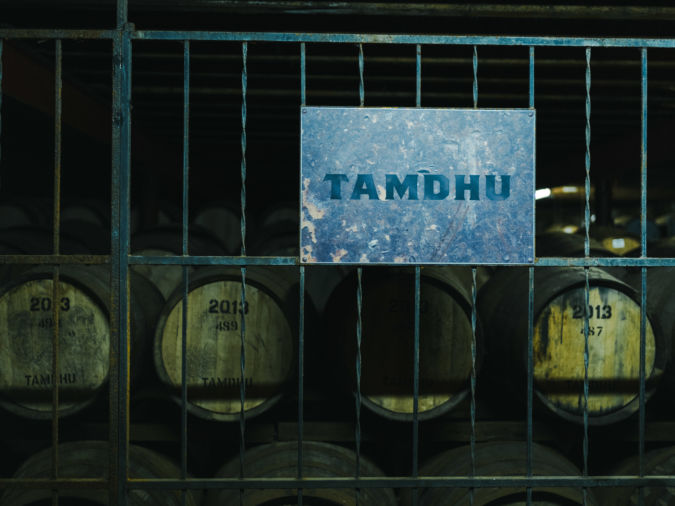