Hedonism Wines and Shop Cuvée are just two of the wine and spirits retailers stocking this liquid. Bars have recently got in on the action, too – adding it into Martinis and other cocktails on their menus. But we’re not talking about the latest luxury release in wine or spirits. Instead, it’s an olive oil that’s been taking the drinks industry by storm.

Launched at the beginning of 2021, Citizens of Soil is a single-estate olive oil from Greece using 100% Lianolia olives. The company is run by husband-and-wife team Michael and Sarah Vachon, who have brought Maria and Jim Amargiotakis’s olive oil to the UK and created a brand that champions quality oil as well as celebrating the hard work behind this everyday ingredient. With sustainability a central ethos for the Citizens of Soil brand, the olive oil comes in bottles with the option of subscribing for refill pouches. To look at it you wouldn’t necessarily know it’s olive oil – ‘which is kind of the point,’ says Michael Vachon.

It all began back in 2006, on a 5am ferry from Santorini to Crete. ‘I was meant to be getting on the ferry and I was lost in the dark,’ says Vachon of his first encounter with Maria Amargiotakis. ‘This woman could tell I wasn’t from around there and she asked if I was looking for the ferry to Crete – she just said, “Come with me”.’ Vachon ended up on a tour of the island with his new local guide, the start of a 15-year friendship that would lead to the founding of Citizens of Soil olive oil.

With his wife and business partner Sarah, Michael decided to bring Maria and Jim’s olive oil from Dafnes in Crete to UK soil – combining Sarah’s credentials as a marketing consultant for sustainable brands with his own impressive network as an IWSC judge and the co-founder of drinks distributor Maverick Drinks. While already an idea before Covid-19, lockdown gave the the Vachons a chance to sit down and really think through their business plan, spending lunch hours listening to olive oil podcasts, watching videos on YouTube and conducting market research.

It seems that if people aren’t eating or cooking with it, they’re drinking it

‘We asked dozens and dozens of people, “Do you have oil at home?” and every person said yes,’ explains Michael. But when they asked which brand was their favourite, nobody seemed to know. ‘It’s bonkers! It’s in your kitchen as a staple of your household and you pay less attention to it than anything else.’

While building a brand for the kitchen might have been the aim, it’s the adoption of this olive oil by the bar industry that’s been the pleasant outcome. The second-best bar in the world, Tayer + Elementary (run by bartending heavyweights Monica Berg and Alex Kratena) put Citizens of Soil on its menu in a cocktail simply named Olive Oil (with Tayer and Hepple Gin, and Noilly Prat vermouth), while the new Silverleaf bar at London’s Pan Pacific Hotel has featured it in its Verbena/Olive Oil cocktail made with Roka Gin, Axia Mastiha Dry, lemon verbena cordial and orange bitters. Even the home cocktail makers are at it: a few drops on top of a Garden Swift and Noilly Prat Martini is now my go-to serve. It seems that if people aren’t eating or cooking with it, they’re drinking it.

The fact that it’s been so well adopted by the drinks industry could be due to the fact that, in some ways, olive oil sits so closely to wine. And that becomes quite literal for Citizens of Soil, with the impressive proximity of Maria’s olive groves to neighbouring vines. ‘The only thing that separates them is a dirt road,’ Vachon says as he shows me a photo. ‘This shows how physically close they are,’ he says, ‘but also how the land is the same – it’s the same environment and the same climate. This photo is in no small part why we talk about terroir and how soil and climate effect flavour.’

The olives for Citizens of Soil are harvested around November time, with pickers arriving at 7.30am to begin the laborious task of carefully collecting the fruit. The process of picking and milling needs to be done within 24 hours and once the oil has been extracted, the leftover pulp is turned into firebricks for heating stills, which the family makes raki on.

Just like vines, olive trees last for generations, Sarah tells me, meaning there is a strong tie for people who harvest them – just as in vineyards. There is also a very real link between the practices of harvesting olives and grapes. ‘It’s often the same people in small communities participating in the olive oil harvest and the wine harvests,’ she tells me. ‘It’s all hands on deck.’

When it comes to bartenders using their oil, while not an intentional phenomenon, it’s one that Michel has realised makes sense. ‘Why wouldn’t it work?’ he exclaims. ‘It adds texture, pepperiness… it accentuates certain aspects of a drink.’ A classic example is in Silverleaf’s Verbena/Olive Oil where droplets on the surface of the drink bring a roundedness to a cocktail that also showcases Greek spirit Axia.

It also helps that Vachon has some strong relationships with people in the drinks industry. With brands like FEW spirits, Mr Lyan’s ready-to-drink cocktails and Teeling whiskey on Maverick Drinks’ books, Vachon already speaks a language that buyers and bartenders understand. And the fact that it comes in a bottle similar to that of wine means it looks the part too.

And of course, flavour is a big factor. A side-by-side tasting with other brands in the Vachon’s kitchen helps demonstrate its intensity on the nose along with fresh notes of tomato leaf, some green apple and a lovely pepperiness.

With their second release under their belts (the 2021 harvest), Michael and Sarah have been tweaking and changing up what Citizens of Soil can offer. They’ve done a run of magnum bottles of their oil (much more expensive for them to produce but something they really wanted to do) and their recyclable pouches have been rebranded and can now be posted through letterboxes.

Come the end of the year and Michael and Sarah will be heading back to Dafnes for another harvest season to fill their bottles for 2023. And while I usually reserve excitement for trying new releases of spirits, I can honestly say that I can’t wait to try the next vintage.

The bottled cocktail trend shows no signs of slowing 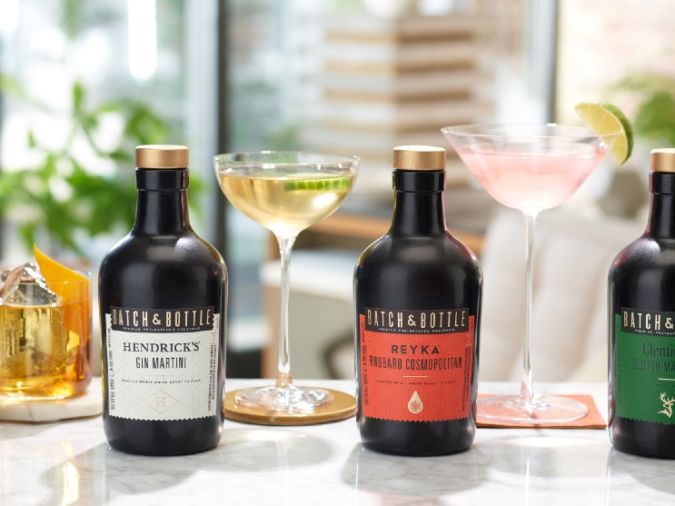 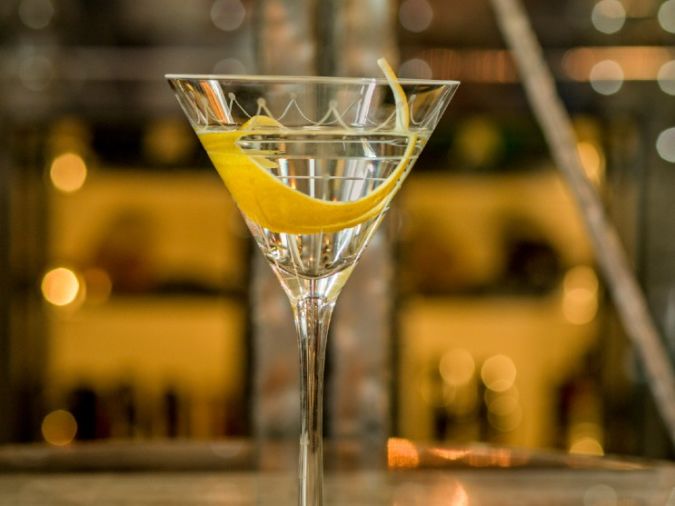 Spirit trends to look forward to in 2022 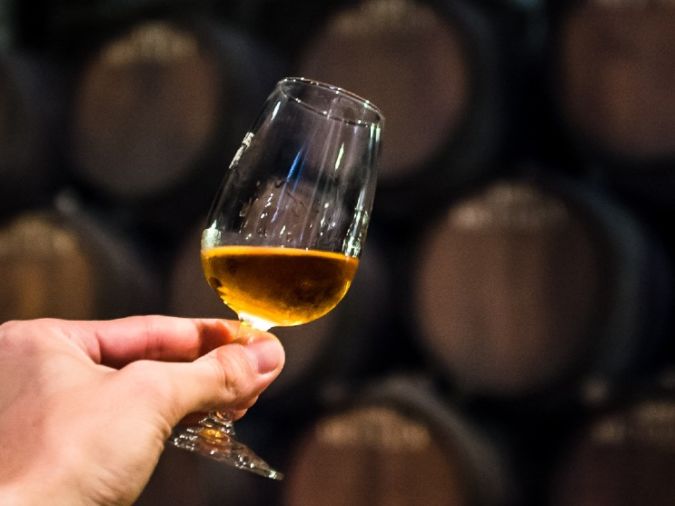