In the US, cannabis is used to help treat a range of ailments from Parkinson’s disease, myalgia and cancer to epilepsy and depression. Connecticut and New York, among other states, have allowed medical cannabis dispensaries to continue to serve their patients and communities throughout the corona outbreak. Safe access to what has been deemed an essential is now being made a priority.

But besides the medicinal dispensaries, there are also boutique retailers, specialising in rare strains and unique blends, with a distinctly recreational focus. These outlets too have been listed as essential in California – where there are over 600 such dispensaries – and many other states including Oregon. Good news, then, for marijuana growers. And good news for dispensaries, which according to the cannabis industry analytics service Headset have seen custom increase by up to 23 per cent during the pandemic.

In the more measured world of medical cannabis, along the west coast in Oregon, long famed for the wines of the Willamette Valley, there has been a growers’ revolution. Situated in the south of the state, East Fork Cultivars was founded by two brothers who were looking to explore the medicinal possibilities of cannabis, to provide relief for their brother, who had suffered from neurofibromatosis, an incurable genetic disorder, since birth.

The Howard brothers specialised in strains of the plant that are naturally high in cannabidiol (CBD), the active element that has medically therapeutic qualities, and lower levels of the intoxicating tetrahydrocannabinol (THC). In short, weed that doesn’t get you high.

Hannah Wallace talked to the brothers for an article in Issue 4 of Club Oenologique, in which Nathan Howard recalled, ‘Everyone I talked to prior to the 2014 Farm Bill was like, “Weed that doesn’t get you high? One: that doesn’t exist. And two: no one is going to want that.” Since then, the brothers have seen public opinion come around, and now produce a range of CBD products for distribution across the country, including a strain called Wesley’s Wish Type II, named after their late brother, who died in 2017.

And, thanks to the latest ruling, consumers still have access to such products during lockdown, leading them to launch a new site, East Fork and Friends to sell their now officially ‘essential’ marijuana. 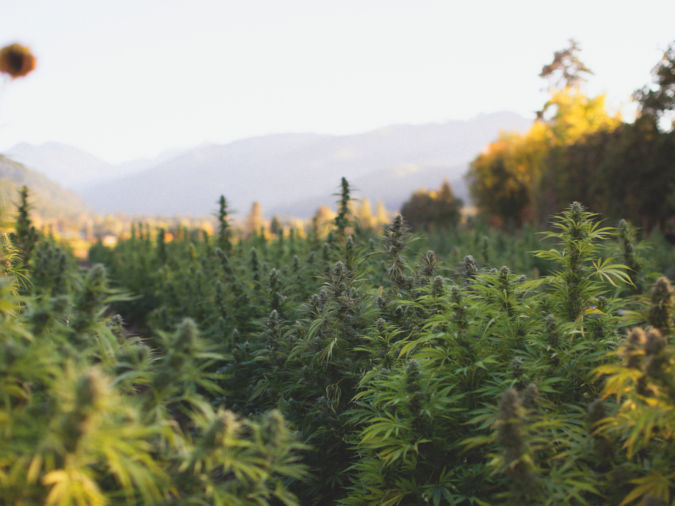