When Burns Night comes around each January, most people marking the occasion will think of pouring themselves a wee dram of Scotch whisky for a toast to the haggis. Robert Burns was a well-documented lover of Scotch, and he didn’t shy away from writing about it, either – even going as far as personifying the drink as a ‘John Barleycorn’ character in his poetry. Yet Scotland, so adept at producing this grain-based beverage, is seeing a 21st-century wave of drink producers eschewing Scotch in favour of rum.

Despite what it seems, it is not too far a leap for the Scots to move from whisky into rum making. Historically a product of the Caribbean islands, plus Central and South America, rum takes its base from sugarcane, commonly molasses, a sticky, treacle-like by-product of sugar production. This, just like in whisky production, is fermented and distilled, before either being bottled raw as a white spirit, or aged in oak casks, and even flavoured with spices. The basics of distilling and ageing are areas where the Scots excel, and the increasing number of rums that are calling Scotland home reflect this excellence.

Some of the new wave of rum makers linked to Scotland engage in the whole process, from distillation through to maturation. One such example is Matugga distillery, where they use a small 200-litre copper pot still to distill seven-day fermented molasses, before maturing their spirit in former bourbon casks. Established in 2018 by husband-and-wife team Jacine and Paul Rutasikwa, Matugga’s rums draw on the couple’s Jamaican and Ugandan family heritage.

While the similarities between Scotland and the famous rum-producing islands of the Caribbean might not be obvious, much like the Caribbean, the history of distillation dates way back in Scotland’s archipelagos. The Orkney Islands, home to highly regarded single malt whisky brands such as Highland Park and Scapa, now has its own rum, too. J. Gow – named after a pirate – is distilled on Lamb Holm, a tiny island (just 0.15 square miles) in the archipelago. Once made, the spirit matures in a mixture of chestnut, virgin oak, ex-bourbon, former red wine and port casks, as well as old whisky casks.

Meanwhile, other Scottish rum brands are simply focusing on the art of maturation, drawing on Scotland’s rich tradition for long-ageing whisky in casks of exceptional flavour and quality. Launched by two Scottish entrepreneurs in 2021, Cabal is a blend of rums sourced from premium producers in Guatemala, Guyana, Trinidad, Panama and the Caribbean. Initially matured in their country of origin, they are blended, before being additionally matured in ex-Pedro Ximénez sweet sherry casks in Scotland.

One further pacesetter for Scottish rum is Dark Matter, the brainchild of Jim and John Ewen, brothers who set about making a spiced Scottish rum. It is made from molasses derived from British sugar cane at their distillery in Banchory, Aberdeenshire, and their recipe includes freshly peeled Oriental ginger, Thai green peppercorns, Indonesian long pepper and South American allspice berries.

With good-quality aged rum long lauded as the natural heir to whisky’s throne, maybe the growth of the spirit in Scotland will present future Burns Nights with a distinctly tropical touch. I’m sure the great man and great drinker would have welcomed toasting with both ‘John Barleycorn’ and his Sugarcane bother, too.

A rum that is made on the Portuguese island of Madeira, before being matured and spiced in Glasgow. Produced by the Glasgow Distillery, Banditti Club is aged for up to a year in oak before being flavoured with spices and tropical fruits including pineapple, orange, cacao and allspice. It is a warming and full-flavoured spiced rum whose fruity overtones linger.

White rum comes straight from the still and is ideal for mixing in classic cocktails such as a Daiquiri and a Mojito. Ninefold’s white rum is handmade in small batches, in the Scottish borders district of Dumfries and Galloway. With aromas of soft marshmallow and lime, and hints of ginger and vanilla on the palate, this one is perfect for mixing.

This particular rum doesn’t come from Scotland, but is a blend sourced from around the main rum-producing regions. Cabal No.1513 is then rested in Pedro Ximénez sherry casks in Scotch’s Speyside heartland. The result is an amber-hued rum with notes of dark chocolate, orange zest, hazelnuts and stone fruits. 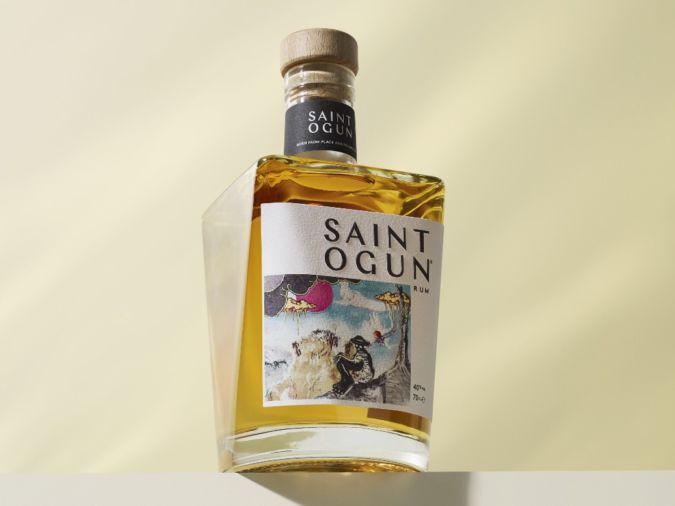 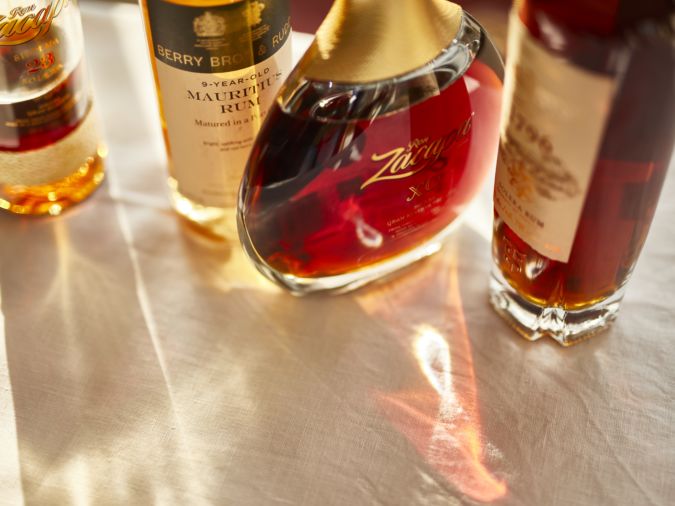 Ian Burrell: ‘There’s still work to be done for people of colour in rum’ 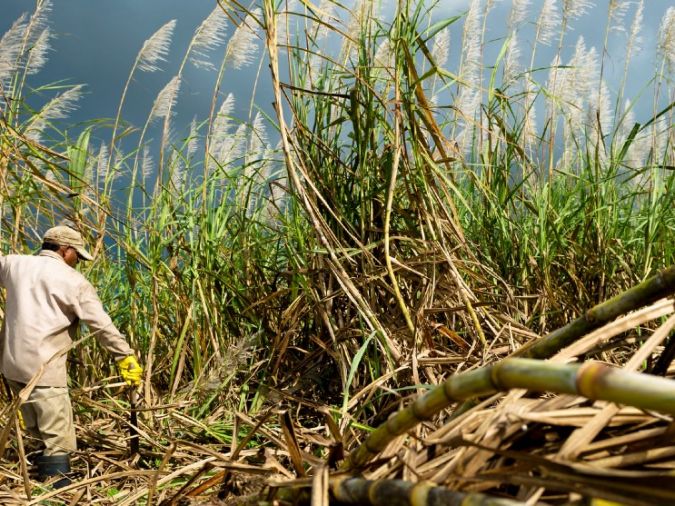